Most recently, the new Sako TRG M10 sniper rifle was introduced, and the rifle is clearly Finnish, but Beretta is featured in many sources. Is this some kind of mistake, or has Beretta updated weapon, in general, we will not understand this Santa Barbara, and try to get acquainted with the weapon itself, especially since not just one rifle was created, but a whole platform with barrels of different lengths and for various cartridges.

By itself, a rifle is a weapon with manual reloading powered from detachable box magazines. Butt folding, mounted on the pistol grip of the weapon at two points. The butt has the ability to adjust its length, as well as the height of the cheek support. Of course, the weapon was not without plastic and light alloys, but visually everything in moderation and everything in its place. The Sako TRG M10 sniper rifle has four seats in the form of picatinny strips, one line at the top, for sighting devices, two short sides and one at the bottom. 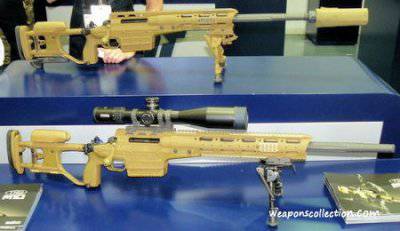 Folding height-adjustable bipods are mounted on the lower mounting bar, and it is worth noting that the bipod installation site can vary throughout the mounting bar, which in some situations may be convenient, for example, when installing an effective silent shooting device that changes the balance of the weapon. The rifle has no open aiming devices, but they can be easily installed on the upper mounting bar, in a set they, of course, do not. The barrel of the weapon, of course, free-hanging, as is clear from the above written information can be of various lengths, which justifies the possibility of the bipods to move along the attachment bar for more convenient use of the weapon. The rifle magazine is fixed by a button located next to the safety bracket, which on the one hand saves space and shortens the length of the weapon, but is not entirely convenient.

It is difficult to evaluate the rifle, as there are practically no reviews about it. In addition, everything is complicated by the fact that the weapon has not yet attracted attention, despite the fact that it can use the most popular ammunition. If you find fault with the pictures, then personally it seems to me quite flimsy of the butt joint, all the same it’s planned to use not the weakest ammunition in the weapon, and it would not have happened that the butt gets loose after a hundred or so shots. Actually, in addition to this, it seems to be a fault and there is nothing. Taking into account the fact that the weapon was designed on the basis of TRG-42, it is generally doubtful that there may be some problems with it, because in order to spoil the "bolt" you need to have talent. 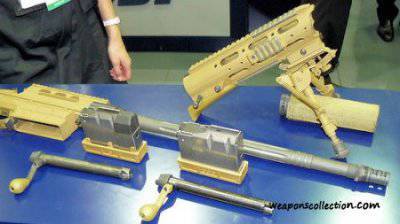 If we consider the weapon as multi-caliber, then it is necessary to note some not very good moments. In particular, when changing ammunition, it will be necessary to change the store receiver, as I understand it, since it is rather difficult to achieve universality in this matter with different lengths of ammunition and, apparently, the designers did not strive for this. Nothing is known about the method of fastening the barrel of a weapon, which is important in general for a rifle, and not just a multi-caliber base. The ability to use a variety of devices pleases, but this is the norm for modern weapons. In general, I would like to see a larger list of possible ammunition for use, since the one that is available, although good, is very small.

In general, it is too early to draw final conclusions, and indeed any conclusions, since the weapon has not yet manifested itself. Perhaps something in the rifle will still be changed, the list of ammunition will be replenished, or at least the facts about the weapon will be known, and only then it will be possible to make a full review while waiting. 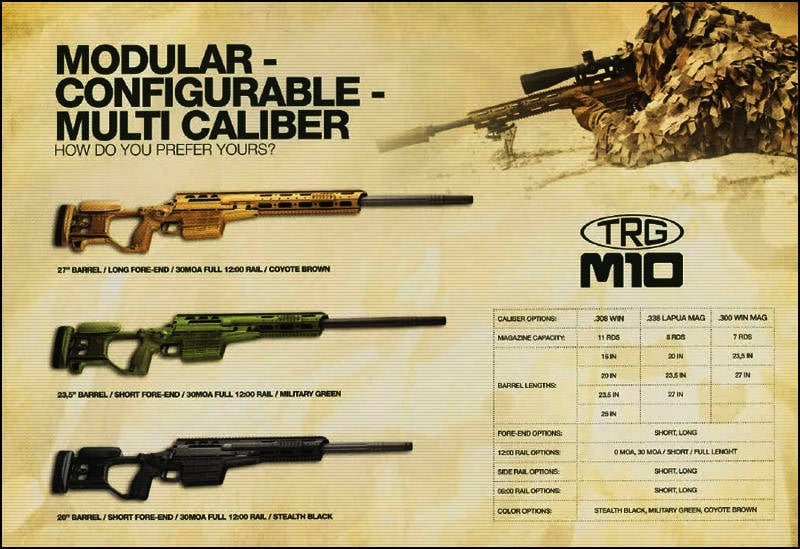 Ctrl Enter
Noticed a mistake Highlight text and press. Ctrl + Enter
We are
DELTA-308 Georgian sniper rifleRifle for professional sniper
26 comments
Information
Dear reader, to leave comments on the publication, you must to register.