What can lead Russophobic mood in Ukraine 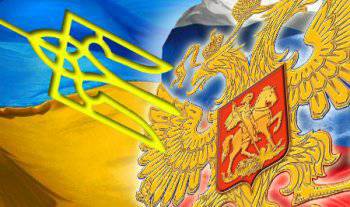 After the collapse of the Soviet Union, many controversial issues arose immediately between Ukraine and Russia. One of the most popular topics for discussion at that time was a link to historical events of the times of Kievan Rus. The Ukrainian political elite has constantly maintained that Kiev is the cradle of the entire East Slavic Orthodox civilization. In negotiations, the Ukrainian side demanded preferences for itself, ignoring the views of fraternal Slavic peoples associated with the common history of Ukrainians. No one could have imagined that after a few hundred years, the fate of Ukraine would depend on its division into the eastern part, annexed to Russia on the basis of the decision of the Pereyaslavskaya Rada in 1654, and its western part, included in the Commonwealth.


These events led to the fact that the once united people had a different culture, traditions, mentality and ethnicity. Eastern Ukraine has become a powerful industrial center, the largest metallurgical complex of the whole country. Enterprises needed a huge labor force and Russian workers from the whole territory of the Russian Empire, and then from all over the USSR, reached the east of Ukraine. The main language of communication was Russian, while Russian immigrants brought their traditions and culture to Ukraine. Before the accession of western Ukraine to Russia, it was part of Austria and Poland. And for these countries, Russia has always been an opponent. The Russian occupation during the First World War left only fear in the memories of the inhabitants of the western part of Ukraine. After being incorporated into the Soviet Union, the inhabitants of the western annexed territories for a long time fought the new government against weapons in hand. Most of the population of western Ukraine speaks Ukrainian, in schools teaching is in Ukrainian. In addition, the residents of western Ukraine are mostly Catholics or parishioners of the Uniate Church. The population of the eastern part of Ukraine is Orthodoxy and are parishioners of the UOC, which is part of the Moscow Patriarchate. The population of the eastern part of the country speaks mixed Russian-Ukrainian language. In schools, instruction is conducted in both Ukrainian and Russian. Eastern Ukraine is more focused on cooperation with Russia, and the population of the western part of Ukraine is anti-Russian.

In fact, it turned out that the country is split into two parts. The linguistic border within Ukraine is becoming more and more clearly formed, this is especially evident in the younger generation. The east and southeast demand to recognize Russian as the second state language, but this request is blocked by the west of the country. The gap is aggravated by the section on religious, geopolitical and civilizational areas of various regions. There are regions that actively require independence - this is Transcarpathia and Crimea. Donbass and Galicia are trying to impose their image all over Ukraine. They say that there are fewer differences between Montenegro and Serbia than between Eastern and Western Ukraine. In fact, it turns out that it is not possible to Ukrainize the whole country, it is impossible to establish good neighborly relations with Russia, a significant part of the population of eastern Ukraine does not support the decision on the country's accession to NATO, etc. The struggle is not so much between parties, as between regions.

These circumstances are used in their political game by the Ukrainian nationalists, who have practically 90% support from the population of the western part of Ukraine. In order to influence the political, economic and military situation in the country, the nationalists create parties that are trying with all their might to get into the corridors of power of the Ukrainian state. One of these parties is the Ukrainian nationalist party Freedom. Since its participation in the elections, this party has received no more than 1% of the vote. On the "account" of the party "Freedom" riots perpetrated in Dnepropetrovsk. The Ukrainian Jewish Committee claims that this party is fascist. In 2009, the people of Sevastopol dispersed a rally organized by members of the Svoboda party in support of their presidential candidate, Tyagnibok. About 300 residents of Sevastopol took to the streets with slogans - "Fascism will not pass." In 2012, the European Parliament passed a resolution on the Ukrainian Freedom party. In it, representatives of the international community pointed out their concern that the nationalist party became part of the Verkhovna Rada. The European Parliament recalled that racist, xenophobic and anti-Semitic views promoted by the Svoboda party are not in line with EU principles.

But lately, the Svoboda party has begun to rapidly increase its influence and has become very popular among the Ukrainian population. Thanks to the support of the western population of Ukraine and many Ukrainian politicians, the works of the nationalists were not in vain: during the years of "independence", a national intelligentsia was created in Ukraine that is extremely anti-Russian.

The western regions of Ukraine (Lviv, Ternopil, Ivano-Frankivsk, etc.) became the pillars of the Russophobic moods. They formed a front against the Ukrainian regions, pro-Russian set. One of the results of the Orange Revolution was the creation of a sufficiently powerful political electorate by merging voters in the central part of Ukraine, supporting Tymoshenko, and western Ukraine, which were led by V. Yushchenko. It is not excluded that the strengthening of the Svoboda party is connected with the plans of splitting the “orange bloc”, singling out zapadents from it, joining them to the nationalist Svoboda party, and there it’s not far from the arrival of the russophobic politicians.

The fact that this plan is quite real is confirmed by the recent elections to the Verkhovna Rada - three parties: Yulia Tymoshenko’s “Batkivshchyna”, Freedom Т Freedom ’and Klitschko’s“ Hit ”received more votes than the eastern and southeastern parties of Ukraine: the Communist Party and the Party regions. If the nationalists have a bright leader who can rally anti-Russian forces around himself, then, practically, his coming to power is a foregone conclusion. Moreover, in Kiev, the positions of the Svoboda Party are strong enough - a third of the Kiev residents cast their votes for this nationalist party in the elections. This means that the project of the final break-up of Ukraine from Russia is reaching a decisive line. It should be noted that the Svoboda party finds sufficiently convincing arguments for propaganda of anti-Russian, anti-Semitic views, which attracts more and more of the country's population, and especially the youth. The nationalistic treatment of the Ukrainian population is very dangerous for Russia. According to some analysts, it can even lead to military confrontation between the two states. Perhaps the Ukrainian nationalists are trying to bring everything to a small, even if not victorious, war with Russia. What this may lead to, we have already seen from the result of the Russian-Georgian military conflict in 2008. Georgia was defeated by its more powerful neighbor, but relations between the two countries finally deteriorated, perhaps for a very long time.

Ukrainian nationalists, in particular, the Svoboda Party, take time to process the Ukrainian population, because in order for the “brother to go to brother” it is necessary that the Ukrainians give up their relationship with the Russian people. Ukrainian Russophobic parties are actively pursuing the ideological treatment of their population.

Unfortunately, few people see that such activities can lead to the opposite result - Ukraine can be divided into two states either peacefully or in a civil war. This will be the result of a long split in society and aggravated hostile relations between the population of the east and west of Ukraine. So far, no political party dares to even say about the possible division of the country - because then there will be a real threat of losing Ukrainian statehood. Whatever the contradictions between the political parties or the eastern and western regions of the country, while everyone is united in the opinion that it is necessary to preserve the single socio-cultural community of the Ukrainian state.

In the meantime, the parties are fighting for power, the common people believe that for each of the citizens of Ukraine it is now important to preserve their social status: high salaries, normal medical care, educational opportunities and good pensions.

Ctrl Enter
Noticed oshЫbku Highlight text and press. Ctrl + Enter
We are
The myth of "European Russia-Ukraine"Situational analysis of the death of the MH17 flight (Malaysian Boeing 777), made on the basis of engineering analysis from 15.08.2014
295 comments
Information
Dear reader, to leave comments on the publication, you must to register.