The work of our Air Force: a review of the foreign press 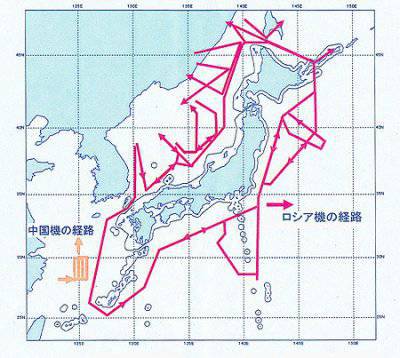 Made a small overview of the coverage in the Western press of our Air Force activities For 2013 year, the Russian Air Force managed to bring rustling in different parts of the world. February 5: Tu-95, flying near Japan. February 12: Tu-95, circled the Guam base, for the first time in 20 years. February 26-27: Tu-22, a training attack on the Aegis cruiser and missile defense facility located in Japan. 15 March: TU-95, flying near Japan 29 March: TU-22, training attack on objects in Sweden So not only the Swedes are lucky with attention to their person. But the activation of our Air Force did not begin yesterday. Found article 2011 of the year on the activities of our air force in the region of Japan.

Ctrl Enter
Noticed a mistake Highlight text and press. Ctrl + Enter
We are
Reports from the militia of New Russia for 7 September 2014 of the year
65 comments
Ad