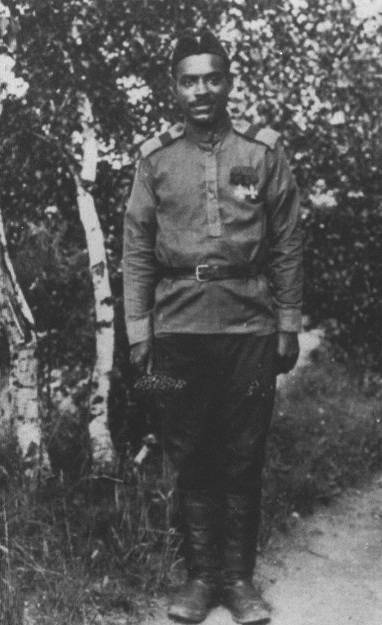 In a year and a few months, the centenary of the event will be celebrated, which will radically change the fate of humanity. Speech on the First World War. Why did I talk about her now? There are two good reasons for this, in my opinion.


First, the “round date” - 1 August 2014 - will be at the height of the holiday season and attention to it will not be too great. Secondly, in the country where you and I live a century of the Great War, most likely, it will be reduced to the anniversary of the legion of the Ukrainian Sich Riflemen (OSS).

People’s deputies Doniy and Bryginets a month ago registered a bill proposing to celebrate this “fateful” date at the state level. Even if this project does not become a law, there is no doubt that we will hear a lot about CSS in next August. But the Russian army, I venture to suggest, will remain in dense shadow. They will remember about it except that in the context of the battles on Mount Makovka, where, in the opinion of nationalist historians and propagandists, the Sich archers won a tremendous victory over the tsarist troops.

Therefore, there is a big chance that those who fought under the Russian flags will remain in oblivion. And not only our compatriots were among them. The most famous foreigner in the service of Nicholas II is General Radko-Dmitriev. Bulgarian, member of several wars, army commander. However, Radko-Dmitriev is not the only person from the Balkans who led our great-grandfathers and great-great-grandfathers into battle.

Here is another example - Prince Arseny Karageorgievich, brother of the Serbian king Peter I. He received baptism of fire in the Russian-Japanese war. Then he participated in two Balkan wars and, being disappointed with their results, he left for his second homeland - to Russia. During the world war, he was the brigade commander in the 2 Cavalry Division. At headquarters, the prince did not sit out and was awarded the Order of St. George IV, for bravery.

If you develop the plot of the service of European aristocrats in the army of Emperor Nicholas II, then you need to recall the great-grandson of Napoleon's marshal Joachim Murat. In Russia, the descendant of the Neapolitan king was called Napoleon Akhilovich. At birth (his mother was a Georgian princess of the Dadiani clan) the boy was named Louis Napoleon. He began his military career in the French army. In the Japanese war went to the Russian service, and in World War I was already a general. Prince Murat fought in the Caucasian native horse division, better known as the Wild Division. In the winter of 1914 / 1915. during the fighting in the Carpathians, Napoleon froze his feet. He then walked with difficulty, but remained in the ranks.

In the same "Wild Division" fought Persian Prince Feyzulla Mirza Qajar. This is a completely “our man” - he studied at the Russian military school and, up to the October Revolution, served in the Russian army. In World War II, he consistently commanded the Chechen Equestrian Regiment, the brigade, and then the entire Caucasian native division. 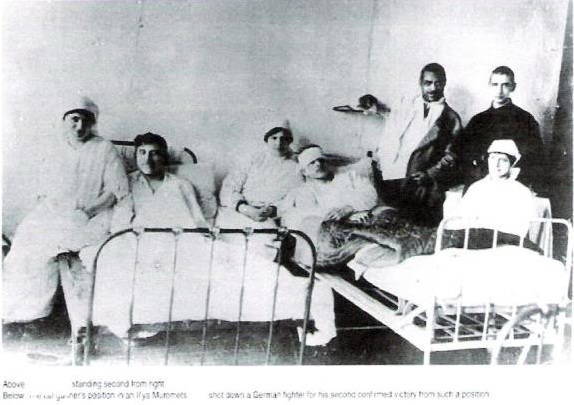 And absolutely unique person - Marcel Pla. Its origin is unknown, it is also unclear how the fate of this man after 1916. The fact that he was a dark-skinned, so some thought that right from the circus, he got into the squadron of airships (a mix of the famous Ilya Muromets bomber). There is, however, the opinion that Marseille is from French Polynesia and that he was brought to us as a teenager. For several years, Plya fairly became Russified, although he remained a subject of the Third Republic. Fighting in the Squadron, Plya became a knight of two crosses of St. George. Marcel was a well-aimed machine-gunner and a very brave man: a case is known when he climbed onto the wing of the “Muromts” during the flight and started fixing damaged engines. These works were carried out at a height of one and a half thousand meters.

By the way, it is interesting that almost all of the characters I have named have fought on the territory of Ukraine. Here they would be remembered in August of the fourteenth, and not “ususiv” with their notorious Makovka. But, alas ...

Ctrl Enter
Noticed oshЫbku Highlight text and press. Ctrl + Enter
We are
Bellver Castle - “my home is my round fortress”Western Ukraine vs Poland: unsuccessful attempt of the Galician statehood
Military Reviewin Yandex News
Military Reviewin Google News
15 comments
Information
Dear reader, to leave comments on the publication, you must to register.