The Russian army is fighting with itself

December 17 2010
2
According to some independent experts and experts, the Russian army a year loses about two thousand people with non-combat losses, for 5 years an amount is accumulated that is comparable in state to a full-fledged division. The official numbers are much less so in 2006, non-combat losses - 554 man, 2007 - 442, 2008 - 471. The Russian army, being on its territory and not conducting military operations, loses about a battalion a year, according to official statistics. Most are killed in road accidents and commits suicide - this is the lion’s share of the losses of the modern Russian army, then there are incidents related to the exercises, not for nothing that they say that the Russian army is dangerous even during maneuvers.

If you think a lot or a little - 471 life for 2008 year? We will not take into account the fact that any human life is priceless. Let's try to correlate these losses with the losses of other countries, take, for example, the United States. Having started a military company in Afghanistan in October 2001, the United States lost a 1407 man in the conflict, in 9 years, the Russian army has been trying to achieve a peaceful life in 3 for a year. In Iraq, the non-combat losses of the US Army are estimated at about 900 people, this is over six years. It must be borne in mind that the United States suffers losses in a desert, hot climate, which leads to a large number of equipment accidents, primarily helicopter crashes, which the American army suffers during armed conflict. The numbers of American non-combat losses in Iraq are achieved in 2 of the year! This is in terms of finding the army on the territory of their country, without conducting combat operations. These are the sad figures here. It turns out that we are losing not just a lot, but a lot.

If we talk about the teachings, then since the Soviet times there has been a tradition not to disclose the losses incurred by the country in international exercises. According to specialists, the USSR lost from 150 to 200 people per year, now international exercises are conducted on the whole even more, with a decrease in the troops involved in them. Therefore, there is every reason to believe that these losses incurred by the Russian army remained at the same level. Therefore, information about the losses on such exercises appears very poorly and it is difficult to verify its accuracy. So according to a number of media reports at last year’s joint Russian-Chinese exercise, Peace Mission - 2009, during fights with a conditional adversary, both sides suffered casualties in manpower. Russia lost about 15 people, China - 60, it is reported that the cartographers, who disoriented the military on the ground, were to blame. And such facts can be found a lot, if you search. We will not deal with international maneuvers; we will consider cases that occurred during exercises, tactical exercises, and shooting practice this year in Russia. 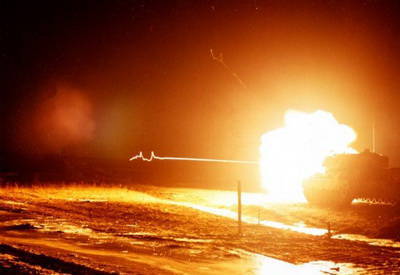 On the night of April 8–9, at a firing range near Kamenka during night firing, the T-80 tank shot at the rear and hit the tower, the central fire control center. As a result, 2 lieutenants who were on the tower were killed. The commander was accused of everything tank, junior sergeant Alexander Shlakin, who was sentenced to 4 years in a settlement colony, it was he who lost orientation on the ground, and then pressed the trigger and fired. But is this person to blame for the big question. By the way, Kamenka is generally a “cursed” place, just enter this name in Yandex and a lot of things pop up News about the part, then there the soldier will commit suicide, then hazing, then careless handling weapons, and in the summer of this year, under the collapsed wall of the warehouse, a soldier conscript killed another 4 man, so think after this anomalous zone or is this our army.

Returning to the episode of nightly means, I would like to especially note how they were conducted and what they write on the Internet mainly from the words of Alexander himself.
1. For the junior sergeant, these were the first shooting practice, as he warned the higher command.
2. In the tank did not work pointer, showing the rotation of the tower, it is not highlighted.
3. Shot fighting fragmentation shells, not blanks
4. During the night, only targets are illuminated, until tanks shoot out, it is forbidden to turn on any sources of light due to safety measures, but the light on the central tower is on fire.
Thus, instead of the target of discharging, the central observation tower was struck, negligence, carelessness and a small experience of the crew led to tragic consequences.

6 July at the training ground in the Volgograd region during an exercise, an officer was killed, Aleksey Pavlenko - the captain of a company of an airborne assault brigade. The captain died, saving the life of a conscript soldier. Awkwardly, the soldier threw a grenade out of the trench, as a result, she was under his feet, first the officer tried to shove the soldier out of the trench, but realizing that he was not in time, he covered him with his body, Alexey Pavlenko died in minutes after his injuries, and the soldier stayed alive. 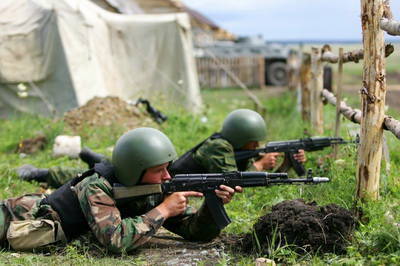 During and in preparation for the East-2010 exercises that took place from 29 June to 8 July, 6 people died. The first victims were the tankman 3, who died, again, during the night firing, which was carried out as preparation for the upcoming large exercises. The tragedy occurred on June 10 at the Burduny testing ground in Buryatia. During the shooting in the T-72 tank, a powder charge exploded in the shell of the projectile; all three crew members died. The burning tank could not be put out for 5 hours. Later, different versions of what happened, from the human factor, were expressed - the shell simply fell out of its hands and detonated; the crew smoked in the tank, until the technical malfunction of the tank charging mechanism.

25 June a platoon of soldiers in full uniform returned on foot march from the Zavitinsky training center (Amur region) soldier soldier Alexey Aliev fainted and fell, he and two other injured were taken to hospital where he died June 12, without regaining consciousness, cause of death called abnormally high temperature.

The next day, 26 June, Viktor Lyalyaev died at the training ground near the village of Yekaterinoslavka (Amurskaya oblast), he did not reach the 200 tent meters, lost consciousness and soon died. The official version is heatstroke. Although, according to the information of the deceased's brother, before that, at the test site, Lyalyaev took part in a fight, after which no medical aid was provided to him.

July 5 during an exercise at the district Knyazevolkonsky range killed an ordinary 19-year-old Denis Petrov, called up from Izhevsk. As the military doctor later noted, the conscript had pneumonia, dehydration, diarrhea, and a general physical overload of the body. Even without taking into account how a sick person was sent to the teachings, another is surprising. At the military training ground there were no qualified specialists who could give the ordinary necessary help, there were no necessary medicines. At the same time, the exercises were not unplanned, but planned! They were planned for several months. What will happen to the Russian army in combat, if it is not provided with medical support, even during exercises.

This is only a series of famous cases of this year. But they also show that in today's army, even with the reforms underway, little has changed. Soldiers, as they died in peacetime, and die. The Russian army has been waging a war of annihilation with itself for a year now and does not want to retreat a single step.