From Ilyich to Ilyich. Essay based on comments on the site 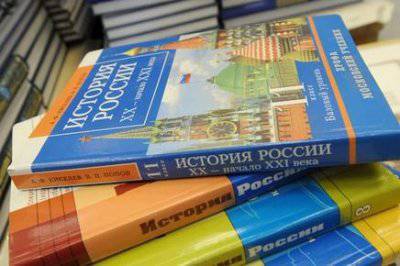 The reason for writing the article was not so much the wise instruction of the president about preparing a textbook for schools for schools in Russia storieshow much vigorous the reaction of the public, including commentators site.


There is no dispute, the textbook is needed. But there are some very difficult questions that I would like to receive an answer in a possible discussion. Moreover, both the composition of the authors and the narration of the story will, by and large, be an indication of how Putin’s activities correspond to his speeches, and what Russia can receive as a result of his rule. (The article was written before the TV show, after which this question disappeared from many).

The first is, of course, the composition of the authors. For if among them are such “prominent figures of historical arts” as Svanidze and Pivovarov, then the maximum that our children will receive in schools is the feeling that the history of Russia began in 1991 year. And before that, a solid "darkness of ages." Well, of course, among the heroes of this new Russia, Gaidar, Chubais, Yavlinsky and their ilk will stand out first. Vlasov and Krasnov with Skins will be recorded in the martyrs. Dudaev with Maskhadov and Politkovskaya with Yushenkov will also go there. Well, Gorbachev and Yeltsin are the saviors of the Fatherland, do not go to your grandmother. However, the reaction of most normal people to these two historical "scumbags" is quite adequate. But the trouble is that in addition to them there is a mass of people who, stigmatizing their shame, at the same time give a similar assessment to certain historical events. And if these two work solely because of money, then the rest is much more difficult. One of the clearest examples is the question of the Cossacks and dispossession. Here, even with Judas Trotsky, it is difficult to be objective, but what about Stalin? We will write that he loved the Cossacks, and during the defense of Tsaritsyn he even cried when he gave instructions about the execution of military experts and the same Cossacks. And Podtelkov with his friends and Budyonny with Gorodovikov, in the suppressors of the Cossacks, we shall write down or in the revolutionary Cossack Kraskians. And how will we evaluate the activities of the Cossack atamans, who were going to separate themselves from Russia, as fighters for the Russian people, or as traitors who are no different from the current gay belolentochnikov. Not an easier question and with the surplus. Let me remind you that it was introduced not by the “bloody Bolsheviks”, but by the father Tsar Nicholas, and that she was introduced not from the desire to “eradicate the Russian people”, but because of the vital necessity in the warring country. It is no longer necessary, replaced by a tax in kind. Appeared Stalin, who heads the party and the state, to ensure industrialization, again introduced tough measures. How will we evaluate this period in the textbook? How is Russia's disaster or its achievement? I foresee comments in which, as before, it will be indicated that de mol masons and Jews perverted the Stalinist ideas, and he fought with them. Then you should probably indicate what was perverted, and what you fought for. After all, whatever one may say, Stalin, like his predecessors, and we will not be cunning followers, built socialism. That is, the formation that Lenin began to build, and which Khrushchev and Brezhnev continued to build. Now they talk a lot about building an empire for them. But this is only a form of existence of the state, and not an idea for the sake of which the state exists. If to be consistent, then under the “Trotskyite” Khrushchev and under the “stagnant” Brezhnev the state only strengthened. Someone has already forgotten, and someone did not find the time when there were two systems in the world, which in general were equal in their military and economic power. And, not the fact that our system for the most part of mankind was less attractive. By the way, it is not clear why "kukuruznik" (this is just clear) Nikita has recently been called a Trotskyite. In the initial period of the revolution, everyone (including Stalin) dreamed about the world revolution, and the fact that Nikita tried to expand the number of supporters of our country under the authorities, probably all the same to him.

A separate line in the series of rulers of this period is the figure of Lenin. What mark he deserves in the history of the country. It is possible and not to pay attention to the cries of individuals about the bloody tyrant (the same thing they say about Stalin), but it is amusing that in the evaluation question the most belolentochnye "liberals" speak word for word the same thing as terry fans of pre-revolutionary Russia. At the same time, both those and others continue to demand free education and medicine, decent wages and pensions. of what Lenin and his followers proclaimed as the main idea, and that well, we actually had a different social order. References to the fact that in America and Europe they received more, in my opinion, are untenable, because they began to receive, after the formation of a socialist state., As a result of repeated fights with power and the fear of the owners, without sharing a part, to lose everything. Now this fear is lost. And to expect that Roma, Tolyasik and Usmanov with Potanin realize and give the people the stolen money, it is not necessary. I note to myself that it is not embarrassing to any of the screaming people that until recently they enjoyed using free goods promoted by Lenin with pleasure, without being embarrassed by his tyranny. They talk a lot about double standards "over the hill". However, we have them no less. From the point of view of the Vladmiris and Suzdalians, both Nevsky and Donskoy, who used the Tatars in the struggle for power, by no means look like guardians for Orthodox Russia, and the people of Novgorod clearly should not have great reverence for Grozny. About Peter the Great, I really do not speak. We will write about them in the textbook, and at the same time, how will we interpret the capture of Kazan?

A science essay usually concludes. So I will be on science. Find old school dogorbachevskie textbooks and reread them. There, if they drove kings, then only the latter, they wrote about Stalin without fanfare, but without dirt, the achievements under Nikita were not ignored. It may be worth it for the secondary school to return to this form of presentation, and for inquisitive minds leave the opportunity to rummage through the Internet on their own and go to the library more often.

Ctrl Enter
Noticed oshЫbku Highlight text and press. Ctrl + Enter
We are
What you didn't want to know about EnglandHow can Russia survive and win in the 21st century?
72 comments
Information
Dear reader, to leave comments on the publication, you must to register.