April 29 2013
80
Passions continue to seethe around the tragedy that happened in the Sea of ​​Japan 8 January 2008 of the year. Recall that on that day 20 people were killed aboard the nuclear submarine Nerpa and 21 were hospitalized with a diagnosis of "poisoning" due to the abnormal response of the fire extinguishing system and the release of a mixture of freon and tetrachlorethylene. Of the twenty dead, the 17 are members of the so-called receiving and receiving team, who together with the crew participated in a kind of run-in of the nuclear submarine cruiser. There were a total of 8 people on the 2008 submarine of January 201 of the year. 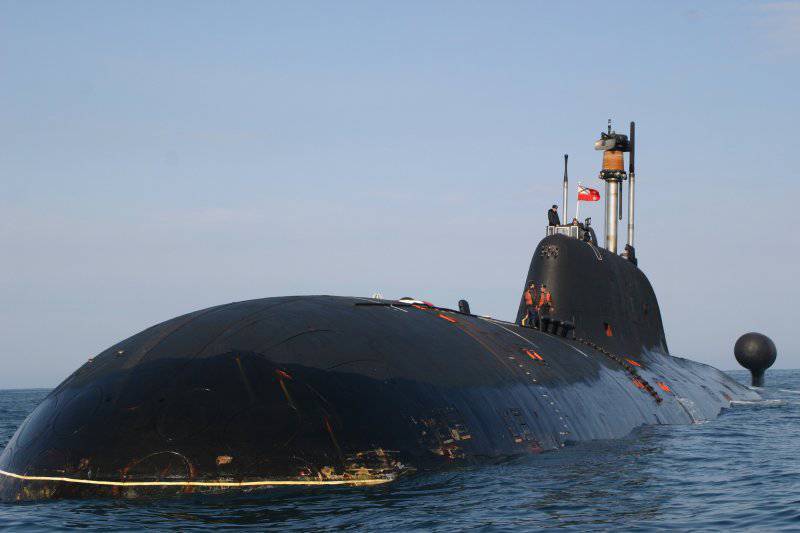 According to the results of the investigation, the prosecutor's office decided to charge the “Nerpa” captain Dmitry Lavrentiev (the captain of 1 rank) and foreman Dmitry Grobov. According to the investigators, it was the foreman Grobov who decided to press the fire button without authorization in order to suspect the watchman in such a strange way. Why Coffins could not take advantage of more adequate situations for the situation, and what generally led him to take this fatal step, the investigation and the prosecutor's office did not explain.

Captain 1 of rank Lavrentyev was accused of bringing an untrained crew to the test boat, in which, apparently, the most unprepared crew was identified as the foreman (bilge driver) Grobov. Moreover, Dmitry Lavrentiev was also blamed for the fact that he himself allegedly acted unprofessionally during an emergency on the “Nerpa”.

First, by what criteria did the investigating authorities determine the crew’s unpreparedness, and even assuming that such unpreparedness of individual crew members could manifest itself, then for what purpose did the experienced Dmitry Lavrentyev use the services of these people on the boat? After all, the nuclear submarine cruiser is, it seems, if it is not a private stall, where shawarma is offered, and its owner is free to choose cooks at his own discretion ... And, therefore, the crew - what was ...

Secondly, as far as the inexperienced foreman Grobov needed to be, in order not to take advantage of the regular communication systems that were on board, in order to bring the watchman to him, but instead, excuse me, cut in the fire extinguishing system. If you believe the arguments of the investigation, then it turns out that the Grabs with the same "success" could try to beckoning the watchman, hitting the elements of ammunition with a hammer (if there was one on the submarine at the time) ... Grobov himself during court sessions denied the fact that He pressed the fire extinguishing system trigger button on the submarine.

Thirdly, how it happened that the launch of the fire protection system occurred at the touch of a button. After all, if the developers have foreseen just such a version of the fire extinguishing system, then, it turns out, the boat was not completely insured from its operation: for example, a button could be pressed for fatal randomness - everything happens in a limited space when a large number of people gather.

Fourthly, if even the fire extinguishing system worked, then why all this led to victims in general. It turns out that freon was used in the system, as mentioned in one well-known film, “the wrong system.” After all, if the fire extinguishing substance was suitable, and in addition the entire system also worked in normal mode, then you need to ask questions already to the developers and tankers: and what - if any fire protection system fires, the chances of surviving the crew will tend to to zero. Well, what is the difference between this fire extinguishing system and how someone would just let the water inside the submarine ... Sorry, but the effect with the number of victims would probably be the same.
And if we assume that the technicians were “screwing up” at the factory, then why only members of the submarine’s crew were in the dock. No, it is, of course, clear that the captain of the vessel should be responsible for everything that happens on this vessel, but it is unlikely to be blamed for the fact that the manufacturers could not have fulfilled all the elementary requirements, which led to the tragedy .

Such inconsistencies clearly did not find an explanation at the regular court hearing on this strange case that took place the other day. The jury decided that the actions of the captain of the 1 rank Dmitry Lavrentyev and the foreman Dmitriy Grobov did not contain any corpus delicti, and an acquittal was pronounced on the two accused sailors. At the same time, it is reported that the experts had carefully analyzed the recording of events on the Nerpa submarine, captured by the registrar on that fateful day, and the same specialists did not determine non-professional actions on the part of the submarine team. This added confidence to the jury that neither Lavrentiev nor the Sepulcher were guilty of the tragedy.

As it later turned out, this was not the end of the Nerpa case. Naval prosecutors believe that if the jury were competent in technical matters, their verdict would be the opposite of that rendered. The prosecutor's office is confident that the objective conclusion of the tragedy by the jury did not allow for the “complexity of technical nuances”, and in addition the defense “deliberately distorted the facts”, thereby misleading the jurors. Based on this, the prosecutor's office intends to appeal the verdict on appeal.

It should be noted that the acquittal verdict against Lavrentyev and Grobov is not passed for the first time. The first acquittal was announced a couple of years ago, and then the prosecuting authorities decided to appeal against it to the Supreme Court. The Supreme Court overturned the acquittal verdict handed down by the jury and referred the case to a new trial. The defense and then petitioned that the case be tried in a jury trial. The petition was granted, which immediately discouraged the prosecutors. Obviously, they were counting on the fact that the second time the court would pass without the participation of jurors, which would give more chances to the prosecution, but had to again hear the acquittal.

I wonder how many more court sessions will the prosecutors need to put an end to this matter? Or everything moves to the fact that appeals against sentences will go up until Lavrentiev and the Graves still do not appear behind bars. If so, this will be another oddity of the justice system in our country ...

It is noteworthy that, in addition to indirectly accusing jurors of incompetence (and no one obliges them to be competent in the technical nuances of nuclear submarines), the Military Prosecutor's Office decided to let off steam, accusing journalists as well. According to military prosecutors, information has passed in a number of media outlets that is distinguished by bias and also complete incompetence. At the same time, the main controversy spun around the recording made on January 8 2008 onboard the Nerpa submarine. Military prosecutors say that this is an audio recording from the registrar of the submarine, and journalists say that it is still a video. Although there is no fundamental difference in this, because the video recording of the audio recorder itself is difficult to fully call video recording, but, nevertheless, it is still a video. And the quality of the recording is such that to argue about whether it is proof of the guilt of the captain "Nerpa" or is not actually meaningless ...

Whatever it was, but the situation with the accident on the "Nerpa" continues to be in a "flooded" state. The persons really guilty of the tragedy are not clearly identified.

Ctrl Enter
Noticed a mistake Highlight text and press. Ctrl + Enter
We are
From the courtroom to the seaExperts in court called an unexpected reason for the death of 20 sailors on the Nerpa nuclear submarine - toxic gas has nothing to do with it
80 comments
Information
Dear reader, to leave comments on the publication, you must to register.