Appeal by US President Barack Obama on the Armenian Genocide 1915 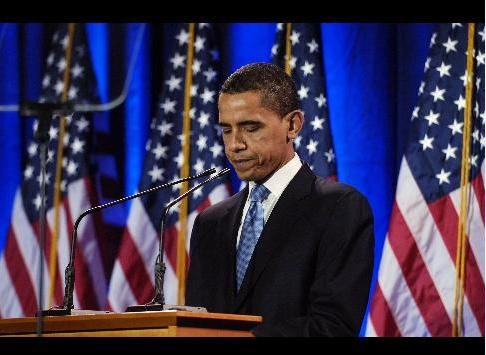 Every year on April 10, the President of the United States of America makes a traditional appeal to the Armenian people about the Armenian Genocide at the beginning of the last century. So 24 April 24, the current US President Barack Obama in his speech said:

“Today we celebrate“ Metz Yeghern ”(which means“ great massacre ”in Armenian) and honor the memory of those who died in one of the worst atrocities of the XX century. 98 years ago, in the last days of the Ottoman Empire, a half million Armenians were killed or sent to death "

President Obama, in his address, stressed that by recognizing the painful elements of his past, nations are becoming stronger and create the basis for a more and more tolerant future. “We value this lesson in the United States as we strive to come to terms with one of the darkest moments of our own stories, ”Said President Obama.

He also noted the indomitable spirit and great strength of the Armenian people "in the face of great misfortune and suffering." As we see, Barack Obama did not utter the word “genocide” again, despite his election promises to recognize the Armenian Genocide.

Recall that back in 2008, being a senator, Barack Obama stated that the Armenian Genocide is a recognized fact, confirmed by documents and a huge amount of historical evidence.

Note that despite the fact that Obama again did not utter the word "genocide", the Turkish Foreign Ministry again criticized the appeal of Barack Obama and called his position "one-sided, unfair and biased."

The Turkish Foreign Ministry recalled the harm that such a one-sided interpretation of “controversial historical facts” could cause, and expressed the hope that “Washington, as an important partner of Turkey, will not continue to deepen the problem, but instead will be constructive to achieve a solution, and will encourage Armenian side, avoiding objective scientific research of this issue, to be more realistic and flexible. "

Recall that back in 1915, in the joint Declaration of the allied countries (Great Britain, France and the Russian Empire), the killing of Armenians was recognized as the first crime against humanity.

The United States passed resolutions on mass killings of Armenians (1916,1919,1920) three times. In 1940, the creator of the term genocide, Raphael Lemkin, tried to gain recognition of the Armenian Genocide of the UN.

The Armenian Genocide was recognized by the Council of Europe, the European Parliament, the UN Sub-Commission on the Prevention of Discrimination and Protection of Minorities, the World Council of Churches, etc.

Various reputable community organizations. In 2001, the joint Turkish-Armenian reconciliation commission appealed to the International Center for Transitional Justice to independently determine whether the events of 1915 were a genocide.

At the beginning of 2003, the ICTJ presented the conclusion that the events of 1915, fully fall under all the definitions of genocide and the use of this term is justified.

Ctrl Enter
Noticed oshЫbku Highlight text and press. Ctrl + Enter
We are
Turkey plays on its attitude to the Armenian GenocideOn the other side of the “red” and “white”. Izborsk Club Report
Military Reviewin Yandex News
Military Reviewin Google News
152 comments
Information
Dear reader, to leave comments on the publication, you must to register.