Crimean echo of the Syrian war 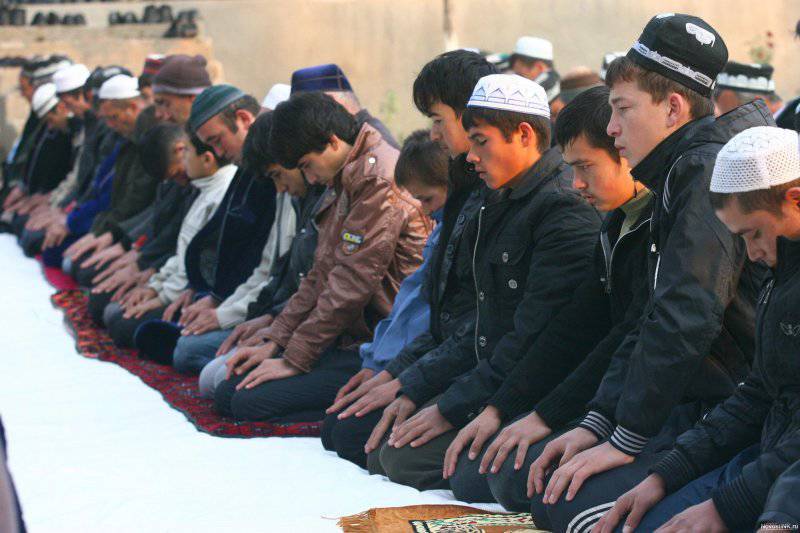 It is alleged that A. Dzhepparov was a supporter of Hizb ut-Tahrir. The official goal of this organization is to create an Islamic Caliphate in a non-violent way. However, Russian law enforcement officers and their colleagues from the republics of Central Asia have strong doubts about the adherence of Tahrir to non-violent methods. Since 2003, the activities of Hizb ut-Tahrir have been banned in Russia, and several dozen of its adherents have been brought to criminal responsibility on charges of extremism and terrorism. A judicial ban on Hizb ut-Tahrir activities has been imposed in Germany, although the United States refuses to put it on the list of terrorist organizations. They see nothing dangerous in its activities in other Western countries, thanks to which Europe has become the base of Hizb-ut-Tahrir (2) today.


In Ukraine, where this organization operates quite legally, its target audience is precisely the Crimean Tatars. Hizb ut-Tahrir in Ukraine has access to the press, television, holds regular conferences. In Crimea, the noise was raised several times around the activities of the Islamic community "Davet", up to and including trials. The community was accused of being a disguised Hizb ut-Tahrir affiliate trying to penetrate all structures of social and political life. However, Kiev is silent, and "Davet" acts as before.

By flirting with Tahrir, the Ukrainian authorities are trying to use them against the Majlis, which has become a kind of government of the Crimean Tatars, duplicating the functions of the central authorities. In many matters, the Mejlis acts independently, without looking too much at Kiev, and the intentions of the Mejlis to lead the struggle of the Crimean Tatars for the right to have their own state are no secret to anyone. The relationship between the Majlis and Hizb ut-Tahrir is tense, but they both do not hide their hostility towards Russia and are ideological supporters of the Ukrainian nationalists in their confrontation with the Russian movement of the Crimea.

Representatives of Hizb-ut-Tahrir in the Crimea declared that they would not discourage members of the organization from participating in the Syrian war on the side of the rebels (4). Tahrir organizes a speech in many countries under the slogan "Throw off the shackles and come to the aid of defenseless children, women and the elderly," whose existence, they repeat, is threatened by the Assad regime. This slogan itself should be taken as a veiled call to take on weapon (5).

The Kavkaz Center website (6) also reported on the participation of people from the Crimea in the Syrian insurrection as part of the Kataib Muhadzhirin group. Chechen team Abu Umar Shishani commands the grouping. In addition to the Crimean Tatars, under his command, Tatars from the Volga region and representatives of the North Caucasian nations are fighting in Syria ...

The Syrian confrontation involves not only extremist Sunni groups, but also a number of people from Shiite countries. By the way, Hizb-ut-Tahrir calls Muslims to become one family, not sharing with Sunnis and Shiites. However, these peaceful appeals are followed by calls to overthrow Assad and establish a theocratic state in Syria.

The radicalization of Sunni Islam allows the West and its allies to solve a whole bunch of tactical tasks: to narrow the sphere of influence of Iran, to destroy Syrian-Iranian cooperation, to destabilize the situation in Russia and along the perimeter of its borders, to impede full cooperation between Moscow, Damascus and Tehran. The goal of this game is to control the Greater Middle East and the Mediterranean. Pressure on Iran, incitement to the speeches of Russian Muslims, the supply of cannon fodder for the war in Syria, including from the Crimea, are just the means to achieve this goal.

Ctrl Enter
Noticed a mistake Highlight text and press. Ctrl + Enter
We are
Hizb ut-Tahrir in Tatarstan: ideology, organization structure, activity
90 comments
Information
Dear reader, to leave comments on the publication, you must to register.