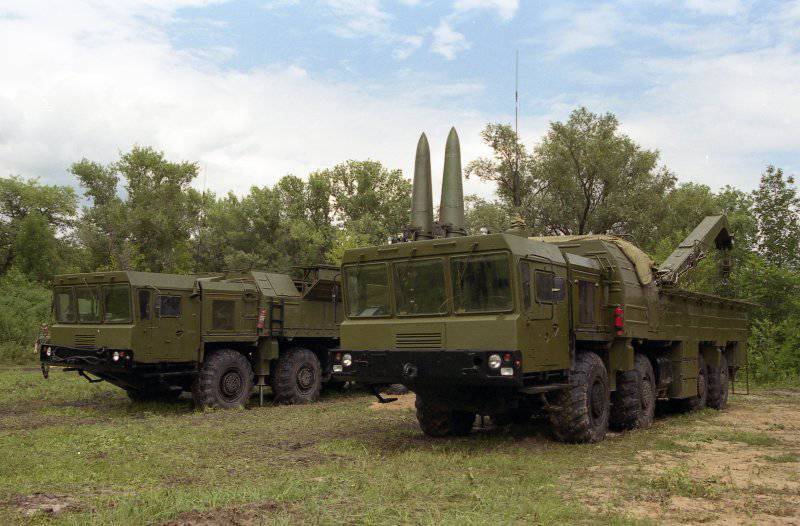 Belarus has threatened the West with a possible exit from the Nuclear Non-Proliferation Treaty weapons (NPT). According to the official Minsk, the United States and Great Britain, by applying economic sanctions against Belarus, violated their obligations towards the country. And therefore, in Minsk, they can no longer comply with these conditions. This was at least stated by the Belarusian delegation in Geneva at the second session of the Preparatory Committee of the NPT Review Conference.


The Belarusian side stressed that it is very important for it to have tripartite security guarantees provided in accordance with the Budapest Memorandum of the Year 1994 in connection with Belarus’s voluntary refusal of the right to possess nuclear weapons. “Three states - the United Kingdom, Russia and the United States - have committed themselves to respect the independence and sovereignty of Belarus, including not to apply measures of economic coercion,” the Belarusian delegates stressed. And if there are sanctions, it means that Western partners are encroaching on the independence of Belarus.

“A reasonable question arises as to why, despite the commitments recorded and repeatedly confirmed, some nuclear powers ignore them in practice, continuing to apply measures of economic and political pressure. Economic coercion measures taken in the form of sanctions against Belarus in the form of sanctions should be abolished against Belarus. registered in the UN as an international treaty in November 2012. Violation of accepted legal obligations is an unacceptable darstva from the point of view of international law, "- said the Belarusian side.

The irritation of the official Minsk is understandable. The US and the EU apply a whole range of political and economic sanctions to Belarus. Currently, the EU “black list” includes 243 individuals and 32 companies that support the “Lukashenko regime”. The number of blacklisted US is unknown, but perhaps it is even more. We are talking about budget-forming companies, such as Belspecexport, Belneftekhim, Belaruskali. They sell their products mainly in foreign countries. Hence, the sanctions - a direct blow to the budget of the country.

Along the way, Belarus entered a new - practically Soviet - level of military integration with Russia. In May, the Allies will hold large-scale West 2013 exercises, where they will practice a possible nuclear strike on Warsaw. The exercises will be held in close proximity to the Polish borders. In addition, Russia for the first time announced that it plans to permanently deploy its aviation regiment with fighters in Belarus by 2015. According to Russian Minister of Defense Sergei Shoigu, the start of work on this project is planned for this year: Moscow will place with neighbors aviation the commandant’s office and put the first duty unit of combat fighters. "We intend to continue to consider the issues necessary to strengthen the defense capabilities of our Belarusian colleagues and brothers," Shoigu emphasized.

Director of the Minsk Center for European Integration Yuri Shevtsov believes that a significant event has happened for the Belarusian foreign policy. “Relocating an entire air regiment to Belarus in less than two years is very fast. And this reflects a high degree of military alarm regarding NATO or individual NATO countries. Polish greatness games for Poland always ended badly,” the expert explains. And he adds: “It’s unlikely that opposition to Polish activity regarding Belarus will be limited to one Russian aviation committee. At the very least, the Belarusian army’s saturation with new weapons and equipment will go faster now. And if Russian nuclear weapons are deployed in Belarus if the Budapest memorandum collapses, increase orders of magnitude. "

Of course, such activity by the official Minsk will inevitably affect the eastern borders of the EU. Poland and Lithuania will begin to rapidly increase military spending. And if for Poland they are unlikely to become too strong an economic burden, then for Lithuania geopolitical changes will definitely mean additional problems in matters of bringing the country out of the economic crisis. Shevtsov also believes that Russia will increase pressure on Lithuania, both economic and informational. “The EU does not compensate Lithuania for these losses. There will still be no wars between Russia and NATO, and, behold, the losses from the current Polish activity in the east for Lithuania may be quite serious,” the political analyst sums up.

Experts believe it is quite probable that the threats of the Belarusians will not be an empty shaking of the air, and that the country will respond to the sanctions with an exit from the Budapest Memorandum. “The United States has actually already gone out of it. Recently there was a statement, it seems, by the US embassy in Belarus that the United States does not consider this Memorandum as a binding document,” Shevtsov comments.

All this means that Belarus, Ukraine and Kazakhstan are about to receive a legal basis to return to their nuclear status. And in the end, someone who, and Belarus will definitely be able to count on the deployment of Russian nuclear weapons on its territory. Moreover, the Belarusian government already has about 2,5 tons of nuclear materials, some of which have a high degree of enrichment, for example, sufficient for the rapid manufacture of a dirty nuclear bomb.

In addition, "a number of threshold countries will receive additional impetus to the creation of nuclear weapons, as they will see the unreliability of security assurances from the US. Most likely, Iran will be the first to try to become such," describes the more remote consequences of these changes by Shevtsov.

All this is undoubtedly in the hands of Lukashenko. Stanislav Shushkevich, author of the nuclear disarmament program for Belarus, says that “Lukashenko will soon begin to blackmail the United States more actively with a return to nuclear status.” He will do this in order to achieve the lifting of economic sanctions from Belarus. And the Old Man can return to him every time he does not like something in the behavior of NATO member countries. Whether Lukashenko will receive a nuclear weapon, which he has long dreamed of, over the next few years will depend only on Russia.

The USA will obviously have to react to this somehow. An attempt to pacify the intractable Lukashenko could turn into new conflicts for NATO member countries. What is especially unsafe against the background of the growing military power of China and angry rhetoric addressed to the West from Russia.

Ctrl Enter
Noticed a mistake Highlight text and press. Ctrl + Enter
We are
A great interview with Sergey Lavrov: about Ukraine, Obama and IranThe fifth wheel in the wagon of the Customs Union
133 comments
Information
Dear reader, to leave comments on the publication, you must to register.