The military are involved in a fantastic arms race 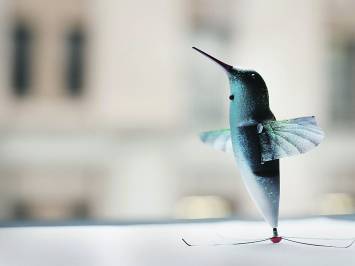 A consilium of scientists belonging to the Public Council under the military-industrial complex, headed by Rogozin, and the Foundation for Advanced Studies in the system of defense innovations (similar to the American DARPA, specializing in the development weapons of the future) came to the conclusion that it will not be possible to avoid participation in the military technology race that has already begun, otherwise Russia may simply disappear from the political map of the world. “We should not repeat the mistakes of the notorious arms race during the cold war, but we must eliminate the likelihood of a sharp and unfavorable for Russia military-strategic balance due to a new generation of technologies coming to the fore,” the report prepared for the meeting says ( daily). At the same time, scientists suggest concentrating efforts on advanced, high-risk research.


Among the proposed ideas is the creation of advanced biomedical technologies that can prevent a person from dying as a result of injuries. At the expense of human stem cells, it is proposed to create technologies for the industrial production of artificial blood identical to donor blood. Special attention is paid to military robotics. It is proposed to construct deep-sea reconnaissance robots and for servicing cables on the ocean floor, a high-altitude unmanned reconnaissance and target designation system with a super-long barrage period, a ground patrol robot on an automobile chassis and an exoskeleton that enhances human muscle strength.

It is also proposed to think about the creation of a hypersonic vacuum train, an electromagnetic catapult, a spaceplane and, finally, to build a space elevator - a cable transportation system based on centrifugal force.

“It all looks beautiful on paper, but more like a script for a fantastic film about the cities of the future than a real program to improve the country's defense capability,” evaluates the document by the chief specialist and inventor of the military-industrial complex Igor Krotov, who worked in the USSR and Russia in the field of onboard control systems military equipment and microelectronics. “I don’t have any idea whatsoever in the next ten years, even in the US Army, what can we say about us.” According to the expert, the main problem is that the pleiad of Soviet-era hardened military scientists was dispersed, and no one came to take their place.

“I studied the names of the authors of this report - there are very young guys, a little more than 30 for them, one and all with a law degree,” he argues. - In our years, it was impossible to imagine that at that age scientists would write some works that would be offered to high-ranking officials. It seems to me that this is another fact testifying to the frivolity of this work. ”

Although there are, according to the former inventor, in the program and rational things. “They mainly deal with threats and promising strategic developments. Here, for example, the call to strengthen the Far East militarily, where our positions are particularly weak, ”Mr. Krotov noted.

By coincidence, it was on Tuesday that Deputy Defense Minister Yury Borisov announced the start of work at the Moscow Institute of Thermal Engineering (the developer of the famous Bulava rocket. - RBC daily) on the development of combat railway missile systems (BZhRK), which terrified the USSR’s neighbors during the Cold War .

According to military expert Igor Korotchenko, the main advantage of “nuclear trains” is their invulnerability. “It can move and go unnoticed, since the train with rocket launchers for enemy technical intelligence means is no different from a regular freight train,” he explained.

Source RBC daily in the Ministry of Defense said that BZHRK will protect including the country's Far Eastern borders.

It was not possible to get a comment from Deputy Prime Minister Rogozin on promising defense developments. A source in his entourage agreed that some plans in the program sound unrealistic. “But the foundation is called“ promising ideas ”, and not“ urgently realizable. ” On the whole, the program is well thought out, weighed and, in the future, we hope, feasible, ”he noted.

“We have already developed some of the promising developments of scientists,” a source told RBC Daily at the Ministry of Defense. “For example, this year we ordered the development of an active ultrasound cuff to stop the bleeding“ Bee, ”which itself must find the place of damage on the body of the fighter and stop the blood, including from large vessels. We also paid for an order to develop a human bioengineering liver. ”

Colonel Anatoly Dergilev, who had previously served in the central apparatus of the Russian Ministry of Defense, found the program interesting, but implemented in a very distant future. However, while the fund of money is not so much to take up the development of weapons and uniforms of the future. The budget of the fund is determined at the level of 150 million rubles. Vice Prime Minister Rogozin said earlier that to start effective work, he should be at least 3 billion rubles.

Ctrl Enter
Noticed oshЫbku Highlight text and press. Ctrl + Enter
We are
Fantasies - to serve the country and the armyDARPA in Russian is not DARPA at all. Instead of a breakthrough technology agency, another bureaucratic structure is being created.
Military Reviewin Yandex News
Military Reviewin Google News
22 comments
Information
Dear reader, to leave comments on the publication, you must to register.