"The situation in Afghanistan is not encouraging" 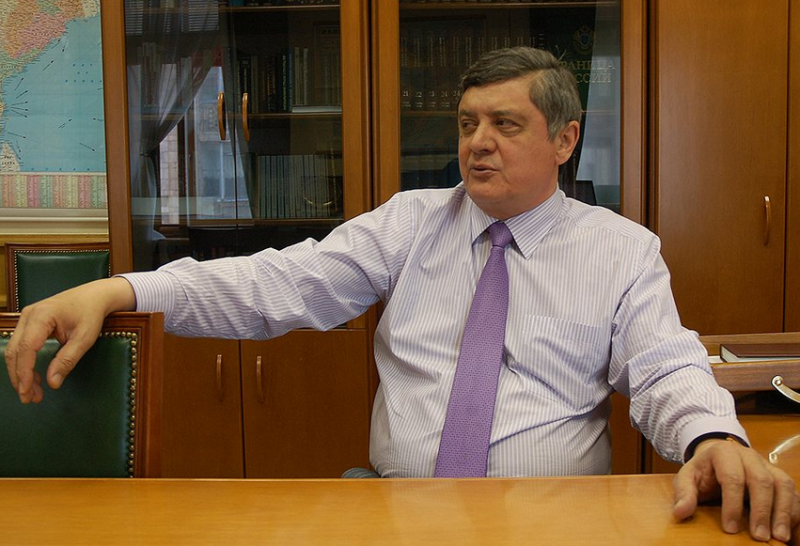 - What is the meaning of the “Istanbul process”? There are a number of other organizations and sites where the same Afghan issues are discussed.


- According to the constitutional documents of the “Istanbul process”, it is intended not to replace the activities of existing organizations, but to cooperate with them and complement their work where necessary. As part of this process, seven expert working groups for developing confidence-building measures (later transformed into six working groups) were formed. Russia, together with Azerbaijan, leads a counter-narcotics working group.

In fact, the “Istanbul process” is a dialogue platform. Unfortunately, we still do not see any real returns from him. The process is taking place too slowly, stuck at the stage of coordinating plans for implementing confidence-building measures in the region. The “Istanbul process” has not yet passed directly to the implementation of these plans.

- Recently, NATO announced that the Afghan army and police are maintaining order in the territories where 87% of the population lives. Does this figure seem realistic to you?

- I'm not sure that it is true. This is the first. And secondly, the key word here is “control” or “maintain order”. Question: how do they do it? Currently, only 7% of all parts of the Afghan army and 9% of parts of the Afghan police, according to American estimates, have a sufficient level of training to act independently with minimal support from the International Security Assistance Force (ISAF).

Every three out of ten recruits of the Afghan National Army (ANA) monthly deserted, killed, injured or captured. According to the American data, the number of deserters from the ANA over the past three years has exceeded 63 thousand! For you to understand, this is a third of the army.

The combat capability of those who remained in the ranks is also in doubt. This was vividly shown by the recent events in Kunar, when the Taliban attacked the army post of the elite 3 battalion of the ANA, classified by the Americans as one of the units that had achieved the highest degree of combat training. As a result of the attack, XA NUMX soldiers of the ANA were killed, and the post itself was captured and then completely burned.

- What is the mistake of NATO?

- In my opinion, the NATO leadership unjustifiably forces the transfer process (of powers and territories. - “Kommersant”) to the Afghan National Security Forces (ANSF) without taking into account the real situation. In areas already transferred to the Afghans, there is a growing influence of extremists. At the end of last year, the situation in the province of Faryab sharply worsened; in January of this year, the situation in the provinces of Kapisa, Uruzgan, Herat, Kunduz and Badakhshan aggravated. Recently, there has been a process, in fact, of reverse transfer of responsibility. Thus, the ANSF, after the withdrawal of foreign troops from Badakhshan, could not keep control of this province. As a result, contingents from Germany, Belgium and Denmark were returned there.

- What scenarios do you see for Afghanistan for the period after 2014?

- I would single out a few basic scenarios. First: the elections are a success, the successor of Hamid Karzai continues his course, relying on foreign financial and military-technical assistance. Second, the election results raise doubts among the majority of the population, which leads to a political crisis, including massive ethnic clashes with the prospect of their escalating into a full-scale civil war. Third: the Taliban block (in whole or in part) the holding of elections, take control over most of the country (against the background of the withdrawal of foreign troops) and establish their power there. Fourth: it is possible to agree with the Taliban and delegate to them a part of the authorities in a peaceful way. It is very likely that the implementation of the third and fourth scenarios will also inevitably lead to the beginning of a civil war in the country.

- And which scenario seems most likely to you?

“If the task of increasing the combat capability of the ANSF is not resolved — and the state of affairs does not cause optimism — then the growth of the influence of extremists is very likely, which is fraught with various upheavals up to a civil war and a split of the country along ethnic lines.

- How is the current situation different from the withdrawal of Soviet troops from Afghanistan?

- The differences are obvious. The USSR completely withdrawn its military contingent, perhaps even to the detriment of its own security, given the existence of a long Soviet-Afghan border at that time and the possibility of exacerbation of the situation on the frontier. But this was done responsibly, according to the agreements reached in Geneva, the execution of which was closely monitored by the world community.

The United States is taking steps to legalize the deployment of its bases in Afghanistan on a long-term basis. This raises questions. The prolonged presence of foreign armed forces in this country does not meet the strategic security interests in the country, in the region as a whole. On the contrary, it may become an additional risk factor.

- Can the Soviet experience in Afghanistan be useful to NATO? “Kommersant” recently reported that the alliance is interested in them.

- I will say figuratively: it is late to drink Borjomi when the liver fell off. We told them about the usefulness of using the Soviet experience for many years. Now NATO members are already leaving Afghanistan, but after all, while they were in the country, they didn’t really deal with the economy or construction. This is a cardinal difference from the Soviet experience: the USSR left 142 built objects there, just as many were in the project or even in the initial stage of construction. Then it, of course, died down, but then the USSR itself collapsed.

Nevertheless, Najibulla managed to hold out until 1992 of the year, that is, another three years after the Soviet troops left Afghanistan. Two of them he held firmly - the Mujahideen could not do anything. The collapse began when we stopped supplying fuel and ammunition.

- This information of NATO is probably not too late to take into account.

- We have told them about it more than once. But not everything is decided by fuel weapon and even preparation. Sometimes the morale of the troops is of paramount importance. And it is just very little in the Afghan army. The Afghan army simply does not believe that it protects the fundamental interests of their country.

- Proof of this - the frequent attacks of green on blue, Afghan soldiers and police on the soldiers of the international coalition?

- How do Moscow feel about Hamid Karzai’s plans to establish a dialogue with the Taliban?

“Moscow is normal in establishing a dialogue with the Taliban, but with the leadership of Kabul and strict observance of three conditions: the laying down of arms, the recognition of the Constitution of Afghanistan and the final break of ties with Al Qaeda and other terrorist organizations.

- At the end of March, Kabul and Doha agreed to open a Taliban office in Qatar. From the point of view of Moscow, such a move is advisable?

- The idea of ​​opening the Taliban office in Qatar is a forced step aimed at demonstrating the success of Western policies in the Afghan sector and creating conditions for security negotiations during the planned phased withdrawal of the military contingent. But about the practical impact of this office while not talking.

Since Karzai himself did not mind, we do not mind that such an office in Doha existed. But it should be made clear that this is only a contact office, not an embassy or political office of the Taliban. This is a venue for the Taliban to hold talks with representatives of the Afghan government - we do not support other options.

But how it happened: Hamid Karzai went to Qatar and said that he was ready for negotiations on this platform. And the Taliban told him: “No, this is not for negotiations with you, we will negotiate with Qatar and the United States.” That is, the rebel organization of one country agrees with the sovereign governments of another - this is nonsense, a violation of international law. We can not recognize this.

- The United States and NATO have not yet responded to the demand of the Russian Federation to report to the UN Security Council for fulfilling or failing a mission in Afghanistan before leaving there and receiving a new mandate for a training mission scheduled for the period after 2014. But recently, Barack Obama said that "there are more opportunities for peace and prosperity in Afghanistan today than it was before we entered the country." If such optimistic language will be in the report and if it says that the mandate has been fulfilled, will the Russian Federation challenge it?

- How will Russia behave if NATO does not report? Will Russia transit Afghan cargo after 2014, if the United States and other countries act in Afghanistan only on the basis of bilateral agreements with the Afghan authorities?

Ctrl Enter
Noticed oshЫbku Highlight text and press. Ctrl + Enter
We are
A great interview with Sergey Lavrov: about Ukraine, Obama and IranNATO - Russia, Afghanistan - Ulyanovsk, further everywhere
13 comments
Information
Dear reader, to leave comments on the publication, you must to register.