April 26 2013
66
One of the trends of the last decade is private military companies. A business that today promises mountains of gold, of course, only to those who are not afraid to make money on wars. It is worth noting that “soldiers of fortune” is one of the oldest professions, besides, it is surrounded by a train of legends and military romance. However, if we leave aside the myths, in today's reality, private armies are growing like mushrooms after rain. According to official UN statistics, the global volume of this service sector has already reached 120 billion dollars. At the same time, the University of Brooklyn believes that the volume of this market is 180 billion dollars, and during conflicts in Africa and the Middle East, the market has completely exceeded the mark of 200 billion dollars.


Today, the development of such a “dangerous” business segment is facilitated not only by military operations, but also by the internationalization of large-scale business on the planet. Nowadays, many companies (including Russian) that have joint ventures or branches in Afghanistan, Libya, Iraq and African states are forced to rely on their own militarized security structures or to attract foreign mercenaries for these purposes. According to the US Congress, there are already more than 3000 companies of this kind in the world, and this number will only grow over time. At the same time, Russian legislation so far prohibits mercenary activities, but where interests of national corporations are affected, a solution can always be found.

In international peacekeeping operations of modern times, PMCs — PMC-private military companies — have become an equal legal entity along with the types and genera of the armed forces. American experts believe that corporations of this kind will eventually gain an increasing role in the war, but today this influence is already evident from the experience of the wars in Afghanistan and Iraq. PMCs are already assuming an increasing number of functions of the police and the army. In a sufficiently large volume, their influence began to manifest itself during the wars in the territory of the former Yugoslavia (in Croatia, in Bosnia and Herzegovina, in Kosovo and Metohija, as well as in the regions of southern Serbia and Western Macedonia). 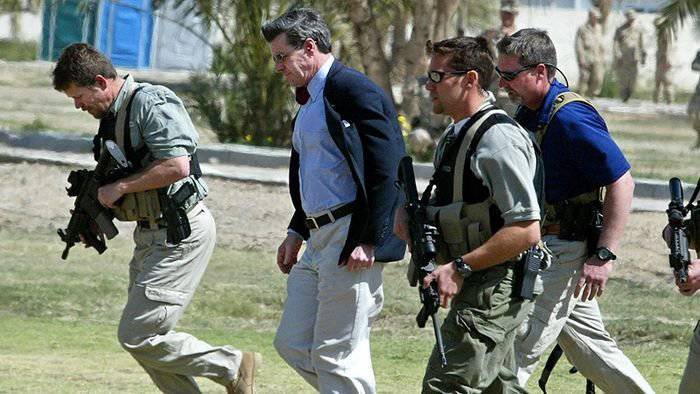 Playing a significant role in resolving military conflicts, PMCs long ago ceased to play the role of ordinary extras. Private military companies are engaged in training national armies and police units, fighting piracy and terrorism, collecting intelligence information in the interests of governments. But the largest players in this market, belonging to prominent American politicians or transnational corporations, not only carry out military-political missions in practice, but are also pioneers in a promising business segment that is not so heavily focused on military operations. According to the Association of International Peacekeeping Operations, today 62% of PMC orders are received from governments of different countries, 32% of contracts are already secured by non-governmental organizations and private business entities. Large corporations are more likely to entrust the protection of their leaders and facilities to private armies, refusing the services of ordinary security firms that do not have experience in real combat. First of all, this applies to oil and gas, energy and diamond mining companies.

For example, today one of the world's largest oilfield companies, Halliburton (the company's president until August 2000 was Dick Cheney, vice president of the United States), fostered the powerful PMCs Kellog, Brown & Root (KBR), which has a UNN portfolio of $ 12 billion US government and oil and gas concerns. At the same time, KBR is not limited only to the security business: in particular, in 1999, during the operation in Yugoslavia, this company provided logistical support to NATO troops. At the same time, Computer Sciences Corporation 8 years ago bought the company DynCorp - the oldest PMC in the world, which began its activities in 1946 year. This organization, among other things, is engaged today in training the Iraqi police (the amount of the contract is 1,2 billion dollars).

They use mercenaries from PMCs and Russian corporations that have their own interests in Africa and the Middle East. And according to some sources, Russian state-owned companies are already following the path of their Western colleagues, organizing their own militarized structures. Gazprom, Transneft and Rosatom, according to the president of the Angel Group of companies Vasily Vereshchak (experience in the Alpha and the FSB Special Purpose Center), have a very complex pile of security units. Moreover, these units are very well armed. According to Vereshchak, state monopolies are not guided by the order of the Ministry of Internal Affairs, which regulates the activities of private security firms, and, with the permission of a high-ranking leadership, have the opportunity weapon. 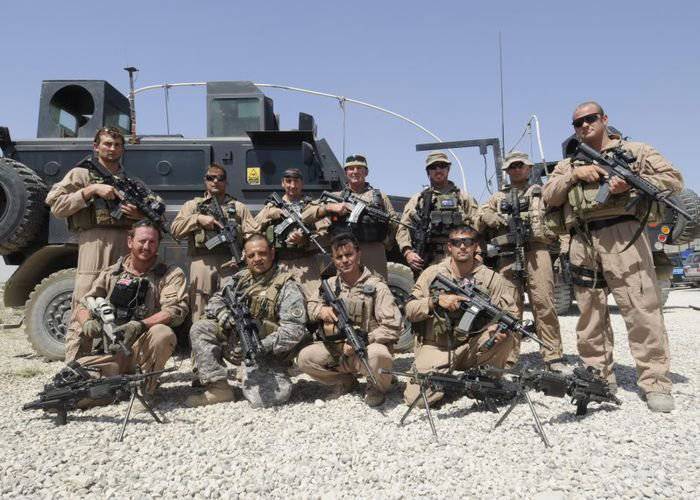 At the same time, Russian PMCs are represented on the international market rather weakly. Despite the fact that immigrants from Russian special forces and special services make up, according to Igor Kovalyov, the general director of Rodon-4 Group, the basis of the French Legion and many foreign private armies, only a few from domestic companies succeed. Everything depends on Russian laws that prohibit not only the activities of private armies in Russia, but also the transportation of weapons by private security firms.

At the same time, this is much easier in the USA and the market for private military companies is growing every year. At the same time, the Pentagon is forced to reduce its military spending. Only in 2013, the defense budget will be reduced by 42 billion dollars. And for 10 years, the reduction in defense spending should be about 500 billion dollars. Representatives of the US Army during the congressional hearings noted that the ground forces were waiting for a reduction in numbers from 570 to 490 thousand people. But in the event that the sequester of the defense budget continues, the military will have to make reductions in the army reserve and the National Guard.

The chief of staff of the US Army, General Ray Odierno, believes such reductions are too large. According to him, if the order of 100 thousand people is additionally withdrawn from the armed forces, this will put in danger the possibility of the country's participation in large-scale military operations. At the same time, many experts believe that the matter is not even in the sequestration of the budget, but in principle of recruiting the American army on a contract basis. The quagmire of unpopular wars in Iraq and Afghanistan did not lead the people to the streets, as it was during the Vietnam War, but people just stopped going to the army. Konstantin Sivkov, who is the first vice-president of the Academy of Geopolitical Problems, notes that military service is becoming unpopular with young Americans. 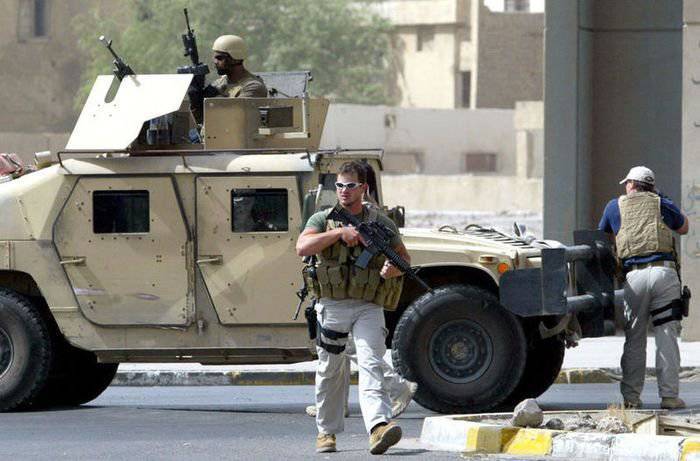 In the American army, this problem has matured for a long time. In Afghanistan and Iraq, the US Army demonstrated a clear moral and psychological unpreparedness of personnel for the implementation of the anti-partisan struggle. And this means that to the solution of the main task of any war is to keep the territory. The US Army is one of the most combat-ready in the world. But only when it comes to fighting against regular troops. When she has the ability to use her power remotely without risking the lives of American soldiers. But if we are talking about close combat (typical for guerrilla wars), American soldiers are not ready to die in battle. This is a disease of any mercenary army. It is easiest to risk your life for an idea.

Along with this, the role of mercenaries is increasing, which has lately been covertly designated as private army contractors. Military experts believe that the role of private armies in world conflicts will only grow, as shown by military actions on the territory of Afghanistan and Iraq. In these countries, "private traders" solved the tasks of the police. They are highly appreciated by politicians and the military. At one time, former UN Secretary-General Kofi Annan admitted that if we needed brave and experienced fighters, he would prefer people from a private company.

According to the Geneva Convention 1949 of the year and the Additional Protocol to it from 1977, private armies can in some cases be regarded as armies of mercenaries. At the same time, the word “mercenary” today bears a clear negative meaning; people associate it with injustice and the willingness to kill anyone for money. Therefore, representatives of private military companies themselves prefer to be called "contractors". However, they emphasize that this is not about participation in hostilities, but only about the protection of goods, people and objects in the zone of military conflicts. However, is it really a big question. Under the conditions of a real battlefield, the thin line between “still guarding” and “already participating” is quite invisible. 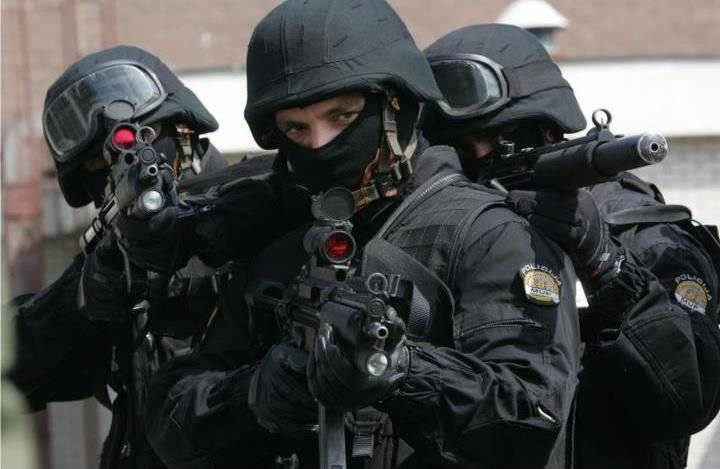 In any case, according to experts, it is the private armies that are the most effective means of waging local wars. And since the era of full-scale wars, which would require the use of a mass of troops, seems to be a thing of the past, "private traders" will become an increasingly popular tool for putting geopolitical doctrines into practice.

If we speculate hypothetically, the United States in general can conduct its foreign wars, resorting only to the services of private armies. Experts emphasize and conclusions from such decisions. The absence of a foreign regular army does not allow arguing about the occupation of the state. The human losses of “private traders” will not be counted as losses of the American army. The mentality of private army fighters, lack of jurisdiction in the host country and lack of accountability to the American authorities enables them to significantly expand the scope of the available, in order to achieve the stated goals.

At the same time, the minuses of private armies are a consequence of their advantages. Therefore, it is unlikely that one of the countries will ever completely replace its army with “private traders”. However, it is possible to share them with the division of functions into “offensive” and “defensive”. According to experts, such a symbiosis can be effective, based on the logic of modern wars for natural and other resources. At the same time, the crisis of the American national army (one of the most ambitious geopolitical players of our time) only contributes to giving the “private armies” official international status and impetus to development.

Ctrl Enter
Noticed a mistake Highlight text and press. Ctrl + Enter
We are
War for sale. Leading private military companies of the worldMemo to mercenaries in Africa
66 comments
Information
Dear reader, to leave comments on the publication, you must to register.