Russia armed with a new complex of electronic warfare "Krasukha"

April 26 2013
92
The Russian Defense Ministry received the first batch of mobile radio-electronic warfare systems (EW) "Krasukha-4", according to Russian media. In total, the troops received 4 of such a complex, which are designed to cover the troops and vast territories from radar detection, as well as countering enemy aircraft and airplanes. Since 2009, the Russian Armed Forces have also been replenished with ground-based EW Krasuha-2 complexes.


Currently, the technical details of these complexes and their characteristics are classified information. In the open access is very little information about the machines of this type. It is reliably known that they are placed on the four-axle chassis of the special vehicle BAZ-6910-022. The EW Krasukha stations were established by the Gradient Research Institute (Rostov-on-Don), and their release is handled by the Kvant Research and Production Association (Veliky Novgorod). 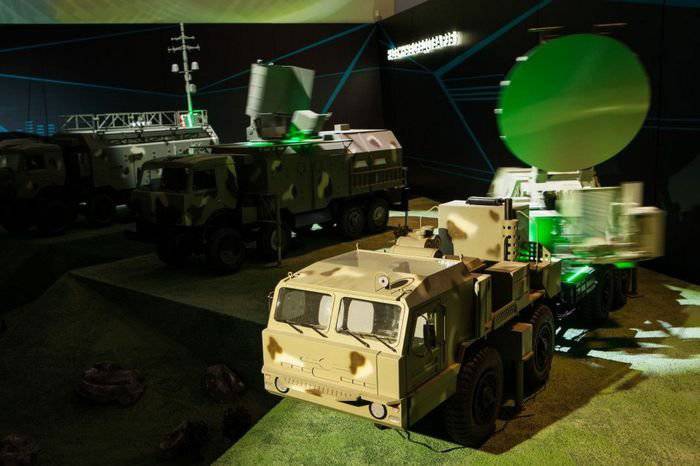 The object of the impact of electronic warfare are electromagnetic fields (waves), radio electronic systems and tools. At the same time, passive and active means can be used to create radio interference. Passive means built on the use of the principle of reflection (re-radiation), an example of such means are angular and dipole reflectors. Active means include those that apply the principle of generation (stations of interference and transmitters) to form radiation.

Developed and adopted by the Russian army complexes "Krasukha" - a complex of electronic suppression (REP) and protection. REB is a set of actions and measures that are aimed at disrupting or disrupting work, as well as reducing the combat effectiveness of the use of radio electronic equipment and systems by an adversary by influencing their receiving devices with radio electronic interference. Modern radioelectronic suppression includes: radio, optoelectronic, radio engineering and hydroacoustic suppression. REB can be achieved through the creation of active and passive interference, as well as the use of various kinds of false targets and traps.

Created in the Rostov scientific research institute "Gradient" station of radio-electronic suppression 1L269 "Krasukha-2" is a truly unique system. This station was developed taking into account the generalization of combat experience, which was obtained by the Russian army during the armed conflict of August 2008 in South Ossetia. The Russian military learned bitter lessons from the conflict, in which EW units were hardly used. Including for this reason, the Russian Air Force lost a number of Su-25 and Tu-22М3 combat aircraft. 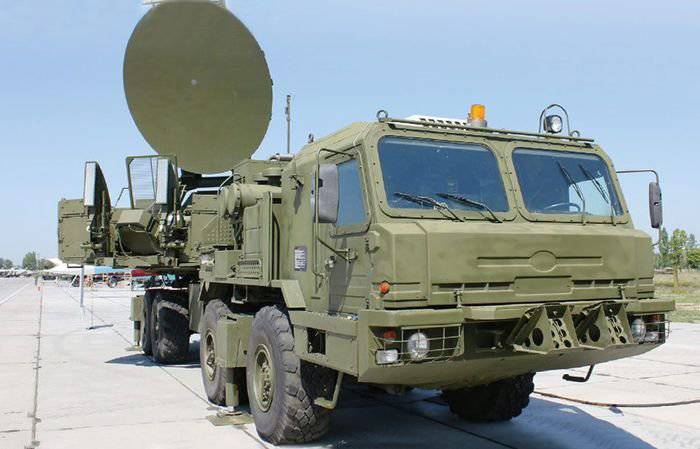 The principle of the station "Krasuha", as well as any means of EW, is to implement a set of actions, during which the directional impact of radio emissions (radio interference) on electronic communications, control systems and intelligence of a potential enemy. These actions are being taken to change the quality of military information circulating in them, to protect their own units from a similar impact from the enemy, and also to change the properties of the propagation medium of radio waves.

Information has already appeared that the 1L269 “Krasukha-2” station will be exported, the station's model in April 2013 was presented in the KRET showroom (radio electronic technology concern). Most likely, this station was created in view of the suppression of AWACS-type surveillance radars, flying radars, like the American E-8 Joint Star, as well as modern UAVs, such as the Predator and Global Hawk.

The state tests of the radioelectronic counter stations 1L269 "Krasukha-2" and 1RL257 "Krasukha-4" were completed in the 2009 year. Externally, these machines are similar to conventional radars, which are mounted on the car chassis BAZ-6910-022, wheel formula 8-X8. The cab of this car is equipped with means of protection against microwave radiation. It has an independent OH-32D-24 air heater and Webasto CC4E electric air conditioning. The Krasukha complex itself is a hardware module with an antenna post and a large parabolic antenna. Antenna rotating (rotate 360 degrees). The parabolic antenna of the complex is controlled by the elevation angle. 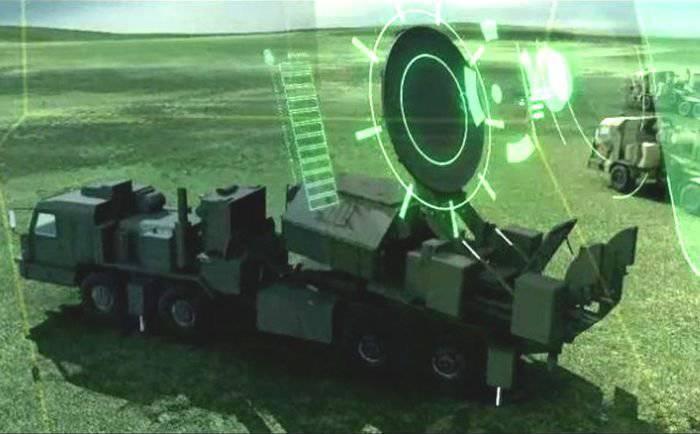 Electronic countermeasure and electronic intelligence systems, such as Krasukha, are high-tech solutions. Independent military experts believe that the creation of such complexes is a major breakthrough in the creation of highly effective means of struggle. The main task entrusted to these complexes is the effective defense of troops and stationary objects from the enemy’s high-precision weapons, as well as its carriers, target designation and detection systems. Nowadays, when the share of high-precision weapons and radio electronics in the army increases, this is a rather urgent task. In addition, the creation of such systems can give impetus to the development of the entire Russian radio-electronic industry.

Independent military expert Anton Lavrov, in an interview with Izvestia, noted that the Krasuha complex should be used to solve tasks at the operational-tactical level, but the decision to use the complex is issued by the General Staff. That is, this kind of complex will not be part of the usual brigades and combined-arms armies. “Krasuha” is a means of complex amplification in the most important areas and areas where there is a great risk of the onset of a major conflict. According to experts, the effective range of the complexes will be from 150 to 300 km. These weapons systems are not used to fight the bandit underground and the rebels, this invention is intended to counter the enemy with high-tech weapons.

Station 1L269 "Krasukha-2" is a REP station, as well as a unified ground jamming module, which is designed to protect various types of objects from aviation Radar. Can be used in the orders of electronic warfare battalions.