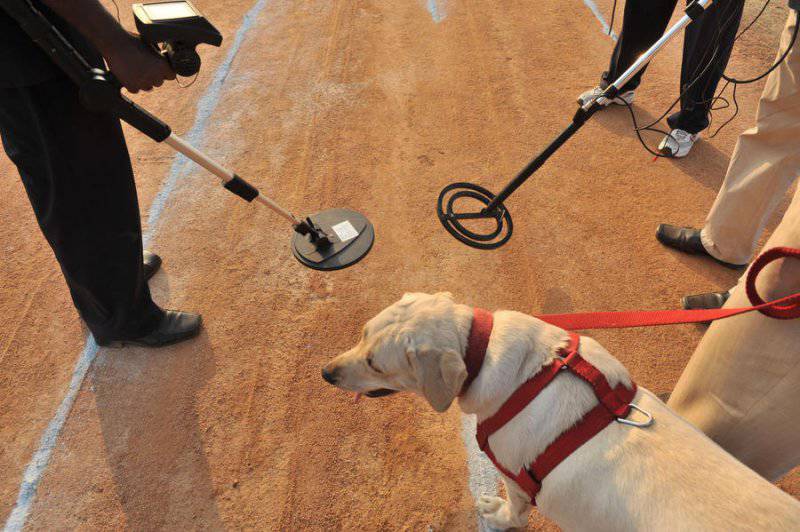 A court in Great Britain is considering the case of an entrepreneur who sold defective equipment to military and police structures in Iraq, Georgia, Egypt and Moscow.


James McCormick offered to his customers a new type of compact mine detector. The devices were positioned as innovative, capable of detecting dangerous objects under water, underground, from the air and even through walls. The manufacturer claimed that they overcome all known forms of disguise. Devices were sold for $ 41 thousand apiece. In fact, the devices were assembled using golf balls and old wires. Such equipment could not detect any explosive substances.

A British court has filed fraud charges against McCormick. According to the case file, during the period from 2008 to 2010, McCormick earned $ 40 million, selling 6 to thousands of mine detectors. The main customer was Iraq, where special services daily discover and neutralize dozens of explosive items.

Also, Niger, Mexico, Belgium, Thailand, Egypt and Georgia became buyers of fake mine detectors. According to the British media, the authorities of Moscow, who purchased equipment for $ 1 million for the needs of one of the city districts, were also caught up in McCormick’s fraud.

James McCormick is accused by the court in three articles. The verdict will be announced on 2 May 2013.

Ctrl Enter
Noticed a mistake Highlight text and press. Ctrl + Enter
We are
Hot guys from VenezuelaDefense Ministry will select the best mine detectors in Chechnya
41 comment
Information
Dear reader, to leave comments on the publication, you must to register.