April 25 2013
47
The other day the NRC (Russia-NATO Council) meeting was held in the Belgian capital the other day. Delegations led by foreign ministers. Russia at the Council meeting was represented by Foreign Minister Sergey Lavrov. According to the protocol letter, the duration of the meeting was indicated within 1,5 hours, but eventually a discussion ensued, which stretched the meeting for an additional hour. 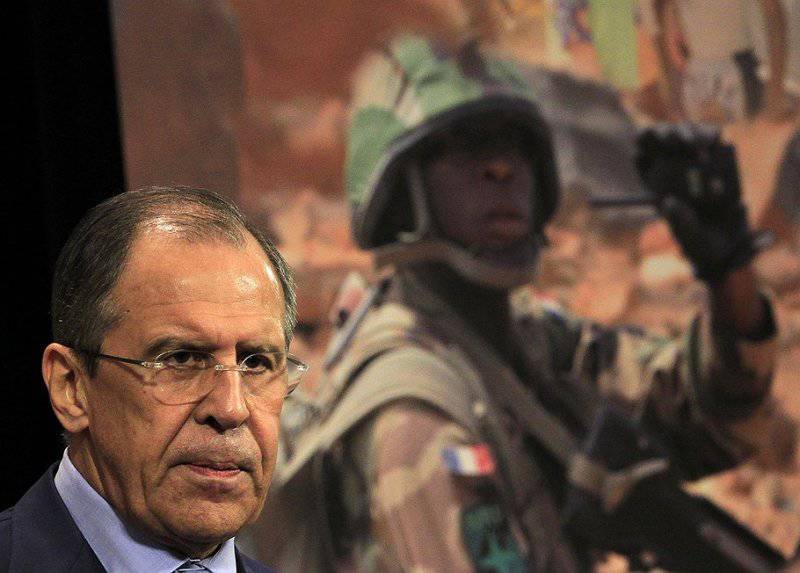 One of the main topics designated for discussion at the meeting was the topic of Syria. Once again, representatives of the North Atlantic alliance states that Russia should refuse to support Syrian President Bashar al-Assad and convince him that he resigned, freeing up his place at the helm of the country to "progressive democratic" forces. And once again, the Russian delegation responded that it was up to the Syrian people and only the Syrian people to decide whether Assad would remain in his post or not. There should be no external pressure on the political processes taking place in Syria. The main task of the world community, in the opinion of the Russian side, is joint actions aimed at bringing the representatives of the Syrian government and the so-called opposition to the negotiating table. Otherwise, Syria will turn into another country of “victorious democracy” following the example of Libya, Yemen or Egypt, where a change of power under external pressure actually led to a state split and an increase in the number of radical Islamists in these countries.

However, it seems that representatives of the NATO bloc continue to be under the influence of some kind of narcotic potion that stupefies their minds. Well, in fact: how much can one step on the same geopolitical rake of the spread of extremism in the world and at the same time encourage others to do the same. If this is not a mass frenzy, then what? .. Does anyone among the member countries of the North Atlantic Alliance really like what Libya has become after foreign intervention ... Or is someone crazy about endless unrest in Tahrir Square? If there are such representatives, then they would have to go through a complete medical examination with deviations.

True, there is one significant point that allows us to conclude that this is what attracts NATO countries (and, especially, NATO queens) to intervention in the internal activities of other states. And this moment in the week was exposed in Brussels. It lies in the fact that the EU countries have decided to partially lift the embargo imposed on purchases of Syrian oil. Representatives of the EU and NATO countries conferred, and the “main countries” decided that it was possible to resume deliveries of crude oil from Syria covered by civil war. It would seem that there is at least some progress. But with a detailed acquaintance with the information, it turns out that oil will be purchased exclusively in those areas controlled by opposition (and, in fact, terrorist) forces. It is very similar to an open provocation, isn’t it ... After all, in making such a decision, the very countries of the European Union, in fact, become obvious sponsors of the Syrian chaos. Obviously, after such information spread from Brussels, the bitterness in Syria will manifest itself even more: the “opposition” will gnaw its teeth with the teeth in order to gain access to new and new oil wells. The Syrian government army will try to do everything to prevent the enemy. The result - a new confrontation, a new blood.

But this does not concern neither NATO nor the European Union. The task set before these organizations by one big player is being carried out systematically. The salt here is this: if the same NATO countries managed to get to the Libyan or Iraqi oil fairly quickly, then there were problems with the Syrian oil. Do not give a direct hand to this raw material Russia and China. Naturally, in Washington this is annoying, because the main goal of the ruin of Syria, of gaining access to its resources, is already a year that has not been achieved. And in order to somehow get closer to achieving this goal, it was decided to arrange the very “oil” provocation, which was discussed above. Like, if we can’t get to hydrocarbons ourselves, let the Syrian extremist groups do that, who will lay out our oil resources on a blue-plate platter in exchange for well-intentioned military-technical support. And the unfolding struggle for the oil regions will finally destroy the Syrian statehood.

The sight is clear. Obviously, in such a situation, the main task of Russia is to try and shoot down this sight with all our might. It is pointless to do this through consultations within the Russia-NATO Council, as the last meeting demonstrated. So you need to look for other ways. And these routes are unlikely to be diplomatic, as it is hardly worth thinking seriously about a certain military variant of the resolution of the issue by Russia. There is another way, which in the present conditions will literally force our Western "partners" to reconsider their positions. This path is economic. Only now, while Russia is far from having such powerful economic levers, as we would like, with their help, the European Union and NATO brethren be brought to the fore. But there is such an organization on the world map as the BRICS, whose position on Syria is largely in agreement with each other. If we use the leverage of the pressure of BRICS, then this whole game with “opposition oil”, organized by the European Union, can be completed overnight. In the end, only the economic agitation of such a giant organism like BRICS can put in place too many imagined states of themselves. Another question is whether BRICS is ready to go on such a stir. After all, one thing is support in words, and the other is in deeds. Here there is a field for diplomatic agreements to coordinate actions, because if time is lost, Syria will be completely torn to pieces.

The discussion on the Syrian topic was not limited to the discussion on the Russia-NATO Council. During the meeting, topics such as security on the Korean Peninsula, the situation in Afghanistan and the joint fight against drug trafficking were also touched upon. There have already been discovered more points of productive contact between Russia and the NATO countries. The passions between the two Koreas cause concern in Moscow and in Brussels. In terms of cooperation within the framework of the so-called Afghan mission, agreements were reached that Russia will continue to supply helicopters to this Central Asian country, as well as arrange for the training of Afghan specialists on its territory (in Novosibirsk).

However, as soon as we started talking about countering drug trafficking, the opinions of the parties were again divided. If Russia sees the destruction of poppy plantations as an effective way to solve the leveling problem of Afghan drug trafficking, then Brussels continues to repeat something unintelligible in the spirit of "need to support other types of agriculture in Afghanistan." This support for “agriculture” resulted in the fact that, according to the UN, over the past couple of years, new hectares of opium plantations have appeared in the 6 regions of Afghanistan. German journalists present even more impressive information: in Afghanistan, there are unique credit organizations that support Afghan farmers, who grow poppies. At the same time, the evidence that loans are of a dollar nature is no longer surprising ...

As a result, many people, rejecting the diplomatic rage of the ornateness, agreed that the meeting of the Russia-NATO Council did not lead to productive moves for both sides. But this is not the first time. And, therefore, it is quite expedient to call into question the very necessity of the existence of this Council. What is the point of his work, if Russia is always willing to perceive Russia as a sort of boy for verbal beating? More than two dozen on one - somehow undiplomatic. With the same success, it would be possible to establish a Council of Great Britain-SCO or Estonia-BRICS ... It is certainly good agreement on helicopters, but do we need such representative meetings for which more money is spent on organizing and holding which Cyprus rescue ...

Ctrl Enter
Noticed a mistake Highlight text and press. Ctrl + Enter
We are
Syria: "Friends" met againSyria: Americans scare themselves, and Asma Asad buys chairs
47 comments
Information
Dear reader, to leave comments on the publication, you must to register.