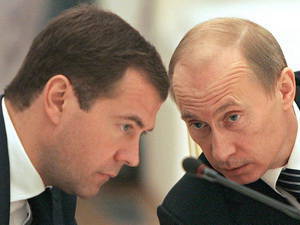 These two events occurred one after another, as ordered. First, speaking before the Federal Assembly, President Dmitry Medvedev spoke of the need to reach an agreement with America on missile defense and create a full-fledged cooperation mechanism, after which he strictly warned: "If there is no constructive dialogue on this issue, a new round of the arms race will begin." Later, the same topic was touched on by Prime Minister V. Putin in his interview with CNN TV presenter Lari King. He said that Russia will start an arms race if the United States does not ratify the Prague Treaty on strategic offensive arms. Despite such statements by the president and the prime minister, it is necessary to recognize that the threat of an arms race will not and cannot be a means of pressure on Western countries.

The problem with the ratification of the START Treaty is difficult, but first of all it is connected not with Russian-American relations, but with conflicting relations within the United States, between the Democratic and Republican parties, the attitude of a number of congressmen and senators to Barack Obama, whom they do not want to see. in power 2 term in a row. And the worst thing that we can do now, even if we want to achieve the ratification of strategic offensive arms, is to present an ultimatum to Congress, all the more frightening it with a new arms race, which first of all will strike not you, but us.

Once we already participated in such a race, only then our country was called not Russia, but the USSR. We had more for everyone in the world tanks, guns, combat aircraft, nuclear submarines, strategic missiles with nuclear warheads and much more. For some types of weapons, for example, tanks, which were 68 thousand pieces! we exceeded all the countries of the world in a crowd. How this ended, the older generation (with whose money all this “iron” was created) remembers especially well - a ten-year general deficit. Which is especially acute at the turn of the 80-90s of the last century, when everything disappeared from the shelves, from sausages to tights. This was one of the reasons for the collapse of the USSR, it simply exploded under the overwhelming military burden, which was designed to prepare for a new world war.

Do we want to repeat this? How can you threaten the arms race in a country with a defense budget of 700 billion dollars (also more than all the countries of the world together) when our military budget barely amounts to 70 billion dollars. US GDP is about 14 trillion dollars, and our economy is 1,2-1,8 trillion. dollars depending on oil prices. If the price of oil is higher than 70 dollars, our budget will be deficit-free, but at the price of 100 dollars there will be “extra” money for an arms race.

Although, to be honest, the arms race in the modern world can undermine any state. “After the recent financial crisis, not one country in the world can afford to be drawn into an arms race,” noted Mikhail Margelov (chapter committee Federation Council for International Affairs). Speaking of such a development of events as the worst, the Russian leaders most likely meant that there would be no winner in such a race. Someone suffocates before the finish, well, and someone - getting to him. 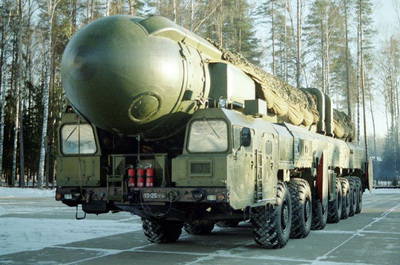 The problem of ensuring the defense capability and security of Russia, the reform of the armed forces, and the purchase of new equipment require huge expenditures. And for the next 10 years they are already taken into account - that's about 21 trillion. rub. For example, the country's nuclear shield requires a drastic upgrade. In the coming 10-15 years, our country will be forced to remove from the 58 watch the latest heavy strategic missiles that have 10 split heads with individual guidance, first of all the V-Warner P-36 M2 or according to the NATO SS-18 Satan classification, replace them with we just have nothing, but it seems and is not expected. At the same time, 70 UR-100NUTTH missiles, according to the NATO classification SS-19 Stiletto, possessing 6 warheads, will be gone, there is nothing to replace them either. Go to history and the P-12M Topol ground-based monoblock missiles, according to the NATO classification SS-25 Sickle, while their 171 unit is deployed by the end of this year, the last regiment of the P-12X2 Topol-M complex according to the NATO classification SS-27, there will be a total of 55. Lieutenant General Sergei Karakayev (commander of the Strategic Missile Forces) will replace them in the production of the RS-24 "Yars" missile with three warheads next year. But how many such missiles need to have in order to replace the “Voivods”, “Stilettos”, the old “Topol” that are being written off, without taking into account even the incommensurability of the warheads charges of these missiles.

The pace of receipt of new missile systems in the troops can not overtake the pace of write-off of missiles, withdrawn from combat duty in his age. The country has the only manufacturer of such missiles in Votkinsk. But he also launches missiles for the Strategic Missile Forces, and for the Navy - the Bulava (with which, by the way, there is still no definitive clarity), and in addition to this, the Iskander-M for the Russian ground forces. This plant is physically unable to increase the pace of production. For this we need to build new buildings, train specialists, all this takes time. Therefore, in order to comply with the new START treaty (regardless of whether it is ratified or not), we will need not to reduce, but to increase our nuclear potential. And it’s not at all the fact that the industrial and financial capabilities of the Russian Federation will allow this to happen. Putting an ultimatum to the West in such conditions is, to put it mildly, undignified.

In the west, I perfectly imagine the possibilities of Russia. So why say these words in vain? Based on your internal audience? In an effort to show determination and patriotism in the state campaign to the security problems of our country? Isn't it better to do it without unnecessary noise and calmly? Providing the country's armed forces with the minimum necessary, but modern and effective weapons, without planning to undermine their already quite limited means. Serious people usually judge their country’s readiness to defend their interests by deeds, not by words.