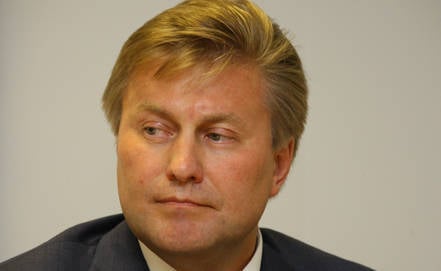 On the eve of the celebration of the 50 anniversary of the start of deliveries to the Indian Air Force of Soviet fighters MiG-21, the general director of RSK MiG Sergei Korotkov told in an exclusive interview with ITAR-TASS about the prospects for cooperation of the corporation with South Asian countries and its Russian plans.


- How do you assess the current level of partnership between RSK MiG and India?

- In the light of the current celebrations, it is worth noting that a successful partnership between the Russian Aircraft Corporation / RSK / MiG and India was launched 50 years ago, when the leaders of our countries Javaharlal Nehru and Nikita Khrushchev launched this friendship between the Indian and Soviet people. The MiG-1962 supply agreement signed in 21 and the subsequent agreement on the production of fighters by Hindustan Aeronautics Limited / HAL / under a license transferred to the USSR, became the basis thanks to which we continue our joint fruitful work on completely different projects today. We do not just sell aviation equipment, but also transfer technologies that contribute to the development of appropriate production in India, namely industrial centers, repair enterprises. This did not go unnoticed, and is beneficial to the development of not only our relations, but also Russian-Indian military-technical cooperation as a whole. Paying attention to the scale of the work that we are conducting, we can safely say that the aforementioned success today is continuing and developing.

- Has the training of Indian pilots of carrier-based aviation started on MiG-29K / KUB aircraft for the aircraft carrier Vikramaditya?

- On Saturday, April 20, a contract was concluded between the Indian Ministry of Defense and RSK MiG, under which we must train Indian pilots on MiG-29K / KUB aircraft. It consists of two stages. The first will begin in Russia, two and a half months before the departure of the aircraft carrier Vikramaditya, which our country must hand over to the naval forces of India this year. Continuing education, which meets all modern requirements, will be held in India. In addition, RSK MiG is assisting the construction of a training ground in India for the training of deck-based pilots. The training itself is designed for two and a half months.

- How many MiG-29K / KUB airplanes were delivered for the Vikramaditya aircraft carrier under the second contract?

- Successfully implemented the main contract. Delivered 16 MiG-29K / KUB aircraft. All of them are in India. Last year, four aircraft were delivered on option / second / contract. This year will be delivered the next batch of four aircraft in the framework of the obligations of the Russian side.

- RSK MiG delivered the first three of the 63 modernized MiG-29 fighters to the Indian Air Force. How is the upgrade going?

- The contract consists of two parts: the delivery of upgraded aircraft to India and the delivery of technological kits for their modernization by the Indian side. Three aircraft, as you rightly mentioned, have already been delivered. Three more will be delivered this year. Technological kits are also supplied. We cannot disclose the cost of modernization, however, it will be much cheaper than upgrading Mirage-2000 fighters. Especially for India, our trusted friend and partner.

- Indian Air Force 1971 lost the 482 MiG aircraft. Despite the fact that this topic is being actively discussed in India not in favor of our fighters, most of the former pilots have repeatedly talked about their reliability. Have you met with representatives of the Indian Ministry of Defense to discuss the causes of accidents?

- Russia and India created a working group that included experts in this field from both sides. They discussed this problem, and made the right conclusions, due to which the number of prerequisites for flight accidents and direct accidents, starting from 2004, sharply decreased. The machine has been worked out for many years, and many pilots have passed through it. Their experience formed the basis of these findings. It should also be understood that the operating conditions of aircraft in Russia and India are completely different.

- When is it planned to sign a contract with the Russian Ministry of Defense for the supply of the MiG-35 fighter?

- These negotiations are ongoing and are at an advanced stage. We expect them to conclude this year with a contract. Today, the prototype of the MiG-35 is flying. If we talk about specific dates, we hope to sign a contract in the first half of 2013.

- When will the delivery of 24 MiG-29K / KUB to the Ministry of Defense of Russia begin?

- The contract for the supply of aircraft was concluded in February 2012, and this year the first aircraft will be delivered for testing.

- Will the new MiG fighters being adopted by the Russian Air Force include components made in other countries? As is well known, the current MiG-29CMT combat aircraft has an inertial navigation system "Sigma" produced by the French company Sagem / SAGEM /?

- Probably for the first time, the Russian Ministry of Defense made a decision on the use of foreign components in the aircraft that it plans to purchase. Among them are, in particular, the navigation system and the helmet-based target designation system.

- Where did the Russian pilots train the skill of taking off from aircraft carriers and landing on them when Indian MiG-29K / KUB was tested for the aircraft carrier Vikramaditya, because the NITKA test site at the Saki airfield in the Crimea now does not work?

- Russian pilots fly deck fighters is not the first year. There is a big история back in the USSR, and the experience gained by Soviet pilots was transferred to a new generation of Russian pilots. In the RAC "MiG" the technology of personnel training has been developed, and according to this technology we have prepared young pilots. They landed on the aircraft carrier Vikramaditya. We have the opportunity to train pilots without any training ground, including THREADS.

- How is the cooperation of RAC "MiG" with the company "Sukhoi" on the creation of the Russian combat attack unmanned aerial vehicle?

- We have been engaged in the project of the Russian combat drone unmanned aerial vehicle for a long time. Combining the groundwork that has been accumulated by us, the competence of RSK MiG and Sukhoi was determined. RSK MiG has significant developments on the Scat UAV, which we once implemented using our own funds. We use the strengths of this project.

- Is the participation of RSK MiG in the program for the supply of Russian weapons to Bangladesh planned?

- RSK "MiG" stood at the origins of this project. We are actively working to conclude a contract with Bangladesh for the modernization of eight MiG-29 fighters operated there and we are waiting, in our opinion, for the right decision from the Bangladeshi side, that is, its agreement. This would be most beneficial for them from an economic point of view. The fact is that we always say “aircraft”, and in this case I would say “aviation complex”, which includes the system of maintenance of machines and training of personnel. All this is already there and is one of the attractive parties to a contract.

- UAC President Mikhail Pogosyan said that MiG can take part in transport aviation programs. What are the negotiations between UAC and RSK MiG on this topic, and how can MiG be involved in this program?

- We are already cooperating with the Ilyushin corporation, which participates in such projects as the development of a multi-purpose transport aircraft with the Indian side. RSK MiG has contributed to it by releasing design documentation and is going to continue to participate in this project.

- How is the program of consolidation of RSK MiG and the Nizhny Novgorod Aviation Plant Sokol implemented?

- Work is underway to merge RSK MiG and the Nizhny Novgorod Aviation Plant Sokol into a single legal entity. It is necessary to complete certain procedures in accordance with Russian legislation, and in the near future the merger will be completed.

- When will RSK MiG be profitable? How is the liquidation of excess production space?

- One of these processes is the merger of RSK MiG and the Nizhny Novgorod Aviation Plant Sokol, which was mentioned above, in order to reduce the costs that RSK MiG and other aviation enterprises have incurred in past years. In the USSR, each company produced more than 200 aircraft per year, and the infrastructure created was supposed to perform the task. Today, it requires major changes in connection with the release of new aircraft technology, and technological innovations. Much work is being done on the technical re-equipment of these enterprises. This, in turn, involves the training of new personnel and considerable investments in general, which the Russian government is investing in the aviation industry.

- What expectations do you associate with the future cooperation of RSK MiG with India?

- Expectations are primarily related to the MiG-35 fighter. Despite the fact that we lost the tender for the supply of multi-purpose fighter jets to the Indian Air Force 126, RAC MiG fulfilled all the requirements put forward by the tender committee. The aircraft showed good results, sometimes even exceeding expectations. As part of the knowledge baggage that India received in the process of holding this tender, I would like the theme of the MiG-35 to continue in the long run against the background of our common history and 50-year partnership. We expect that India will consider the possibility of concluding a contract on the supply of MiG-35, and we will have the opportunity to implement it.

Ctrl Enter
Noticed oshЫbku Highlight text and press. Ctrl + Enter
We are
About Stalin and KhrushchevNATO invasion of Russia - what are the hamsters silent about?
Military Reviewin Yandex News
Military Reviewin Google News
23 comments
Information
Dear reader, to leave comments on the publication, you must to register.