Conscription service in the Russian army for women

April 23 2013
1
Many people believe that the best place for a woman is a kitchen or a model runway. You can read about cover women on http://www.shape.ru/. But there is such a category of women who do not want to concede anything to men. 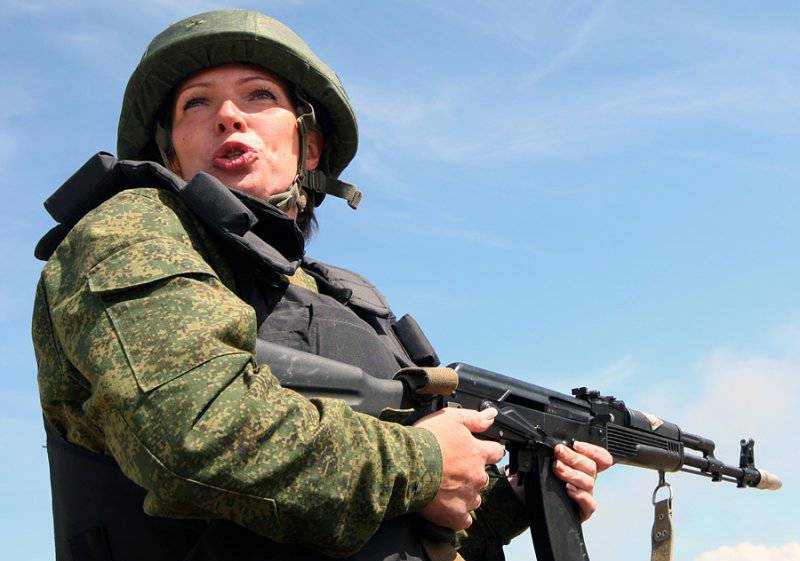 Over the years, there have been debates about whether there is a benefit from women in the army. And every time the debate about the feasibility of finding a woman in various military positions comes to a standstill, as each side is trying to provide evidence of its case.

Recently, another topic related to women in the army has been discussed in the Russian media. This topic is devoted to whether to call on those who wish to serve on the call of women into the Russian army. The theme of this sharpened for a reason. The reason is that lately the number of draft dodgers from military service by conscription from males between the ages of 18 and 27 has increased dramatically. Therefore, many military experts and people who are simply interested in the military sphere decided that the lack of recruits could be fully compensated by the girls who would go to the service of their own free will.

One of the recent proposals on this issue was approximately as follows. The military commissariats of the district will send “invitation” letters to girls aged 18 years, in which it will be told that the girl, if she wishes, can repay the debt to the Motherland, having served for a certain time in the army. If a girl expresses a desire, the military commissariat will expect her to be sent for medical examination and military registration. If the military service dreamed of a girl only in a nightmare, then she has the right to ignore this letter of "happiness." According to some reports, such a service offer could annually recruit up to 10 thousands of girls into the army, from which it would be possible to form units of the Israeli army type.

But there is also an Achilles heel in this sentence. Even if a girl is ready to serve in the Russian army as a private, then is the army itself ready for a mass reception of women? After all, sanitary units are often staffed, for kitchens and in other business sectors - outsourcing. Where to send women? If in the most real combat units, then you need to work a lot to fully prepare the optimal reception.
Ctrl Enter
Noticed a mistake Highlight text and press. Ctrl + Enter
We are
The action “Military service under the contract is your choice!” In Rostov-on-Don: future contract servicemen, exhibitions and “Russian Knights”
1 comment
Ad