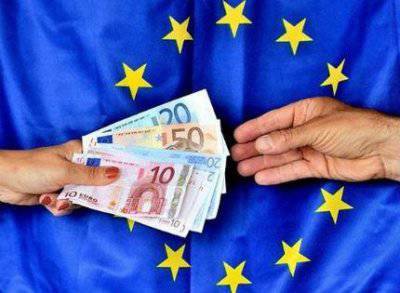 After a democratic and liberal Europe created Cyprus with democracy and liberalism, many holders of large financial savings in the banks of this European Union and Eurozone island state decided to gradually withdraw their capital that was completely uninsured from foreign encroachment. But if you do, where? The Cyprus precedent itself has shown that in the hour “X” a strong “friendly” paw of the world financial centers can reach out where other people's money, let's say, is not lying well. Many, by the way, were convinced that money was already good in Cyprus, and that these deposits were nothing, but as it turned out not so long ago, the money on the island banks was “bad”, and the “friendly” paws of Berlin and Brussels got from the Cypriot banking subsoil decent capital.


So now the capital holders have decided to take care of the future with their “honest and overworking” earned money, and have even looked out for one quiet, in their opinion, harbor. Latvia could become this harbor, which does not shun to provide sites in its banks for capital, the appearance of which is often in doubt. Do not shun, because in the economic situation that is observed in Latvia today, the attraction of any foreign funds to the local banking system is a good airbag against all sorts of financial turmoil.

However, the airbag could be considered as such only up to the moment when the “consulted and decided” European Union, I'm sorry, chop off decent capital held in bank accounts in Cyprus. But the same holders of substantial amounts as deposits in Cypriot banks today are ready to transfer their funds at least somewhere, just to protect themselves from repeating the precedent in Cyprus. According to experts, many have paid attention to Latvia. Why precisely on this Baltic republic?

The fact is that Latvian banks, according to the letter of official reports for the last year, receive a stable profit - 175 million euros, even under the harsh working conditions in which the European Union is trying to drive them. In addition, for the post-crisis period (if the crisis in Latvia, as a part of the EU, was completely over), banks reported an annual increase in the number of customers. So, for only 2012 a year, balances on deposits in Latvian banks increased by about 13%. Another point that allowed the “financial fugitives” from Cyprus to turn their attention to the Latvian banking sector is that the banks of Latvia have been serving a large percentage of non-residents for many years. In particular, the report for 2012 for the year in terms of the number of non-residents of the Latvian banking sector showed that there are more than half of those. In other words, more than half of the Latvian banking system rests on foreign capital, and at the same time, the holders of these capitals have not expressed any discontent with their services.

However, there is a more weighty argument, which turned out to be attractive for large investors who wanted to keep their savings in Latvia. This argument is that Latvia, unlike Cyprus, is not part of the so-called eurozone. For reasons of investors, this gives less chance to the same Berlin and Brussels to launch their buckets in the Latvian banking sector in order to extract funds from it that interest them. How far is this argument related to reality? - It’s not easy to say, but the fact that the Eurocurrency has not yet been introduced in Latvia, which will lock the country into a certain framework, is weighty enough for many investors.

But is it long to be a holiday on the street of those who believe that Latvia is with armor, that is, Latvia without the euro is a reliable option for transferring its funds to this quiet financial haven? Apparently, not for long. The fact is that already from 1 January 2014, Latvia can become another member of the eurozone. At least, this is what Latvia’s current authorities are leading to. Is Latvia ready for this transition?

Before the crisis, the overwhelming majority of citizens of Latvia believed that the country's transition to the euro zone would be beneficial for the Latvian economy, but now (especially after the Cypriot scenario and Greek turmoil) such optimists have diminished significantly. It is noteworthy that an increasing number of representatives of the Latvian business declare that the entry of Latvia into the euro zone will finally put an end to Latvian economic independence, which even today raises certain questions. The reason is called the following: Latvia does not have a development doctrine when using the euro currency. In other words, the euphoria about the introduction of the euro in a country with a certain number of its citizens (and, in particular, the authorities) is there, but no one knows what to do with this eurocurrency and how to correct the economy on its basis. At least, no program, judging by the speeches of Latvian economists, in this regard in the state does not exist. Or it exists, but only gave birth to it at all not even in Latvia, but where there is a vision about the “development” of this Baltic republic. In Germany, for example ...

It should be noted that recently in Latvia economic monitoring has been carried out, which is called monitoring readiness for the introduction of the euro. Such work is carried out by both Latvian and foreign economic structures. According to the first results of this monitoring, there is no clear program for the transition to the euro, not only among the Latvian state structures, but also among 80% of the private business sector. It turns out that only one of the five private companies in Latvia managed to draw up at least some plan that regulates the transfer of accounting policies from lat to euro in accordance with the laws of both Latvia and the European Union. However, only 46% of enterprise managers consider it appropriate to switch to the euro in 2014. The others either do not see any sense in the transition to the Eurocurrency and believe that because of this transition, the Latvian business will start to finally bend over the business of Greater Europe, or see the meaning in the transition when all the prerequisites in Latvia itself are there.

Today in Latvia is the collection of signatures of people who oppose the transfer of the Latvian economy on the rails of the euro. One of the platforms where people vote against the introduction of the euro currency is the platform of the organization “My vote”. In just a few weeks of voting for opponents of the euro, far from the most visited Internet site in Latvia had accumulated about 10,5 thousand. If we take into account those who put their signatures against the introduction of the euro in Latvia during events on the streets of Latvian cities, then according to some data, the total number of opponents can be up to 15-17% of the country's inhabitants. Thus, protest voices can significantly express themselves closer to January 1 2014.

True, there is no reason to doubt that Latvia will switch to the euro in 2014. But it is important that a considerable number of Latvians themselves understand the possible economic negative of this “European transition”. At the very least, the flight of capital from Latvia, which had already managed to escape to Latvia from Cyprus in due time, can fully manifest itself for the Baltic country. Large investors are unlikely to want to take the risk, and therefore the Latvian banking system already at the beginning of 2014 may experience a significant outflow of capital, which can only be replaced by EU loans. And where foreign “friendly” loans flow into the economy, sooner or later their own “Greek economy” is born ...

Ctrl Enter
Noticed a mistake Highlight text and press. Ctrl + Enter
We are
Results of the week. "God forbid to see Russian revolt, senseless and merciless!"Republic of the former USSR. Latvia: years without “occupiers”
28 comments
Information
Dear reader, to leave comments on the publication, you must to register.