April 24 2013
74
Industry continues to supply the Russian army tanks T-72B3. Currently, in addition to Nizhny Tagil on the modernization of the "seventy-two" are also working in Omsk. The modernized T-72B3 replaces in the troops not only the old versions of the Ural tanks, but also the gas turbine T-80BV. 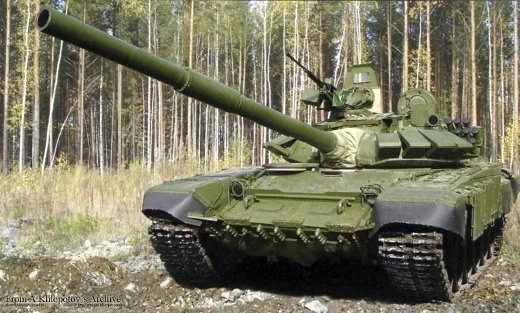 According to the newspaper of the Western Military District "Guarding the Motherland", the tank battalion of one of the motorized rifle brigades of the district was fired for the first time with a regular shell of modernized T-72 tanks that appeared in service at the end of 2012. Earlier in service with this compound were T-80.

Such a replacement caused a mixed reaction. Many consider it unequal.
The T-80BV was adopted as early as 1985. In fact, it differed from the base model 1978 of the year only by setting the first-generation dynamic protection "Contact." At the end of the 70s, the T-80Bs were considered the best in the world, but in the middle of the 80s, they already began to give way to their western peers in terms of some characteristics, in particular, if possible, to fight at night. 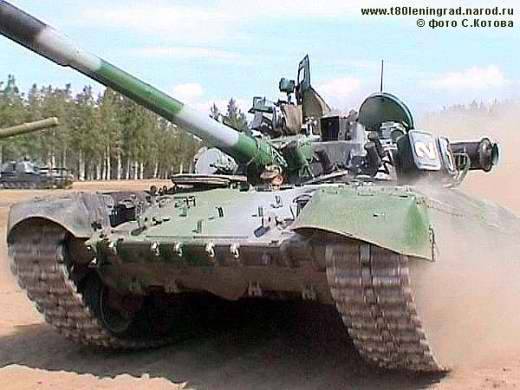 As a result, at the Kirov plant in Leningrad in 1985, the new T-80U tank was launched in a series, which in its characteristics in 1,25 was superior to the previous model. But, unfortunately, this tank, still considered one of the best in the world, was released in a very limited series. In addition, most of the machines of this type did not receive the Agave-2 thermal imager developed for them.

As for the T-80BV, then at present this machine is considered obsolete by all characteristics. The armor protection of this tank does not correspond to the existing threats, the guided weapons complex is not working, and the means of communication are also outdated. The only advantage is the engine in the 1100 HP. But he is very voracious. The fuel supply of 1090 liters plus 680 liters in external tanks, and the power reserve is very small, only about 370 km. In addition, the turbine itself is almost 10 times more expensive than the B-84 engine used on the T-72B3.

As for the T-72B3, there was an opportunity to tighten the characteristics of the machine to the modern level. The most radical, that appeared on the tank, is the installation of one of the best in the world multichannel sight "Pine-U", with a thermal imager. As a result, the gunner operator is now capable of hitting targets, including guided missiles, at any time of the day, without paying attention to dust, fumes and other adverse conditions. The sight has an automatic target tracking, which greatly facilitates the work of the shooter. 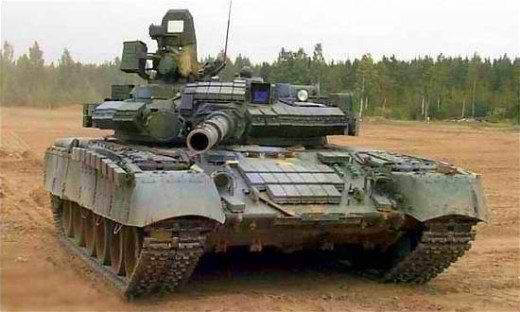 The commander of the vehicle was given the opportunity to duplicate the work of the gunner-operator; on the screen he has, he receives a “picture” from the main sight. The gun, communications equipment, and others were also replaced with new ones.

T-72B3 was first criticized for a somewhat flawed installation of dynamic protection, but this flaw is now being eliminated.

As for the T-80BV, the designers from St. Petersburg have developed a lot of modifications of this tank, but at present the course has been set for unifying the tank fleet, and therefore the gas turbine vehicles will be removed from the army as the resource progresses. 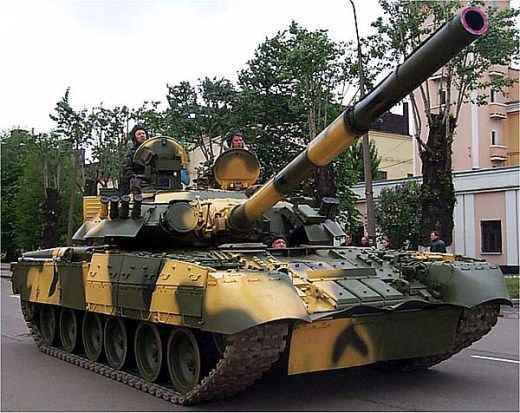 Although the gas turbine direction should not be completely abandoned. It is necessary to continue the research work in this topic.