How Boston comes around in Syria 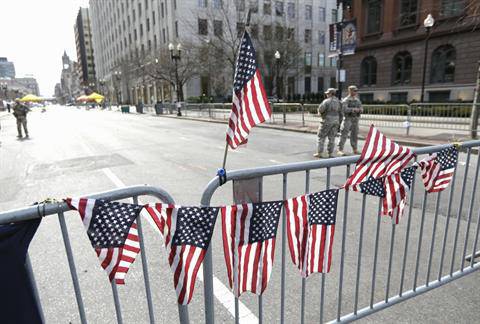 The implementation of the Kerry-Lavrov plan for Syria is stalled due to the difficulties faced by both powers. America can not curb the allies, which they so raschegarel, that they are no longer ready to leave empty-handed, as they are demanded of. As for Russia, it is watching with concern the influx of militants from the Caucasus to Syria, because these people may well enter into a confrontation with the peacekeeping forces.


The change of team in the Obama administration has not brought the desired results. John Kerry constantly contradicts himself, and to such an extent that no one sees the light at the end of the tunnel. Taking advantage of the moment, the opposition began to play actively in Congress, where three bills have already been taken into consideration. The first corresponds to the Israeli plan for the destruction of Syria, the second reflects the interests of the military-industrial complex, that is, it involves a limited war. In accordance with the third gas is divided.

And on this background the terrorist attack in Boston.

During the marathon three bombs killed three people, more than a hundred were injured. It happened on Tuesday 16 on April 2013 of the year at 14.50 local time. Thanks to a backpack with a pressure cooker lid that was successfully found at the scene of the incident and the surveillance cameras, the authorities were able to distribute through the media photographs of the two suspected brothers Tsarnaevs, Tamerlan (17.10 years) and Johar (26 years) on Thursday. On Friday, both escaped a policeman who was shot dead on a campus at MIT. The brothers hid on the stolen Mercedes, but they were caught up and after a skirmish in more than 19 shots both were wounded. Tamerlane died in Beth Israel hospital, and his brother Johar fled again from his pursuers.

These events chained the world to television screens. Relatives of suspects from Makhachkala said that they had manipulated young people. Mother Tamerlan and Dzhokhar, judging by her words, was under pressure from the American police. She openly stated that the FBI was watching over her sons, so with all their desire they could not plan anything they wouldn't know about. The President of Chechnya, Ramzan Kadyrov, initially disown the Tsarnaevs, stressing that the suspects never lived in Russia.

The personal involvement of the US president in the Boston incident demonstrates the significance of the event: Barack Obama spoke about this four times and even came to the Boston Cathedral to give a speech there. The telephone conversation that took place between Obama and Putin talks about restarting anti-terrorist cooperation. But this cooperation can develop in diametrically opposite directions.

If Chechen terror is recognized as a common enemy, then it can be assumed that it will not pass in Syria: the United States and Russia will unite their efforts to resist terrorists around the world. But another option is also possible: terrorism will only be fought in their own countries, while in others they will be ignored. In addition, the problem with this type of terrorist attack is that the consequences of them are known only to those who planned them. That is, at any time new details may emerge that will radically change the interpretation of events and entail other political consequences.

Be that as it may, the following can be argued:

- The Chechen question will interfere with the actions of Russia in Syria;

- the terrorist attack in Boston is a staged action, the purpose of which is to draw attention to Chechen terrorism;

- the way this attack will be interpreted will predetermine the development of the situation in Syria.

The only weak link in the structure is Dzhokhar Tsarnaev. Because he survived. And a nineteen-year-old youth by definition is uncontrollable.

Ctrl Enter
Noticed oshЫbku Highlight text and press. Ctrl + Enter
We are
A great interview with Sergey Lavrov: about Ukraine, Obama and IranWhat you didn't want to know about England
Military Reviewin Yandex News
Military Reviewin Google News
49 comments
Information
Dear reader, to leave comments on the publication, you must to register.