CSTO, Karimov and the US State Department. Central Asia in foreboding ...

April 23 2013
122
The less time left before the implementation of the plans of the ISAF command of the large-scale withdrawal of troops from Afghanistan in the 2014 year, the more information, one way or another connected with the withdrawal of troops, comes through various news agencies. We did not have time to discuss the question of what supposedly NATO is going to ask (or even already asked) informational assistance from Russia in terms of organizing the withdrawal of its contingent from Afghanistan, as it is time to discuss thematic news slightly different character. 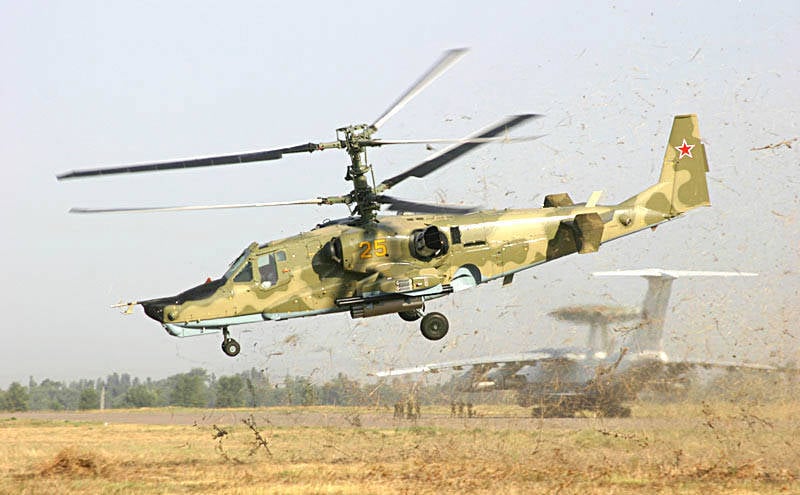 One of such news can be considered the news of the first CSTO retreat on the territory of Kyrgyzstan. It would seem that the meeting of the representatives of the Collective Security Treaty Organization could be classified as ordinary, but the issues that were raised during the meeting were far from ordinary. The fact is that members of the delegations discussed the possibility of creating a special aviation segment in the territory of Kyrgyzstan that will solve problems in Central Asia. It is planned that aviation CSTO (attack aircraft and fighters) will be deployed at a Russian military base in Kant. Actually, the meeting of the CSTO representatives took place on this basis. During the meeting, the CSTO Secretary General Nikolai Bordyuzha announced that the inspection of the base in Kant is aimed at revealing the readiness of this object to fulfill the tasks set by the Collective Security Council. After conducting a kind of tour of the military base, Bordyuzha noted:

I believe that the base, in terms of its existing capacity, infrastructure and personnel training, is ready to carry out any tasks, and, if necessary, to build up forces. The Kant air base has very serious capabilities to provide cover for the actions of the CSTO aimed at preserving the sovereignty and integrity of our states.

It is noteworthy that before this the CSTO did not have its own aircraft. Now the organization is obviously going to strengthen its influence in a highly explosive (due to the announced withdrawal of ISAF troops from Afghanistan) region. And the aviation option of increasing the share of the organization, at least on a regional scale, looks very appropriate.

Immediately after the decision that the CSTO would acquire its own air group (the proportions of military aircraft provided by the member states have not yet been officially announced), Nikolai Bordyuzha was asked why the organization needed its own aviation, and why the deployment of the CSTO aviation group would be made in Kant. The Secretary General replied that the creation of the CSTO aviation group is connected with the fact that there are certain threats that one way or another can manifest themselves during or after the withdrawal of the US military and its allies from Afghanistan. At the same time, Bordyuzha emphasized that the initiative to deploy the air group in Kyrgyzstan did not come exclusively from the Russian side. According to him, it was a "common initiative of some CIS countries." The head of the CSTO also said that after the withdrawal of NATO troops from Afghanistan, the situation there would most likely be destabilized and could have a negative impact on the entire Central Asian region, which the CSTO will withstand.

It is noteworthy that at about the same time, the President of the Republic of Uzbekistan was active. Mr. Karimov, who last year once again expressed his intention to suspend Uzbekistan’s membership in the CSTO, and the membership was not only suspended, but stopped altogether, decided rather unexpectedly to fly to Moscow and invite Russian President Vladimir Putin to visit Tashkent on an official visit. As they say, what could it be? ..

At the talks between the Russian and Uzbek leaders, among the issues of increasing trade between countries and cultural exchange, the issue of security was raised in the very Central Asian region to which Uzbekistan has a direct relationship. In a statement to the press, the heads of state noted that the conversation touched on the withdrawal of coalition forces from Afghanistan, after which the agreement was reached on joint monitoring of the situation. In addition, they agreed on the need to provide all possible support to the Afghan authorities in terms of countering the threat of the spread of terrorism, extremism, as well as the threat of drugs.

Here are some quotes from the Uzbek president:

It must be said that in connection with the upcoming withdrawal of peacekeeping forces after 2014 from Afghanistan (it can be said that this process has practically begun), the current situation in the region has, I would say, a downward trend. And this can not be denied, this is indicated by the facts.

Radicalism is growing all over the world. Uzbekistan is in favor of expanding and deepening close cooperation with Russia within the framework of the UN, the SCO, the CIS and other authoritative international organizations. And in this regard, I want to express a feeling of special respect for the place and role of Russia in the future development of the CIS.

And everything connected with shahids, others, third, - in the world as a whole, radicalism is growing. And it is not a secret that what began in North Africa, in the region of the Persian Gulf, and so on, all this is intended to penetrate into those territories that seem to them quite suitable for them. And in this regard, we in Central Asia, in Central Asia, feel it. Therefore, we are very interested in Russia's opinion on this issue, the vision of Russia in this matter.

Interestingly, since when did Islam Abduganievich again become interested in Russia's opinion in terms of the spread of global radicalism, and why did the president of Uzbekistan suddenly express concern about the withdrawal of the NATO coalition from Afghanistan? After all, I remember that quite recently official Tashkent, on the contrary, was waiting for the withdrawal of American troops from the state of Afghanistan endured by the war, with enthusiasm, as Washington seemed to have promised Tashkent to leave almost a part of its weapons. And now the joyful expectation suddenly changed to the very opposite feeling, and so much changed that Karimov was even drawn to Moscow and made him utter unexpectedly high-flown words about Russia and the CIS, which quite recently were not expected to be heard from either Tashkent or Moscow. Has there been a click in the mind of Islam Abduganievich, who again brought the Uzbek leader to the idea of ​​rapprochement with Russia (or even with the Collective Security Treaty Organization, the membership of Uzbekistan in which to suspend more than once by the will of Uzbekistan). It is possible that it was this click that happened, because Karimov practically directly expresses concerns about the export of radicalism, which, he said, is intended to penetrate into Central Asia.

But didn’t the Uzbek president guess about this when he arranged his demarche with the regular suspension of CSTO membership and a sharp reversal of Uzbek friendship towards overseas partners? Are the words about friendship and partnership from the United States so fog the mind? ..

It is noteworthy that immediately after Islam Karimov flew to Russia, the American State Department manifested itself. Representatives of the US Department of State published a report stating that human rights violations are being recorded in Uzbekistan. “Experts” revealed that the Uzbek authorities give permission for torture of prisoners, restrict the rights of religious minorities, practice arbitrary arrests of unwanted people, restrict the rights of women, cut freedom of speech and even use slave labor on cotton plantations. In addition, top political officials of Uzbekistan are convicted by the US State Department of corruption activities. As they say, the entire set, which allows you to begin the procedure of exporting democracy, is presented. It's amazing how else the “experts” of the State Department did not publish materials that the Uzbek authorities drink the blood of Christian babies or use chemical weapons in the central market of Bukhara ...

I wonder if at least Islam Karimov himself knew about the upcoming report in the US? Is this why he suddenly became kindled with friendliness towards Russia? Or has the State Department decided to punish Karimov for his talks with Vladimir Putin with his report?

Anyway, Central Asia really turns into a zone of large-scale geopolitical tectonics. And if the military-political earthquake in the region becomes quite possible, then it’s really time to move away from mutual reproaches and personal ambitions, and focus on strengthening common security.

Ctrl Enter
Noticed a mistake Highlight text and press. Ctrl + Enter
We are
The southern frontier is under threat. Will Central Asia protect itself?ISAF: leave Afghanistan without consequences
122 comments
Information
Dear reader, to leave comments on the publication, you must to register.