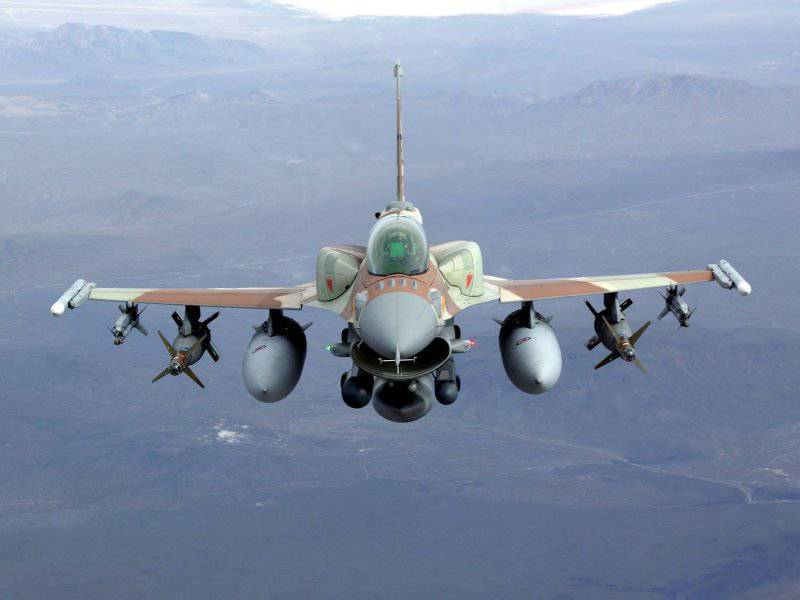 The only aircraft that is cheaper to operate than the F-16C is the A-10C, whose flight hour costs $ 18'000. However, the A-10 is not a fighter and is optimized for ground support. F-16 can also be used for this, but not as efficiently. Hour flight of another ground support aircraft AC-130U will cost $ 46'000. That is why C-130 transport aircraft ($ 18'000 per hour) with special cargo containers equipped with sensors and armaments like the one on the AC-130 come to replace them.

F-16, like A-10, can also use smart bombs. Both aircraft are much cheaper to operate than bombers. B-52H cost $ 70'000 per hour, B-1B $ 58'000, and B-2 $ 169'000. The problem with bombers is that with smart bombs there is no longer a need for a large number of these bombs. Thus, the F-16 is capable of carrying a sufficient number of bombs (a dozen or more, depending on weight) for places such as Afghanistan. To attack, say, North Korea, the bombers will use their own bombs, at least during the first strike, when there are still enough targets to strike.

With suitable sensors, missiles and electronic weapons, as well as well-trained pilots, the F-16 can win almost any other fighter in the air. To combat low-profile fighter aircraft requires sensors that can detect them. However, subtle fighters are often also equipped with the best sensors and electronics. Thus, against the majority of enemies, the clever F-16 can do everything.

Ctrl Enter
Noticed a mistake Highlight text and press. Ctrl + Enter
We are
Situational analysis of the death of the MH17 flight (Malaysian Boeing 777), made on the basis of engineering analysis from 15.08.2014Turkey vs Syria: the balance of power
129 comments
Information
Dear reader, to leave comments on the publication, you must to register.