Ukraine. This strange love for NATO 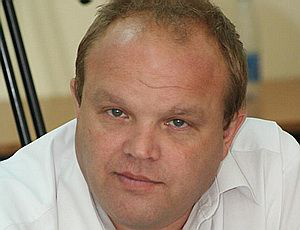 Quick look at history It will reveal to us that the West has always tried to create between itself and Russia a kind of buffer, gasket, and a stopper made of "improvised state material."


The experience of long-term use of the “state installation” is seen in the example of Poland and the new “Baltic states”. It is a kind of existence with a clear sense of the host's leg, from which it is dangerous to run far away. Here the term “grasslands” would be quite appropriate. These modern Entente dolls are well managed and executive. Territories for military bases and launch sites, adjustable information howl, “cannon fodder” for “peacekeeping operations” - all this lies on a tray, like bread and salt for Wehrmacht advanced units in Lviv in 1941 year.

The “foothills”, their elites, the majority of the population perfectly understand their “significance”. Of course, the combat capability of the Polish Army or the Estonian Special Forces is still far from sending Polish legions and Baltic divisions to the “American wars”, which showed the experience of their “point” use in Iraq (by the way, as well as representatives of the valiant “Ukrainian viyska”). However, their “significance” lies precisely in the status of “gasket”.

Calling himself a gasket, the state immediately receives a set of loans and even gratuitous donations. Well, as they say, who will fly, and someone to crawl.

Ukraine once flew and made it possible for others to fly. Now, apparently, he is going to crawl, right up to the delivery of scientific and technical achievements to NATO countries, as was the case with the AN-70 project. There is no doubt that without Russia this aircraft will not rise, and the western military industrial complex will only use design ideas. So it’s time for Ukraine to reflect on the tracked version of the AN-70: what is called closer to the ground.

In its love for NATO, the official Ukraine no longer even repeats clumsy political steps with sitting on two chairs - the EU and the CU. She has already climbed into the chair offered to her and is still choosing the right posture - she participates in the NATO exercises "Rapid Trident", "Maple Arch", "Ocean Shield", is waiting for NATO members in traditional summer Crimean maneuvers and in every way "partners for the American world."

Ukrainian generals have long been running ahead of the locomotives of the "NATO preparatory classes" - Georgia, Bosnia, Macedonia - and demonstrate an ardent desire to participate in NATO military operations around the world. Perhaps, so we will now solve the problem of employment?

Remember the cinematic parasite Fedyu from “Operation Y…”, who, after bringing up Shurik, for every request of the head of the LTP came out ahead with a shout: “I! I! I! ”Similarly, General Mozharovsky runs out in front of the NATO system:“ Given the great practical benefits of Ukraine’s participation in international peacekeeping and security operations for training troops, the Ministry of Defense is interested in further expanding participation in international peacekeeping activities. ” I draw your attention: in the operations not of the UN, but of NATO, and above all in Afghanistan. Although he knows for certain what “Afghan hell” is, where he is ready to send young shoots to the independent squad ... They could not beat off their sailors from Somali hooligans, but the Hindu Kush climbed to the Taliban with particular zeal. Here, not today or tomorrow, the Romanian special forces will take Snake Island with a shelf, but give us Kandahar!

France and the Netherlands fled from there, but General Mozharovsky is impatient to start increasing the number of crosses on Ukrainian graveyards ... I wonder if Mozharovsky sees his own grandchildren as "the great practical benefits of participating in international peace and security operations"? Or will we manage with the Donetsk and Crimeans, since the young people of the region collect oranges in Spain and wash their toilets in Milan? Although there is an idea to arrange a test of loyalty to the values ​​of the free West, sending all the assets of Liberty to Afghanistan, let them prove ... By the way, taking into account the sharp increase in the number of people from the “Islamic world” in Ukraine, some of which methodically throw up surprises like metro explosions and marathons NATO assistant is likely to expect shocks of a special kind ...

The West needs a new plug also as a source of abscess, as a constant inflammation at the Russian borders. We barely managed to appoint a new Minister of Defense of Ukraine, whom someone in a hurry called "pro-Russian," as this minister, under the sauce of discussion of joint projects in the field of military-technical cooperation, proposed to revise the agreements on the Black Sea the fleet. What, he had already given the apartments to the officers, obtained fuel for training flights, and nourished his conscripted soldiers? No, of course, but another thing is more important: political presentation, which is to the liking of the NATO customer.

Of course, there are sensible minds in the structures of the Ukrainian government. To neutralize these, they use the proven cudgel of “violations of democratic values”. And sometimes the “values” are remembered not by a homosexual human rights activist from the European Union, but by an official of the Western military-political bloc. Indicates a country whose representatives have difficulty, but still pronounce the phrase “We are a non-bloc power!”.

And the whole story with the enticement of Ukraine in the EU looks more like a military strategic load - control over the territories bordering on Russia, and other enemies of the “peacekeepers”.

NATO members understand that it is necessary to “work” with all categories, but with the military it is simpler by definition. In the Soviet army, a Ukrainian ensign was traditionally considered to be a very valuable unit of a military unit, albeit a thievish, but obligatory and executive. Today, the “Ukrainian ensign” is the best suited for NATO recruiters. And the drama only lies in the fact that a huge country risks being in the role of ensign.

Ctrl Enter
Noticed a mistake Highlight text and press. Ctrl + Enter
We are
How can Russia survive and win in the 21st century?The importance of the Victory Parade in Russia is being questioned
101 comment
Information
Dear reader, to leave comments on the publication, you must to register.