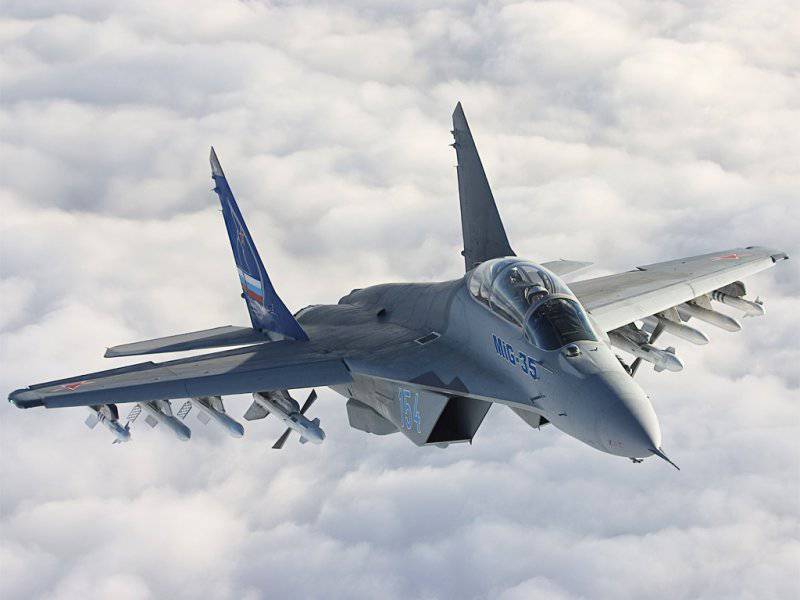 The Russian Aircraft Manufacturing Corporation (RSK) MiG offers India to consider the possibility of concluding a contract for the supply of a multipurpose MiG-35 fighter, said the General Director of RSK MiG Sergey Korotkov.


“Despite the fact that we lost the tender for the supply of multi-purpose fighter jets to the Indian Air Force 126, RSG MiG fulfilled all the requirements put forward by the tender committee,” said Korotkov, who took part in the celebrations on the occasion of the 50 anniversary of the start of deliveries Indian Air Force Soviet fighter MiG-21. “The aircraft showed good results, sometimes even exceeding expectations.”

# {weapon} According to him, the corporation expects that "India will consider the possibility of concluding a contract on the supply of MiG-35."

“And we will have the opportunity to realize it,” he said. - As part of the knowledge that India received in the process of holding this tender, I would like the theme of the MiG-35 to continue in the long run against the background of our common stories and the 50-year partnership. ”

According to preliminary information, the French company Dassault with the Rafale aircraft became the winner of the tender for the supply of fighters to the Indian Air Force. However, none of the parties has officially announced the terms for concluding a contract, ITAR-TASS reports.

He said earlier that the MiG Russian Aircraft Corporation (RSK) has signed a contract with the Indian Ministry of Defense to train Indian deck pilots aviation.

Ctrl Enter
Noticed a mistake Highlight text and press. Ctrl + Enter
We are
The RAC "MiG" are working on the concept of the fifth generation fighter
38 comments
Information
Dear reader, to leave comments on the publication, you must to register.