April 22 2013
41
Tonight, the first experimental flight of the American Antares middle-class launch vehicle took place, designed to deliver cargo to the ISS. The rocket is equipped with engines NK-33 / AJ26, developed and produced at the Kuznetsov enterprise in Samara, which is part of the subsidiary of Rostec United Motion Corporation (UEC). 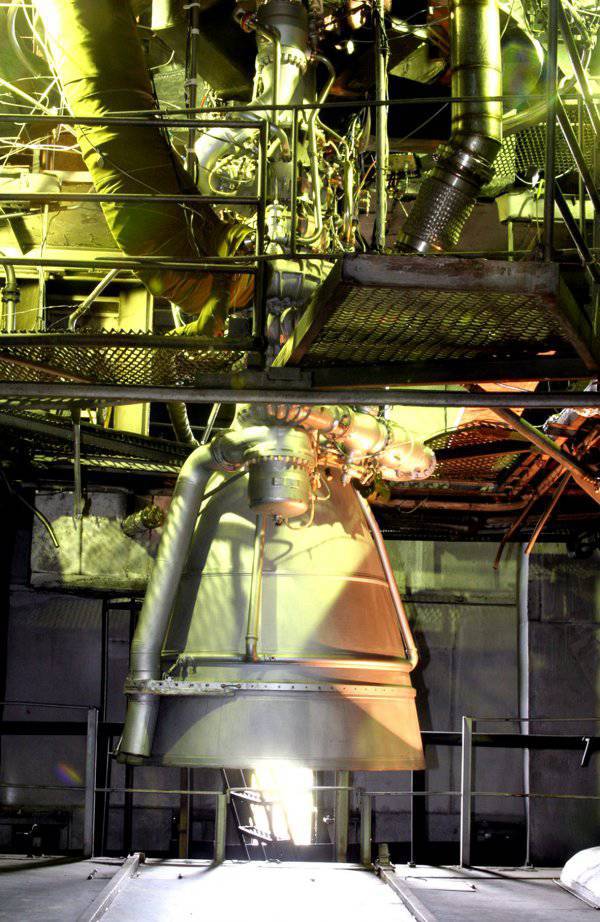 On the night of 21 on 22 on April 2013 of the year at 01.00 Moscow time, the Antares pilot flight program went into orbit to take the simulated payload to 600Х250 km in 300 seconds in degrees. The launch took place from the Mid-Atlantic Regional Space Center (MARS) in Virginia (USA).

The first stage of the launch vehicle, which included the installation of two engines NK-33 / AJ26, as expected, separated at an altitude of 113 km, having worked 235 seconds.

NK-33 / AJ26 is a modified version of the legendary Russian engine NK-33, developed over 40 years ago for the Soviet lunar program. Modernization of the NK-33 / AJ26 since the middle of the 90-s has been carried out by the American corporation Aerojet. Technical support for engine adaptation to the Antares launch vehicle within the framework of cooperation to foreign partners is provided by UEC specialists.

“Today, the Russian NC-33 in a modified version has found its customer in the United States of America. In the near future, it will be installed on the Russian light-class rocket. Certainly, the Soviet designers formed a colossal scientific and technical reserve that allows four decades later to use the created power plants on modern rockets, - said UDC General Director Vladislav Masalov. - However, we strive not only to use the existing engines, but also to recreate their production at a new technological level. Our engineering and engineering staff, who are currently working on this topic, I am sure, are able to accomplish this task. ”

The launch was of great importance to the American space program. In the summer of US 2011, the program turned the development of reusable space shuttles, which were used to deliver cargo and astronauts to the ISS. According to NASA plans, communication with the international space station will be carried out by private corporations. One of the contractors is planning to become Orbital Sciences, which developed the middle-class launch vehicle Antares.

“The first launch of the Antares launch vehicle can be considered historical a milestone in building strong international cooperation in space exploration. We are fully prepared for further fruitful work within the framework of the current Antares project and we hope that our established partnership will continue in the new directions of the American space program, ”said Vladislav Masalov.

In the near future, another launch of the Antares launch vehicle should take place, now with a real payload. His date and time will be known later.

OJSC Management Company United Engine Corporation - subsidiary of OPK OBORONPROM OJSC. More than 85% of the leading enterprises specializing in the development, mass production and service maintenance of gas turbine equipment, as well as key enterprises - branch collectors are integrated into the UEC structure. One of the priorities of the UEC is the implementation of comprehensive programs for the development of enterprises in the industry with the introduction of new technologies that meet international standards.