Iranian military trumps: Made In China 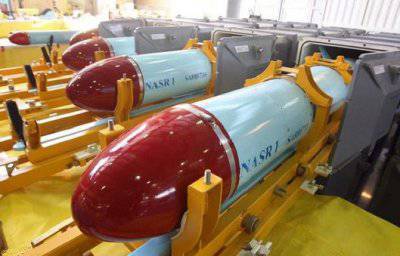 In connection with the ongoing crisis around the Iranian nuclear program, the issue of Iran’s military-technical potential becomes topical. In many respects, it is the result of stable ties with the PRC, where the Islamic Republic plays the role of both a “testing ground” and a “first customer” for many Chinese developments. Moreover, it can even be said that all modern heavy missile weapons, corresponding to the Iranian doctrine of an “asymmetric response”, are, in one way or another, the fruits of cooperation with China.


Of course, if you look at the sources of replenishment of both national arsenals and the national piggy bank of military technologies, then you can find traces of not only China there. Russia, the DPRK, Belarus, and even the United States themselves once had a hand in creating modern Iranian military-technical power. Moreover, before the 1979 revolution, it was the West that played the role of the main supplier of weapons and military equipment to Tehran, and a significant part of the parties received at that time weapons survived even the Iran-Iraq war.

However, after not being able to develop cooperation with the West, Iran has satisfied a significant part of its needs in the Chinese arms market. And we are talking about very important from a military-geographical point of view systems - anti-ship guided missiles and land-to-ground missiles. The latter, contrary to popular belief, is a product of cooperation not only with the DPRK, but also with the PRC, especially when it comes to rockets with solid-fuel engines.

With only North Korean assistance, Iran could not create a sufficiently serious industrial base, subsequently used to create medium-range missiles. Indeed, at the heart of North Korean rocket production are the technologies of old Soviet rockets, and moreover on liquid fuel. Therefore, we can confidently say that without mastering the Chinese technologies, Iran would not have been able to create fully military-applicable solid-fuel missiles, including medium-range ones, by now. That is why Beijing, no less than Pyongyang, is responsible for turning Tehran so rapidly into a missile power.

Today, it is precisely ground-based solid-fuel missiles that Tehran and its opponents regard as the key vehicle for carrying out Iranian strikes against military and civilian infrastructure in the territory of neighboring countries in the event of a war in the Persian Gulf. The flight range and payload of these missiles, together with a short pre-launch preparation time, makes them a rather formidable weapon.

The Iranian Tondar-69 rocket (50-150 km range, 190 combat unit kg) is a copy of the Chinese СSS-8, which, in turn, was created on the basis of the Soviet B-750 rocket ( ADMS) C-75 (B-750 rocket). Deliveries from China began in the 90-ies, later Teheran bought out a license for their production and at the moment, according to experts, is armed with 12 to 32 installations of this type.

In the 1980-ies, Tehran with the support of the People's Republic of China launched the production of the Naseat 6H missiles (80-100 km, combat unit 130 kg) and the Naseat 10Н (110-130 km, combat unit 230 kg). It was a rather primitive and very inaccurate weapon. In 1990, the Zelzal family of missiles was developed to replace it, where the first two modifications were created in collaboration with Beijing, and the 3-i is the fruit of the independent work of Iranian designers [1]. However, Chinese aid has allowed Iran to significantly reduce the gap with other countries in a very short period of time [2].

However, ground targets are not the only ones important for the armed forces of the Islamic Republic. The eternal headache of the Iranians was the total domination of the Americans at sea and their almost complete invulnerability. Suffice it to recall the miserable attempts of the Iranian Navy to cause at least some damage to the US Navy during clashes in the waters of the Persian Gulf at the end of the Iran-Iraq war [3]. / 3 / The lesson was learned, and Tehran seriously engaged in maritime arsenals. And here again Beijing came to the rescue. The development of Chinese missiles C-701, C-704, C-801 and C-802 [4] by the local industry was a real breakthrough in Iran’s military capabilities.

The first rocket of the C-701 family mastered in mass production in the PRC since 1998 of the year (and almost immediately in Iran) was the C-701T. The Iranian copy received the Kosar-1 index. In 2004, in China, the creation of a new C-701 family of missiles, the C-701R, was announced. Almost immediately, Iran began mass production of exactly the same type Kosar-3 missile (range 25 km, weight of the warhead 29 kg, speed 0,79 Mach). At the beginning of 2012, the production and deliveries of the new Zafar missile to the Iranian army began, which, in appearance and declared characteristics, is "remarkably similar" to the Chinese C-701AR.

The C-704 family of missiles in Iran are named “Nasr” and “Nasr-1” (range from 8 to 35 km, warhead 130 kg, speed 0,8-0,9 Mach). This weapon is designed to defeat small sea targets with a displacement of up to 4000 tons. Indirect signs indicate that this technique was originally originally created by Beijing specifically for Tehran.

C-802 is Iran’s most massive anti-ship missile. Its local name is “Nur” (firing range from 10 to 120 km, combat unit 155 kg Mach speed 0,8-0,9). It is also the main anti-ship missile of the coastal defense of the country - when used in the mobile version of the ground-based.

All the described samples belong to quite modern systems and correspond to the level of armament of the Chinese military fleet today. Moreover, some of the samples, apparently, have already been tested in combat conditions. So, Israeli experts believe that in 2006, during the operation in Lebanon, it was precisely with the help of S-701 that the modern corvette of the Israeli Navy was seriously damaged.

To date, only Iran and China have armed anti-ship ballistic missiles. Such missiles are launched along a ballistic trajectory into the intended target area, decreasing, capturing it with a guidance system and attacking, falling vertically. The Chinese model DF-21D is a medium-range weapon (up to 300 km). Its goal is the major aircraft carriers of the likely enemy. Iranian Khalidzh Fars - short-range missile (range 300 km, warhead 650 kg, speed 3 Mach). However, this range is quite enough to "cover" the entire Persian Gulf. And even if this rocket is only a low-speed tanker, this is already a serious argument.

Of course, there are a number of other, more "mundane" examples of military-technical cooperation. Iranian paratroopers small arms are a Chinese unlicensed copy of the American M-16. The first Iranian assault rifle made according to the Bull Pup scheme is a complete copy of the Chinese system with a similar layout. On the frames of the regular exercises of the Iranian army, you can see Chinese air defense radars and so on.

Nevertheless, it is precisely rocket armament that is the most important part of the military-technical cooperation of Iran and China. For several reasons.

First, Iran’s military operations against the US Navy could be the first meeting place for modern naval weapons of the United States and China, and without involving the armies of the parties in a direct clash with each other. There is a noticeable analogy with the episodes of the Cold War, when similar “meetings” were polygons for the military industrial complex of the USA and the USSR.

Secondly, both Iran and China in the event of war with the United States find themselves in a similar situation. A large land power, relying "on its shores" against the large American fleet in the region, supported by a network of advanced ground military bases. Therefore, Iran is also a testing ground for testing various Chinese concepts of asymmetric warfare at sea and on land against the United States and its allies.

Thirdly, without the assistance of China, Tehran could not have gained any significant military potential for action in the Persian Gulf zone by now.

Fourthly, this is a very important phenomenon, the value of which has not yet been appreciated by many. The last 50 years of the United States in their military campaigns around the world have fought against weapons, one way or another, the USSR owes its origin to it. Even the Chinese weapons and military equipment that fought against their American counterparts on the same Iraqi side in the 1991 and 2003 years were all just backward and worsened copies of Soviet military technology.

Now, the main adversary, to which the US is preparing to fight, is the latest Chinese military equipment, even if it is not in Chinese hands. The era of the easy shooting of the “iron ghosts of the Soviet past” ends, and a new era begins in both the American and world military stories. On the arena, in exchange for the Soviet engineer and worker who left with her, their Chinese colleagues are entering. As in the past, “made in the USSR” technologies competed with the US all over the world, in the same way, now there will be a competition between the USA and the Made in China technologies all over the globe.

Ctrl Enter
Noticed a mistake Highlight text and press. Ctrl + Enter
We are
Military reform as an integral part of the security concept of the Russian Federation: Systematic dynamic assessmentMorning freshness with a nuclear flavor
9 comments
Information
Dear reader, to leave comments on the publication, you must to register.