April 22 2013
3
The project of the American self-propelled howitzer M37 began to be developed at the end of World War II. On July 8, 1943, a project was launched as part of the Light Combat Team program to replace the M105 Priest self-propelled 7 mm howitzer. The Americans felt that using a relatively small 105 mm howitzer medium howitzer tank Sherman is not reasonable, and it was possible to put this gun on the chassis of the light M24. The project was given the name T76 - the overall design remained old, and the chassis was new. The overall layout of the T24 chassis has not changed - the fighting compartment in front, the engine in the back. This was the main difference between the T76 and other machines created on the basis of the M24, in which the engine was transferred to the middle part of the body. 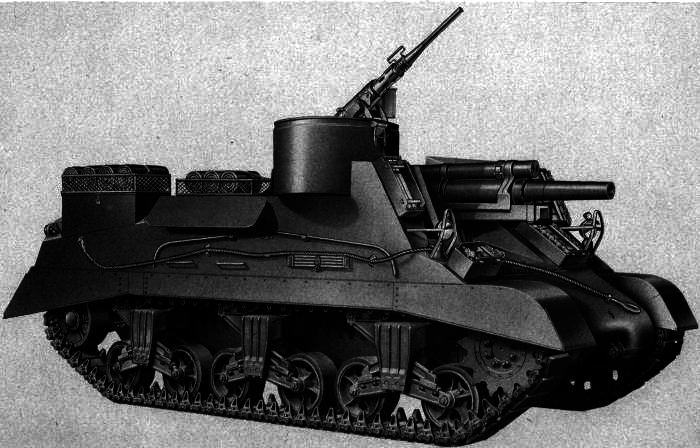 Despite the fact that the new self-propelled unit was created on the basis of a light tank before the M7, created on the basis of a medium tank, it had significant advantages. In the T76, the crew space for the 7 increased the crew, increased the ammunition load - 90 shots (for the M7 Priest - 69). The self-propelled gun was specially designed for mounting a 4 caliber howitzer mm in the tower of the M105 tank. The gun M4 is a modification of the 105-millimeter non-self-propelled M1. It is capable of hitting targets 14,97-kg with a projectile at a distance of 11160 meters. Practical rate of fire was 2-4 shot per minute. The traverse 105 mm howitzer also increased - 22,5 degrees in both directions, the elevation was -10 .. + 45 degrees. Side and frontal armor increased to 17,5 mm (0,5 inch). The workplace of the driver's assistant was located in the “department” (located to the right of the howitzer) with a machine gun. 50 cal, which could conduct circular fire on both airborne and ground targets. The SAU T76 weight was 18120 kg, length - 55364 mm.

The new self-propelled gun, in comparison with the Priest, turned out to be quite successful - it was cheaper, more mobile, lighter, with more armor and better traverse. 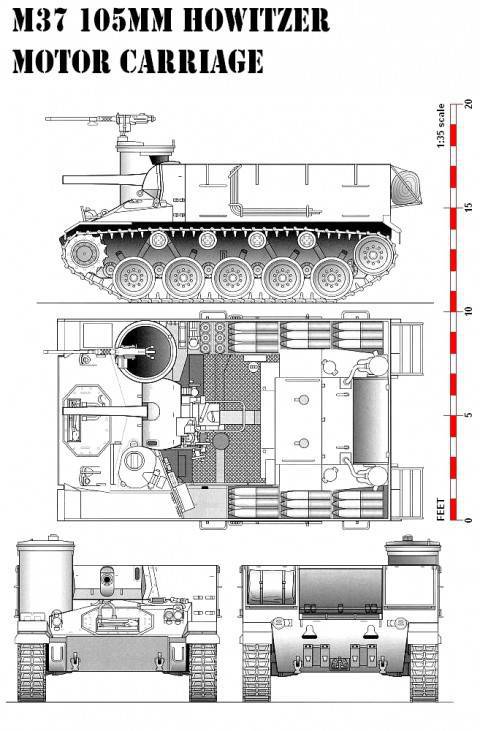 T76 in January 1945 was standardized as the M37 HMC. At the same time, an agreement was signed with American Car and Foundry for the production of 448 self-propelled howitzers. After the end of World War II, the contract was handed over to Cadillac, who released the largest number of M37 HMCs. Since World War II was completed, the order was reduced to 317 self-propelled guns. One M37 was converted into a T38 equipped with an 4,2-inch mortar. Available vehicles entered the National Guard (National Guard) and the US Army Reserve (Army Reserve).

M37 HMC in the battles of the Second World War did not participate. One of the reasons for removing self-propelled guns from service was the change in requirements for the protection of equipment, due to the likely danger of radioactive decay products when using nuclear weapons. weapons - it is obvious that the M37 open on top to provide such protection was not ready.

UN troops were actively used M37 HMS in Korea. After the end of the Korean Won, the M37 HMC was removed from service with the American army. A number of self-propelled howitzers M37 were given to the allies of America as part of the Millitary Assistance Program. 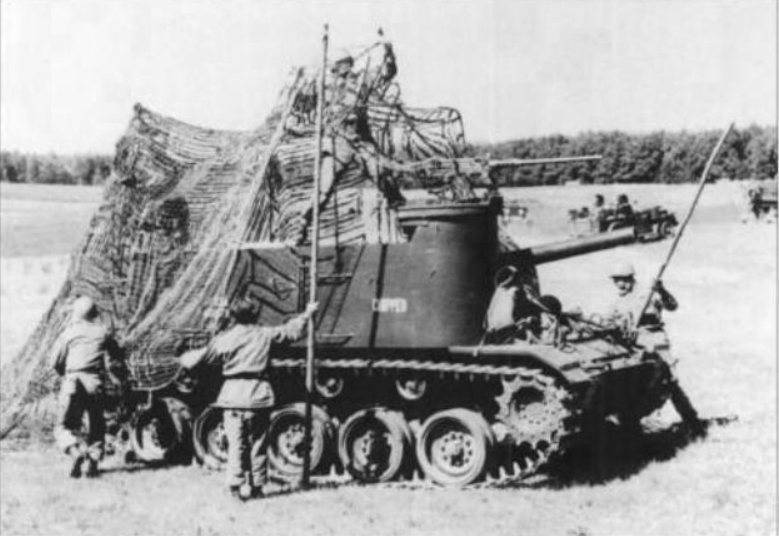 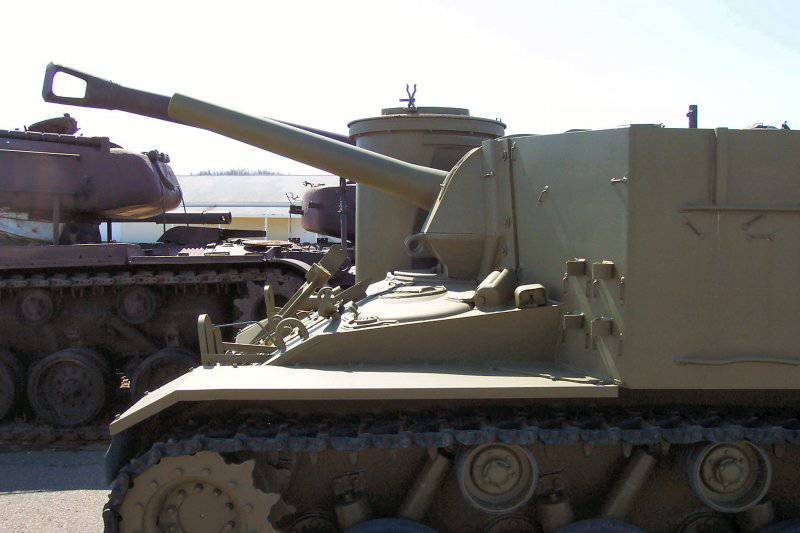 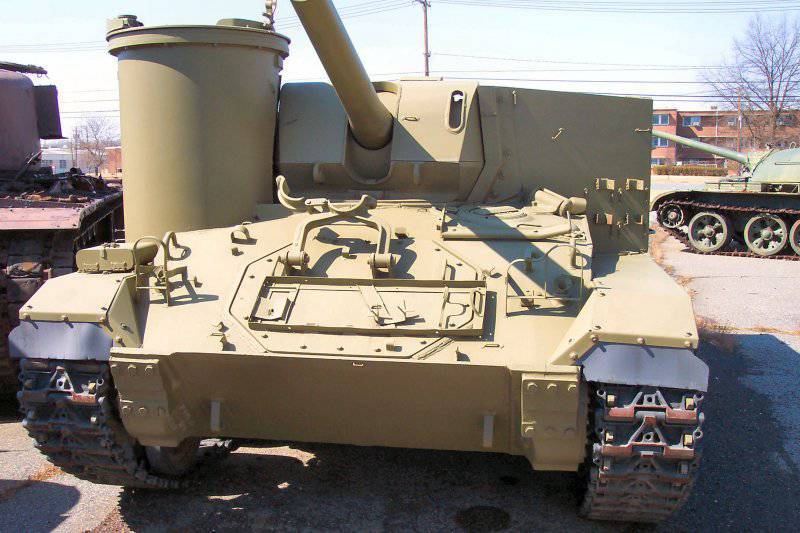 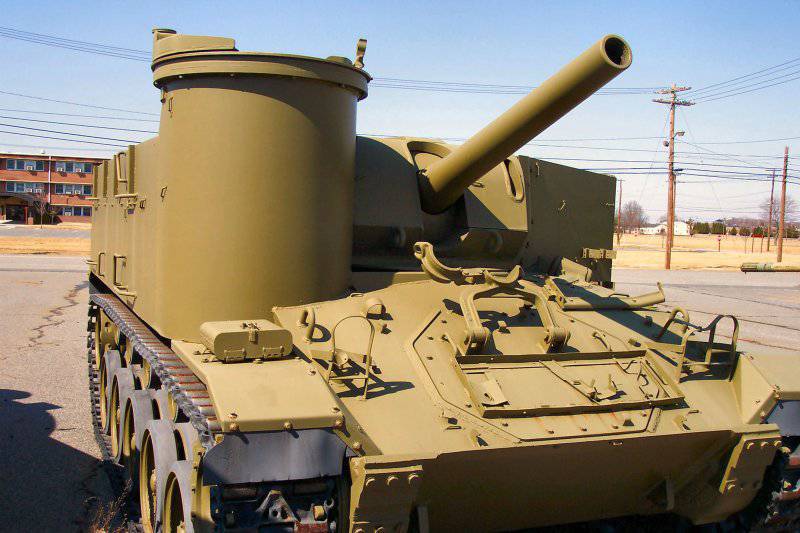 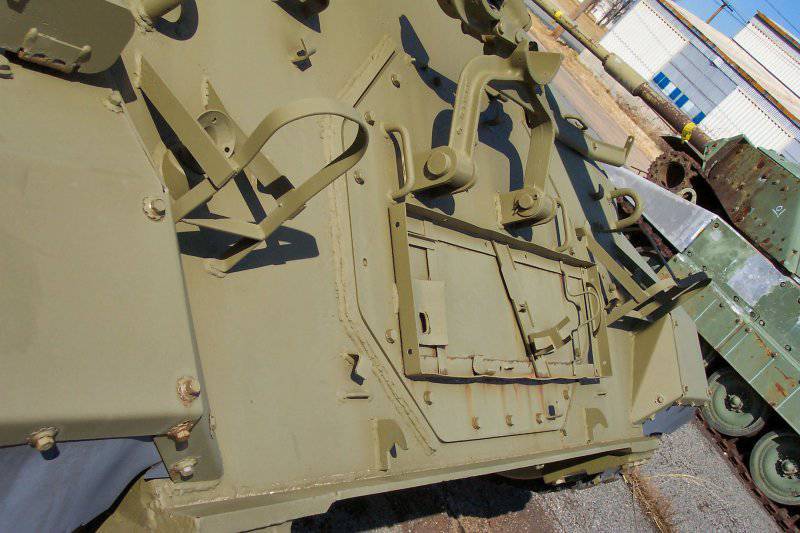 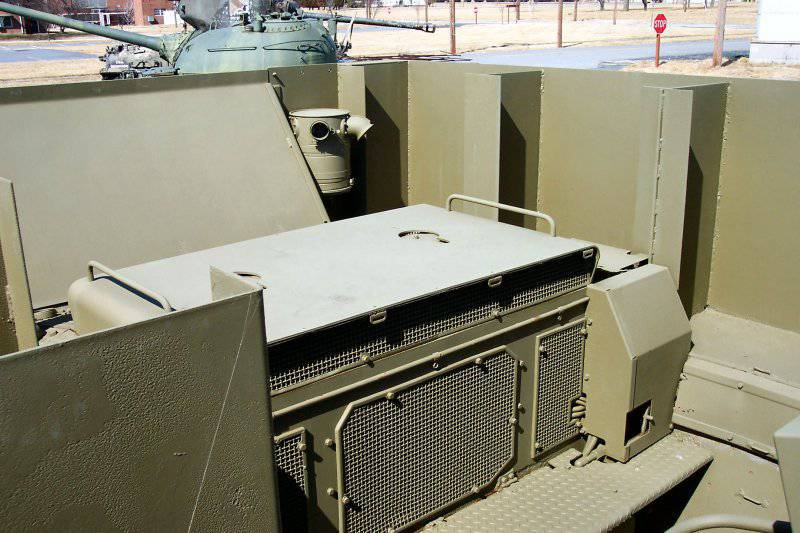 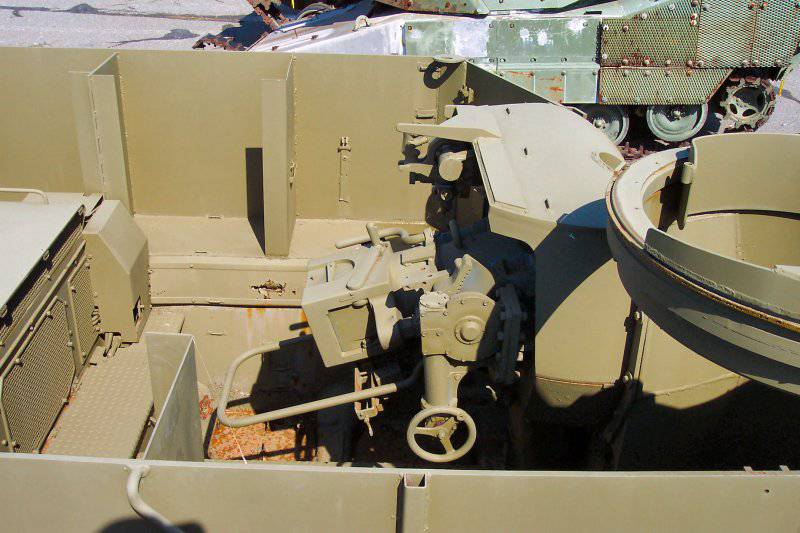 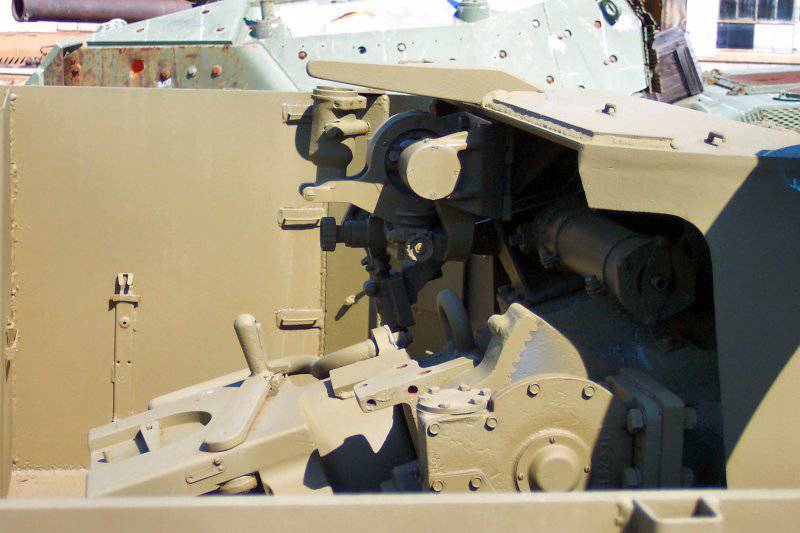 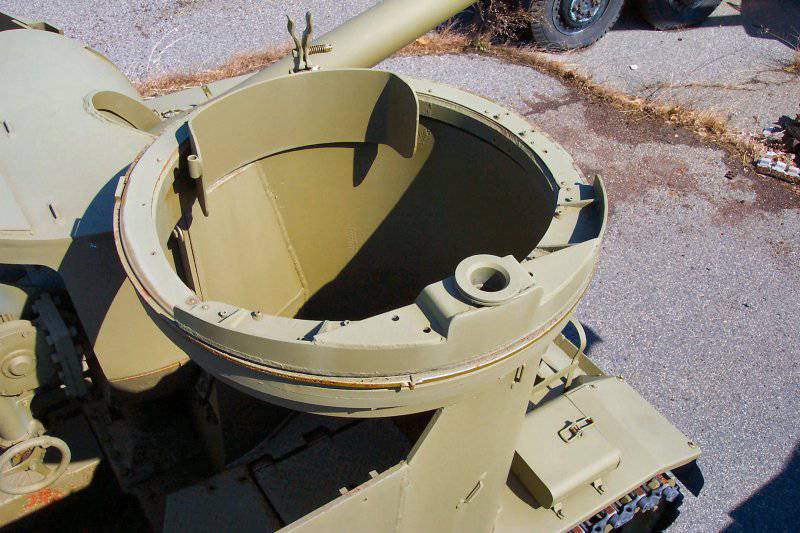 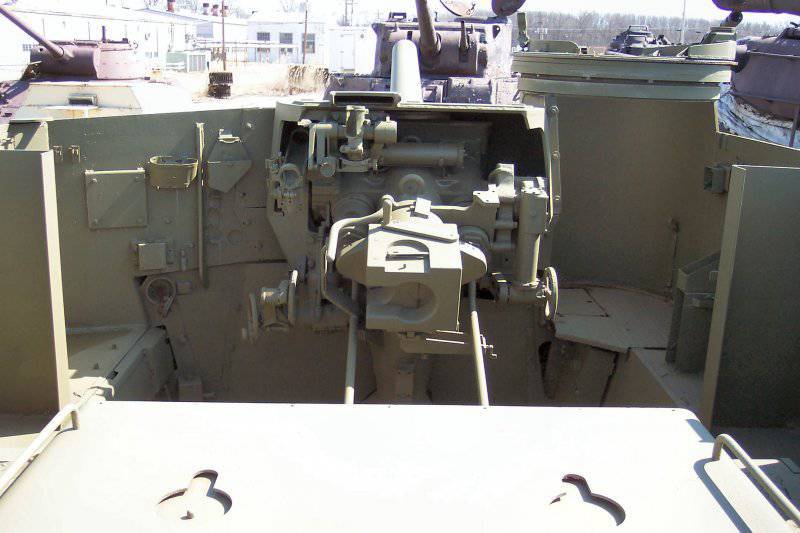 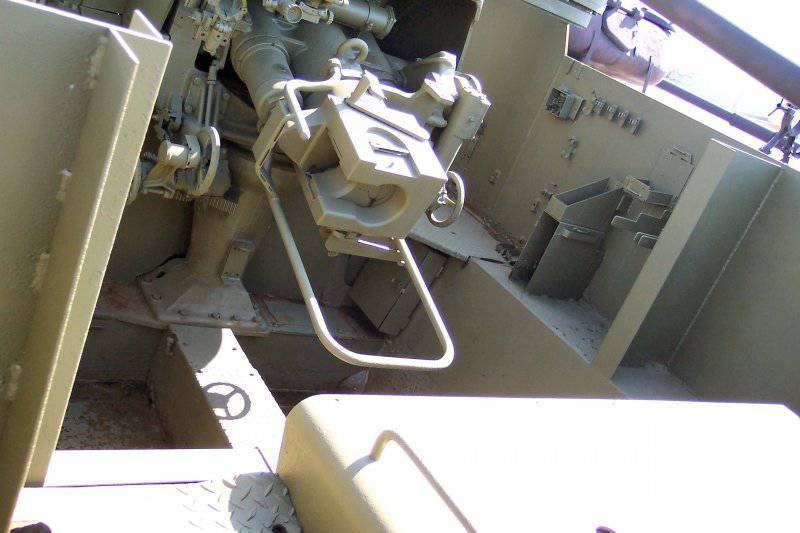