How to raise a defender of the motherland? 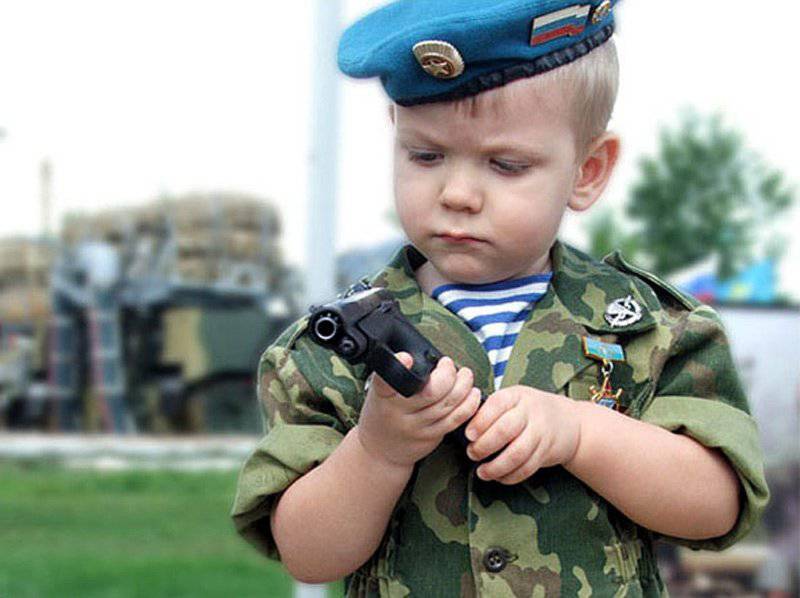 When a boy appears in the family, all the grandparents, together with their parents, dream of growing up to be a brave, courageous, responsible, independent, kind, caring and self-confident person.

Only many people forget that it will take a lot of effort to achieve this in order for the dear little man to become a real man, the pride of the whole family. Of course, everyone has their own opinion about the qualities that a real man should possess. Some believe that he should be strong and courageous, others - sensitive and caring, but there are those who suggest that the concept of "real man" is something from the realm of fantasy. Time changes people and their opinions about the qualities that a modern man should possess. For example, if before strength and courage were to be indispensable features of every man, then in the modern world, such qualities as diplomacy and tact come to the fore. Perhaps this is due to the fact that just a couple of centuries ago, a real man should defend his point of view with the help of force, but now the ability to convince and high intellectual abilities is more suitable for resolving any conflict.

Of course, the development of the intellect cannot prevent a man from maintaining his physical form at a good level. Parents should encourage their children to attend sports clubs, gyms, swimming pools, etc. However, the use of force in a dispute by a boy or a man to prove his courage to others is hardly worthy of the respect of society and, most likely, will testify only about the improper behavior of a person.

A man in his life also meets with pain, grief, loss. And there is nothing wrong when a man cries. This statement destroys the prevailing stereotype that men never cry. According to psychologists, those who do not want to splash their emotions outward, as a rule, shorten their lives, thereby leaving their loved ones without male support. As teachers say, parents who impose an erroneous stereotype of behavior on their sons, forbidding them to show emotions, cause irreparable harm to their psyche. Good parents who think about the future of their sons will not make them “emotional disabled”. The family of the future man needs to make maximum efforts to teach the child to express his emotions and feelings without damaging his dignity.

Surprisingly, psychologists believe that the emotional needs of boys are higher than girls. This means that separation, failure, resentment, etc. they experience sharper. It is very important at an early age to cultivate communication skills in a growing man, the ability to share toys and get out of conflict situations without fights. Parents should help the child to successfully adapt to the new team for him: kindergarten, sports section, school, etc. Another prerequisite for the upbringing of a real man: the child should deal only with what he likes. It does not matter if he is not interested in playing football, perhaps he will be suitable for other sports, orienteering, tourism or participation in search teams - the main thing is that he chooses for himself an occupation.

At all times, men valued such qualities as independence and independence. Raising independence is necessary from the first steps of the baby. Let it be a failed attempt to eat porridge yourself without the help of adults. And it does not matter that all the clothes, furniture and dishes will be in this mess - the main thing is a victory over yourself and a manifestation of independence. A teenager, especially, should be given the opportunity to make independent decisions and encourage her own point of view: parents do not have to agree with her, but they need to be respected. The imposition by adults of their point of view of a teenager will only bring harm to a young man. The way out of this situation is to try convincingly to convince the son of the fallacy of his position.

According to the findings of psychologists, as a rule, in the family, boys are comfortable with their mothers, but their father is still the role model for them. No wonder the people say that the apple does not fall far from the apple tree. If the father spends most of the time with a bottle of beer at the TV, the son will soon repeat the words he heard from his father and finish drinking beer from the bottles.

The example of the father always has a huge impact on the future man. Of course, it is of great importance when the father of the family spends a lot of time in the circle of his relatives and, especially, children. But the father must devote time to the boy and personally. This will strengthen their friendship, mutual understanding and trust.

At all times, the man is associated with the image of the defender. But there can be no abstract defender, a man should have a developed sense of patriotism and readiness with weapons in the hands to defend the freedom of their homeland.

The well-known Russian teacher D.I. Pisarev believed that the feeling of patriotism is manifested as love for all of humanity. It may be difficult to convince a modern teenager to treat with love a certain concept for him, like humanity. He is closer to the love of relatives and friends than to strangers.

N.A. Dobrolyubov in his works on pedagogy, he divided the dynamics of the development of patriotism in children into several stages. The meaning of transitions from one state to another is the growth from unconditional feeling to a true and conscious attitude towards the Motherland and the need not only to love it, but also to protect it.

Younger schoolchildren and preschoolers perceive patriotism instinctively, as a kind of axiom “I love the Motherland, but for what I do not know.” This period is very important for the further education of a citizen of his country - since it is the first step towards readiness to accept conscious patriotism.

But the teenager, feeling the care and love of loved ones, penetrates them with a sense of gratitude. He can already feel an attachment to the physical environment — to the fields, forests, mountains, valleys, and other places that make him pleasant memories for the rest of his life. And all that a teenager, and then an adult man, loves and values ​​so much, he will strive and protect as his Motherland. One should not underestimate the influence on the future defender of the Fatherland and the spiritual environment: literature, science, art, historical and cultural heritage, etc. You can not bring up a fully developed person without instilling in him a love for a healthy lifestyle. Under the influence of many factors, a teenager turns into a thinking, healthy, strong, intelligent person who understands perfectly well that patriotism is manifested not only in the struggle with an external enemy, but also in the absence of fear of following the dear truth in any situation.

There is a well-known truth - you can be able to die for Russia, and can we live for it? The readiness of the younger generation to defend their homeland with arms in hand is very important, but it is equally important to teach him how to work for the good of the country.

A country cannot have a peaceful future if it does not have reliable defenders of its borders. In order for adolescents to develop a love for the Motherland, pride in the feat of grandfathers who defended their Fatherland, society must make efforts to increase adolescents' interest in military-applied sports, develop strong-willed qualities, physical skills and readiness to protect Russia.

The formation of a real man is influenced not only by the family, but also by the people around the child. And it can be said with confidence that if every member of society recognizes his responsibility for raising the boy, then this society, subsequently, will receive a reliable, intelligent, skillful advocate, and, most importantly, a person.

Ctrl Enter
Noticed a mistake Highlight text and press. Ctrl + Enter
We are
Cleansing with fire, or What is bad soldier with a prison past? ..
68 comments
Ad