Does NATO seek advice from Russia on Afghanistan?

April 20 2013
112
The other day the Russian edition of Kommersant published a material stating that representatives of the NATO command in strict secrecy appealed to the Russian Ministry of Defense in order to learn from the experience of the withdrawal of Soviet troops from Afghanistan. The submission says that several sources in the North Atlantic Alliance itself reported this at once. The same sources explained why NATO does not want an appeal to the Russian side to become public knowledge. The reason allegedly lies in the fact that NATO wants the withdrawal of the combined contingent from the territory of Afghanistan not to be associated with the world community with the withdrawal of the Soviet contingent, which in the West was considered and continue to be considered occupational. Like, we want to take advantage of your experience, but only about this no gu-gu ... No one! Hear! .. 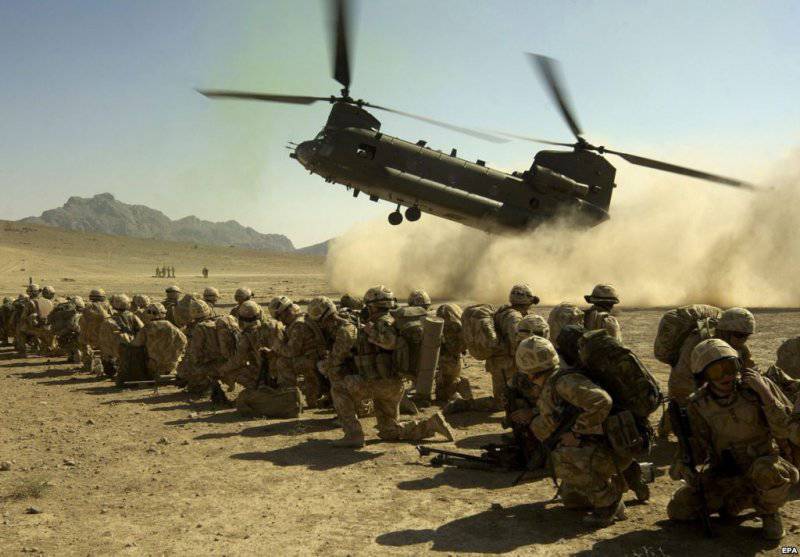 And now such top-secret information suddenly suddenly becomes the very property of the public, whom they were so afraid of in Brussels and Washington. Moreover, if we analyze the situation with the sources of "Kommersant" in the North Atlantic Alliance, it turns out that there are several informants of the Russian press in this military organization, who give out all the secrets of the alliance without the slightest delay. At the same time, the Kommersant publication reports that the information on the requests to the Ministry of Defense of the Russian Federation from NATO was also confirmed in the Russian General Staff. After that, the secret status of the NATO appeal looks quite unclassified, since literally everyone who told the Russian press was referring to this appeal.

It turns out that the appeal of the commanders of the alliance to the Russian side was, to put it mildly, not so secret. After all, in the US the same, all normal people understand that the American and other NATO troops for ordinary Afghans will in any case remain occupying, and it is unlikely that NATO will be able to compromise NATO more in any way. As a matter of fact, it is possible to compromise even more those on which, as they say, there is no place to put a compromising stamp.

However, we will not begin to exaggerate the theme of the “strictest secrecy” of the NATO appeal to Moscow, but rather consider the very essence of this appeal. So, the alliance is interested in studying Soviet-era information on the withdrawal of Soviet troops from Afghanistan. After all, it is necessary to deduce not only the servicemen themselves, but today there are about 100 thousand people in Afghanistan, but also military equipment and equipment. Of course, the plans of the same Washington state the point according to which most of the weapons and equipment can go to the Afghan army being formed, as well as settle, for example, in Uzbekistan. But at the same time, all NATO officials cannot afford to leave in the Central Asian region. The main reason is the fear that all this will look like the most real flight of the “winners”. The Americans (first of all, they) want to get out of Afghanistan in such a way as to save their face. It is for this reason that NATO is asking for information help from Russia, because the withdrawal of Soviet troops at one time was very successful.

Is Russia ready to provide such assistance? If you believe all the same unnamed sources, then Russia will go towards NATO, since there is no specially guarded secret in the withdrawal of the Soviet contingent from Afghanistan. And if Russia is ready to provide information assistance to Brussels on this issue, a new question arises. It consists in the following:
Russia has information about how the Soviet contingent was brought to the territory of the USSR (to the Central Asian republics and beyond). The same General Boris Gromov, who commanded the operation to withdraw Soviet troops from the Democratic Republic of Afghanistan, could tell a lot to Western "partners." But the point is that the experience with the withdrawal of troops extends only to the withdrawal of these same troops in the USSR. It turns out that the West wants precisely this information from the Russian Ministry of Defense. But if so, for what? Whether the American and other military men together with military equipment in 2014 year gather to give up houses through the Russian territory? Many will say that all this is just speculation. Yes, undoubtedly, this is speculation, and nothing more, but ... And then why should the same Americans turn to the Russian side, because they could use the already developed methodology - withdrawal of a contingent in parts. For several years now, this methodology has brought certain benefits to NATO. So in 2010, the 1650 of the Dutch military left Afghanistan, in 2011, about 3 of thousands of Canadian soldiers returned home, in 2012, several Belgian, Luxembourg, British, French, American, Australian and other military personnel numbering a few departed from Afghanistan in Afghanistan thousands of people. It would be possible to continue in the same spirit and further, but turned to Russia.

And here there are two possible reasons for such treatment. The first reason: Brussels is really going to use not just the experience of the Russian side in terms of the withdrawal of troops from Afghanistan, but, in fact, Russian territory (as they say, anything is possible in this world). Reason Two: Brussels wants to conduct a fairly bright action on the return of the troops of the "winners" to their homes. But as regards the organization of striking actions, it is unlikely the same Americans would decide to use Russian councils. Already, Americans are used to organizing the show themselves, and often they succeed in these shows: both in terms of troop deployment (recalling “enchanting” troop deployment to Iraq after the “Powell test tube shown at the UN”) and inference. As they say, they enter and go out on their own, and then suddenly they decided to ask us for help ...

On the one hand, of course, there are partnership agreements, but recently the partnership of Russia with the North Atlantic alliance more and more often looks somewhat doubtful.

Against this background, the last news from Afghanistan look, to put it mildly, irrelevant. Recently, the Taliban "reported" the killing of 13-ti local Afghan police, who at one time were prepared for the service of foreign instructors. It is not even the fact of the incident that is surprising (the killing of Afghan police and military personnel, unfortunately, is not uncommon for this state), but how this massacre took place. According to one of the Afghan news agencies, the police were asleep during the attack on them, without putting a single sentry to the post. That is why the Taliban simply cut out the entire police outpost in the province of Ghazni, while grabbing a departmental car and all small weapon killed by law enforcement officers. This eloquently speaks not only about the level of training of Afghan police and military personnel, but also about the level of their responsibility. One can imagine how much the Afghan security forces “prepared” by NATO forces “stretched” after the mass withdrawal of NATO troops. So we need not only and not so much to give NATO advice on how best to leave the alliance forces from Afghanistan, but to think how the powder keg again after this withdrawal would roll to our borders.

PS Since the information is declared strictly secret, please read: do not tell anyone and nothing. Shh ...

Ctrl Enter
Noticed oshЫbku Highlight text and press. Ctrl + Enter
We are
Situational analysis of the death of the MH17 flight (Malaysian Boeing 777), made on the basis of engineering analysis from 15.08.2014Results of the week. “Why is the war going on? Do they not read newspapers? ”
Military Reviewin Yandex News
Military Reviewin Google News
112 comments
Information
Dear reader, to leave comments on the publication, you must to register.