Who in the Baltics pulls the blanket over himself? 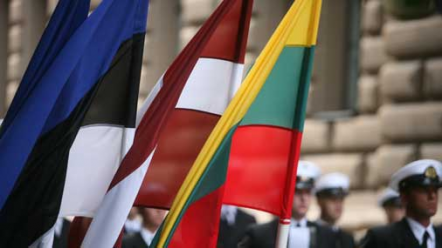 There is a common opinion about the inviolable defense trinity of the Baltic states - Estonia, Lithuania and Latvia. All three countries are members of the NATO bloc, the armed forces of the three former Soviet republics regularly participate in joint exercises, exchange experience, the military-political leadership of the countries makes mutual visits, and all this is “spiced up” with loud words about the protection of sovereign Baltic peoples from aggression from eastern neighbor. "


Is there really a lot of mutual understanding between Estonia, Lithuania and Latvia (in that order - author’s note) in fact?

In mid-October 2012, on the other side of the Baltic Sea - in Sweden - the report "Security and Defense of the Baltic States" was published by a group of experts commissioned by the Swedish Ministry of Defense. The report concluded that of the three Baltic States, only Estonia can be considered to be defensive to a certain extent.

Of course, the report was sharply received in Latvia and Lithuania, however, in Estonia, the press naturally naturally accepted the provisions voiced in the report. Moreover, in Tallinn, they were so inspired by the positive assessment of the Swedish specialists that they were not ashamed of the expressions and called the army of Latvia “an empty place” at all.

For the sake of truth, it is worth noting that the impressive report of the Swedish Ministry of Defense contains not only an analysis of the defense capabilities of the Baltic republics - there is a lot of information up to the assessment of the Russian military reform and the prospects for NATO in the event of "possible aggression from the East." It is clear that the independent Baltic republics are not in a position to fight on equal terms with Russia and are directly dependent on the support of the alliance, however, according to the authors of the document, there are significant differences between them.

Estonia has the most efficient army. Its armed forces have 5500 troops, and in the case of mobilization, thousands more can be increased by 30, which makes it possible to fully equip one infantry brigade, four separate battalions and four defensive areas.

In addition, there are 12000 people in the Estonian Defense Union, the so-called "Kaiteleit" - a volunteer militia that also reports to the Ministry of Defense. The Estonian army has about 100 armored personnel carriers, 100 artillery shells, 230 mortars, a number of anti-tank guided missiles and an air defense system. The air force consists of two transport aircraft and four helicopters, and the navy is represented by boats and four minesweepers.

In general, the report says, the Estonian army is a force capable of making its contribution to ensuring stability in the region, and any alleged aggressor who chose to seize the republic "impudently" will face serious resistance.

Against the background of such a flattering description for Estonians, the state of affairs in Latvia looks deplorable. The Latvian armed forces are about 5000 military and 10000 reservists. The army was consolidated into two "not the most combat-ready" infantry battalions and the Zemeszardze battalion, a volunteer paramilitary force that is part of the defense ministry. At the same time, the operational headquarters in the country consist exclusively of administrative staff.

In the event of a general mobilization, Latvia will receive another 14 lightly armed infantry battalion, one artillery battalion, one air defense battalion and several auxiliary units. A common problem for the army is the shortage of heavy weapons - in particular, it does not have any armored personnel carriers or any other armored vehicles, and there are also no short-range and medium-range air defense weapons.

According to the Estonian newspaper "Postimees", the defense forces of Estonia and Latvia, which started from one line twenty years ago, are now in a diametrically opposite position. Latvian Defense Forces are not ready to fight at all. They can neither defend their country nor cooperate internationally. Estonia’s southern border is defenseless, and “in terms of security, Latvia is an empty place,” says Kaarel Kaas, an expert at the International Center for Defense Studies. According to him, "in the event of war, the Latvian army will be able to protect sacks of flour and bridges somewhere in the rear, but it is not suitable for military actions."

As for, for example, the Latvian militia, then, according to the colonel of the stock of the Estonian defense forces, Leo Kunnas, 10 thousand people "declared in the Latvian" Zemeszardze "exist only on paper."

Ants Laaneots, the former commander of the Estonian defense forces, said that army financing in terms of both the total amount and in terms of percent of GDP, both in Lithuania and in Latvia, is much lower than the Estonian ones. Thus, in 2011, defense expenditures in Lithuania amounted to 0,91% of GDP, in Latvia - 1,05% of GDP, while Estonia spent 1,73% of GDP on its soldiers. "At the same time, in 2012, these expenses were increased to 2%," said Laaneots. In his opinion, the full ambitions after joining NATO, Latvia and Lithuania moved too early to the model of a professional army. As a result, a situation has developed in which 59% of the army budget Latvia spends thousands of its servicemen on 4,6 salaries, and 10,6 thousands of Lithuanian military "eat up" 67% of its military budget. Of course, in such a situation it is out of the question to modernize or purchase new types of equipment and weapons.

"If you add to the salary expenses the cost of participating in a mission in Afghanistan, then neither Latvia nor Lithuania, in fact, have any money left for the development of the army," the general said. As for Estonia, where recruits make up the majority of the army, personnel costs do not exceed 34,5% of the total military budget.

It is curious that in Latvia they preferred to respond to the criticism coming from the pages of the Estonian press, and not to the report published by the Swedes. According to the Minister of Defense of Latvia Artis Pabriks, the article in "Rostimees" is tendentious, it "heats up the atmosphere and does not contribute to the unity of the Baltic countries", but the Latvian side found few counter-arguments.

Thus, the parliamentary secretary of the Latvian Ministry of Defense, Veiko Spolitis, probably wanting to rehabilitate the Latvian military in the eyes of society, recalled that several years ago the Estonian armed forces borrowed T-55 tank from Latvia, which was removed from service as not meeting NATO standards.

Among other disagreements in the camp of the Baltic states, there is a separate issue of cooperation with NATO. Recall, the mission of the NATO air police in the Baltic countries began in 2004, immediately after their entry into the alliance, and today alliance aircraft are based in Lithuania. Tallinn is trying to negotiate with Vilnius on the transfer of the airbase of the coalition forces under the Lithuanian Šaulai (the largest military airfield from Soviet times) to Estonia on the reconstructed airfield in Ämari. In the 2012 year, this fight with Lithuania for the right to be present on the territory of Estonia by the alliance's air police aircraft was particularly significant - each of the three (including Latvia, technically not having such an opportunity) countries wants patrol aircraft to be based on its territory.

On the whole, quite a lot of facts indicate that the leadership of the Baltic countries is more inclined to "overtighten the blankets" than to full-fledged military cooperation. Perhaps this is really explained by the gap between the preparedness of the armies of the three neighboring states. However, many experts are inclined to consider such (and, as a rule, reciprocal) attacks as part of the political struggle that Estonia, Lithuania and Latvia are waging for their prestige in the all-European arena.

Ctrl Enter
Noticed a mistake Highlight text and press. Ctrl + Enter
We are
As NATO instructors in the territory of a military base in Estonia, trained Ukrainian nationalistsHow Latvia pragmatically and constructively cooperates with Russia
139 comments
Ad