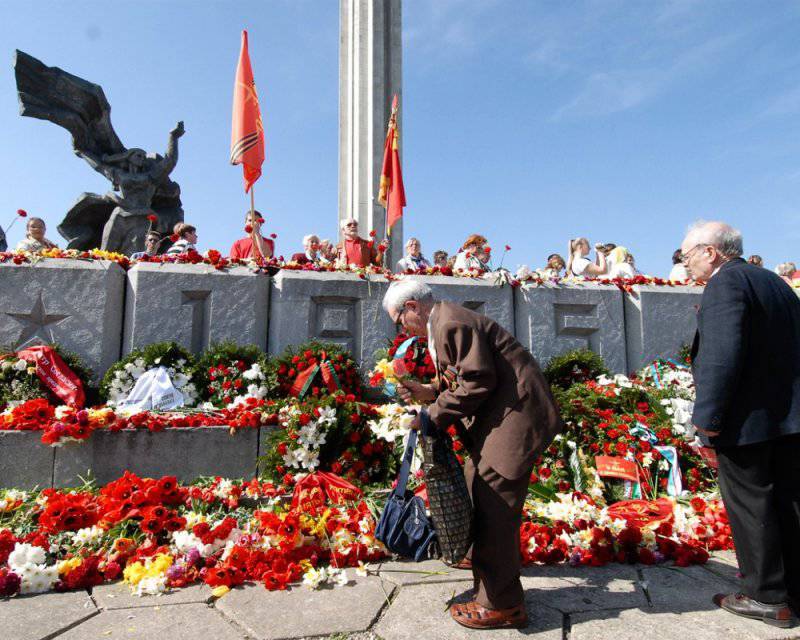 Latvian deputies made concessions and did not urgently consider a bill equating Soviet symbols with Nazi symbols. This means that the document will not be accepted until 9 in May, and veterans of the Great Patriotic War in Riga and other cities of the country will be able to wear orders.


Discussion of the issue caused heated debates in the local parliament. The moderate part of the deputies corps, taking into account the squall of criticism and early elections, suggested not to rush in with the adoption of the law and weigh everything. In their turn, the nationalists declared that there was nothing to expect, and by May 9, it was necessary to ban Soviet symbols, reports Latvijas Avize.

As a result, the first ones won the vote with a gap of just 5 votes. At the same time, both sides spoke of the need for "Latvian understanding stories“But if the nationalists harshly declared that the very celebration of 9 May insulted the feelings of citizens, since the Nazi occupation was replaced by the Soviet one, the moderates pointed out that the USSR still won the war, and the Soviet history is so complex that it cannot be unambiguously evaluated.

Meanwhile, the deputies have not decided what to do with the orders of veterans. Only the radicals from among the nationalists insisted that they should be equated with the Soviet and Nazi symbols, and therefore the police should force the elderly to take them off. However, a considerable part of the deputies considered that symbols should be considered flags and emblems of Nazi Germany, the USSR and the Latvian SSR.

Ctrl Enter
Noticed a mistake Highlight text and press. Ctrl + Enter
We are
Veterans of the Victory Parade: we saw the military power of Russia
115 comments
Information
Dear reader, to leave comments on the publication, you must to register.