April 20 2013
21
The tradition of massively painting planes in black appeared during World War II. It was assumed that this would make it difficult for the enemy to detect it at night, this applies both to night bombers and to those who should have fought them, night fighters. 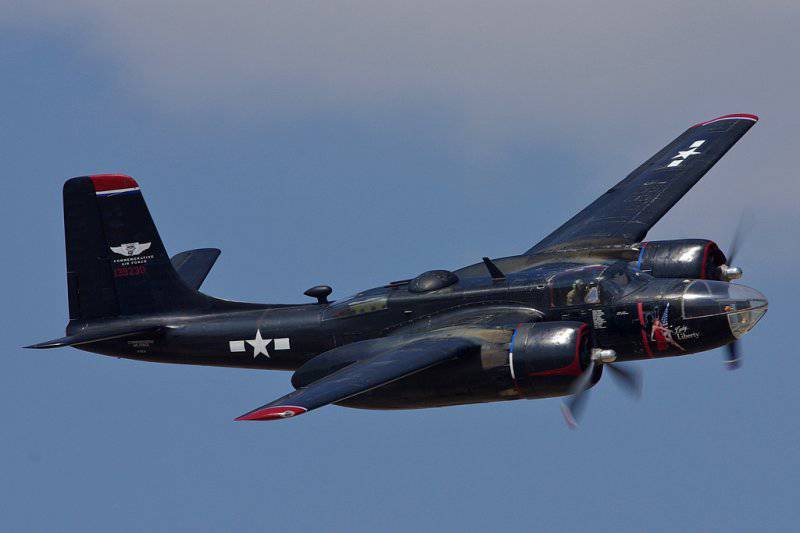 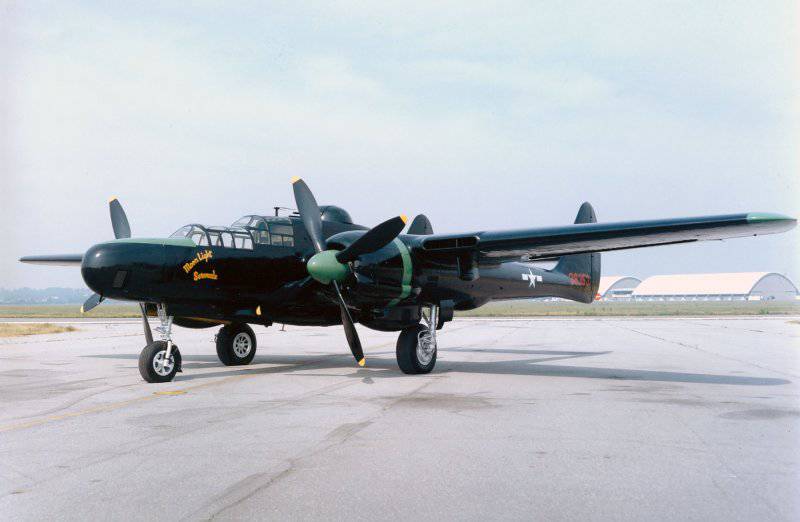 It would seem that the mass use in the post-war time of radar stations (radar), all-weather fighter-interceptors, anti-aircraft missile systems (SAM) should have made such masking not relevant. But nowadays, “black birds” continue to fly. This is connected not only with the desire to make the plane barely visible visually at night, but also with the use of special heat-resistant or radio-frequency absorbing materials.

It is noteworthy that planes painted in a similar way, as a rule, were created in the framework of "black" ones. secret programs. And still shrouded in an aura of secrets and legends. 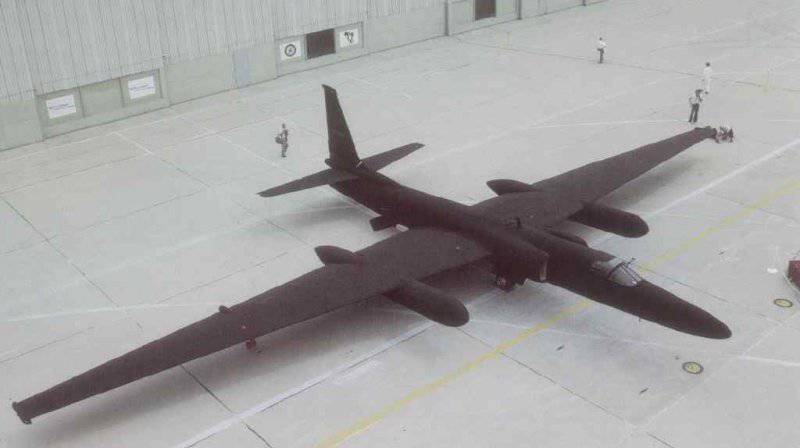 Such a legendary plane is considered to be Lockheed’s U-2. Its designer is no less legendary Clarence Johnson.

In 1955, the first copy of a new Lockheed reconnaissance aircraft, Lockheed U-2, which was developed and built under the strictest secrecy in the so-called Skunk Works company, took to the air. He had high flight characteristics that ensured him the ability to fly at high altitude and long range, which were the result of advanced engines and successful layout of the aircraft. The Pratt-Whitney J57 engine with a reworked fuel supply system was used as a power plant; the wing of the aircraft with a large elongation (like a glider) allowed to increase the flight range.

Designed to work at altitudes above 20 km, where detection and interception were unlikely, the U-2 was equipped with a large number of data acquisition devices. Intelligence flights over the countries of Eastern Europe began on June 20, and the first flight over the USSR was performed on July 4 of the year 1956.

The fact that the U-2 reconnaissance aircraft was detectable and vulnerable was demonstrated on 1 on May 1960, when this plane was shot down by a ground-to-air missile during a regular flight over the Soviet Union. It was the last flight of the U-2 over the USSR. In total, X-NUMX reconnaissance flights of U-24 aircraft were performed over the territory of the USSR. However, flights continued in other regions, it was U-2 that discovered the preparation of launching positions for ballistic missiles in Cuba. Modern versions of "U-2S" equipped with side-looking radar to date are in service with the US Air Force. It is assumed that they will be decommissioned by 2 year. 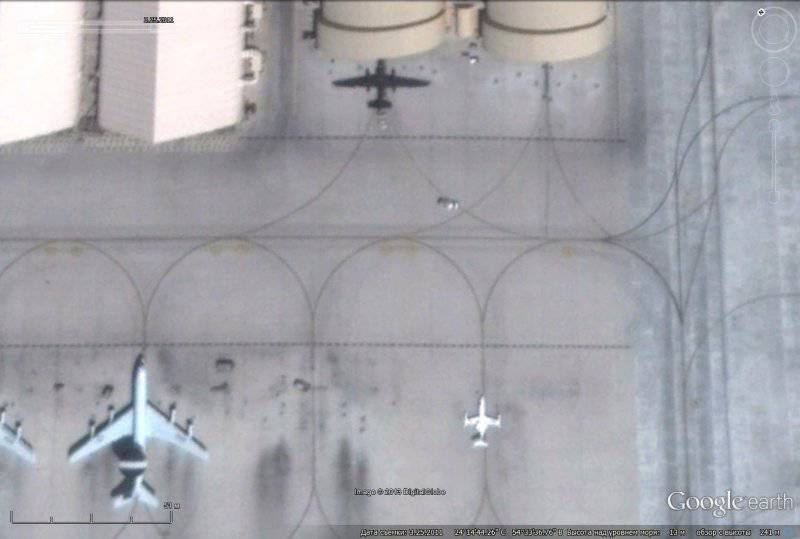 It is known about the 7 downed U-2. One by one over the USSR and Cuba, the rest over the territory of the PRC. All of them were destroyed by Soviet-made air defense systems C-75. 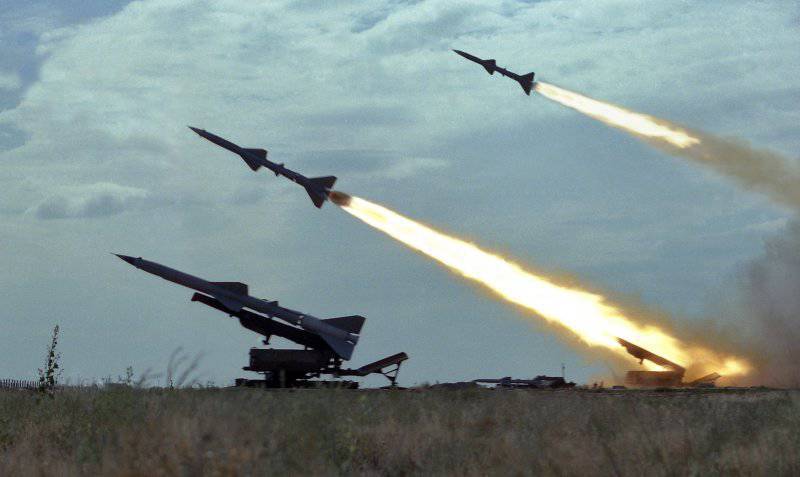 There are special relations with C-75 U-2.

The vulnerability of U-2 forced the development of the next generation intelligence officer. The pledge of his “unbreakability” was supposed to be high speed, allowing him to evade anti-aircraft missiles and interceptors. Led the development, all the same Clarence Johnson. The prototype aircraft A-12, was used by the CIA, the aircraft for the Air Force received the name Lockheed SR-71 "Blackbird", which literally means "Blackbird". 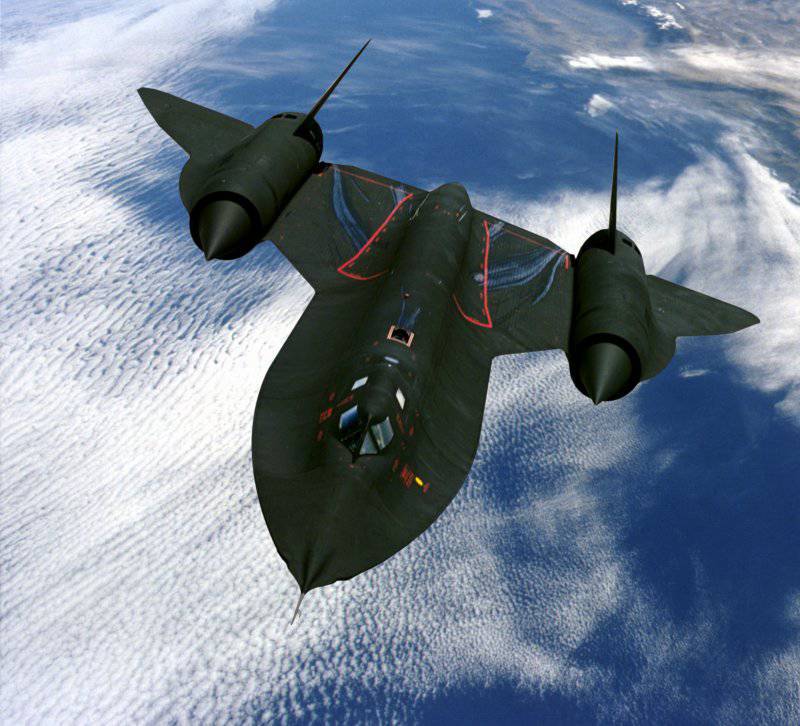 At that time, the SR-71 was the fastest aircraft in the world - approximately 3300 km / h and had one of the highest ceilings of maximum height - 28,5 km. It was originally planned to use it for reconnaissance over the territory of the Soviet Union and Cuba, however, the plans had to be changed in connection with the event that occurred on 1 in May 1960, when the predecessor of the Titan Goose U-2 was hit by a Soviet anti-aircraft missile system. The United States decided not to risk expensive aircraft and used reconnaissance in the USSR and Cuba using satellites, and SR-71 sent to North Korea and North Vietnam.

The Blackbirds photographic equipment, capable of shooting in 150 radius, allowed the US military intelligence to photograph the coastal zone of the Kola Peninsula without disturbing Soviet airspace. However, one day the not very agile SR-71 still went too far. 27 May 1987 of the year SR -71 entered Soviet airspace in the region of the Arctic. To intercept the command of the Soviet Air Force sent a fighter-interceptor MiG-31. 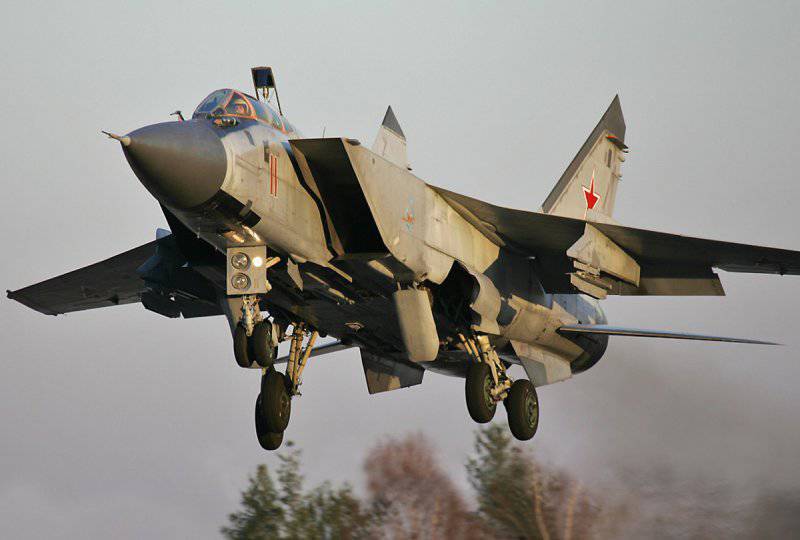 With a speed of 3000 km / h and a practical ceiling height of 20,6 km, the Soviet aircraft successfully drove the “Blackbird” into neutral waters. Shortly before this incident, two MiG-31 aircraft also intercepted the SR-71, but already in neutral territory. Then the American intelligence officer failed the mission and flew to the base.

Some experts believe that it was the MiG-31 that forced the Air Force to abandon the SR-71. It is difficult to say how plausible this version is, but there is reason to believe so. Also could cause the departure of the SR-71 and the Soviet anti-aircraft missile system C-200, which could easily reach the “Blackbird” at the maximum height. Of the 32 aircraft built, 12 was lost in various incidents. The Air Force stopped using SR-71 on 1998. due to excessively high operating costs. For some time the flights continued in the interests of NASA. 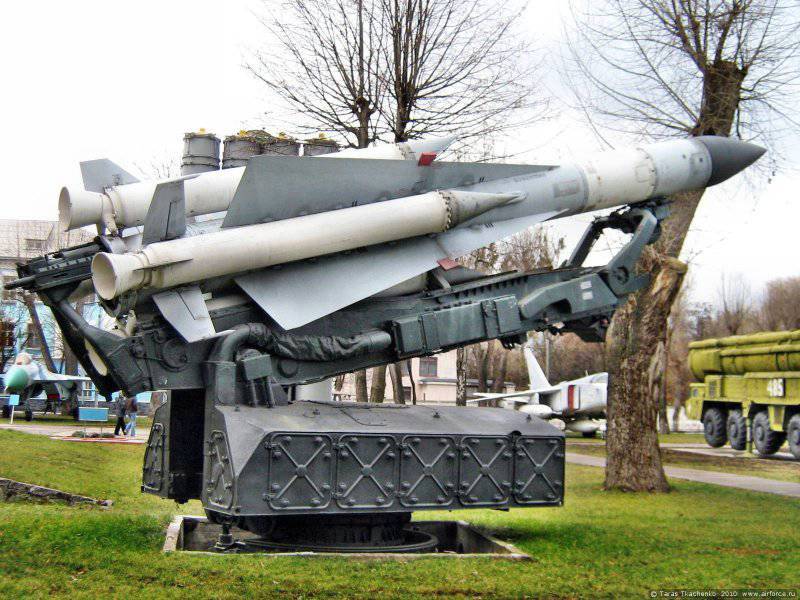 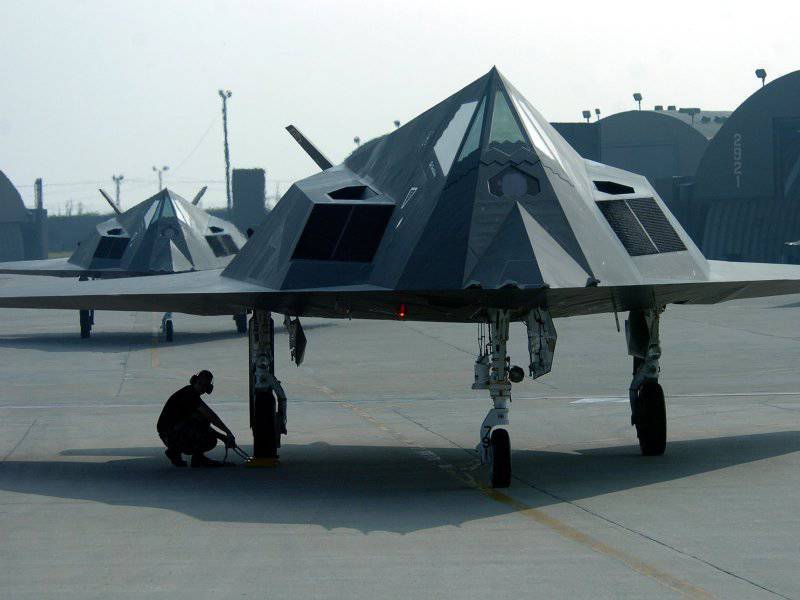 The next "black" aircraft in all respects was Lockheed F-117 "Night Hawk" - "Night Hawk", which made the first flight in 1981. and built in the number of 64 copies., the very existence of which has long been denied. The design of the aircraft is based on stealth technology. The aircraft itself is built on an aerodynamic scheme "flying wing" with a V-shaped tail. The wing of a large sweep (67,5 °) with a sharp leading edge, a wing profile outlined with straight lines, a faceted fuselage formed by flat trapezoidal and triangular panels are so completely relative to each other in order to reflect electromagnetic waves away from the enemy radar radar. Located above the wing on both sides of the fuselage, the flat air intakes have longitudinal partitions of radio absorbing materials. The plane has no external suspensions, all the weapons are located inside the fuselage.

It should be noted that despite such radical decisions, the designers failed to achieve the ultimate goal - to build a plane that is invulnerable to the enemy. First, because of the degraded aerodynamics, the F-117 was poorly defended against enemy fighter attacks if they could detect it. Secondly, the ideas embodied in the design could reduce visibility only up to a certain limit, and also did not provide a very low ESR for radar systems in which the receiver and transmitter were separated at different points. As a result, the Soviet C-200 and C-300 anti-aircraft systems could fire at it with greater chances of hitting, while the older, upgraded C-125 could not guarantee defeat, but could also pose a threat. In particular, during the raids on Yugoslavia, the F-117 was shot down with the help of the C-125 complex. Low performance and vulnerability were ultimately the cause of its decommissioning in the 2008 year.

The most expensive in the world today is the “black” Northrop B-2 “Spirit” - “Ghost”. 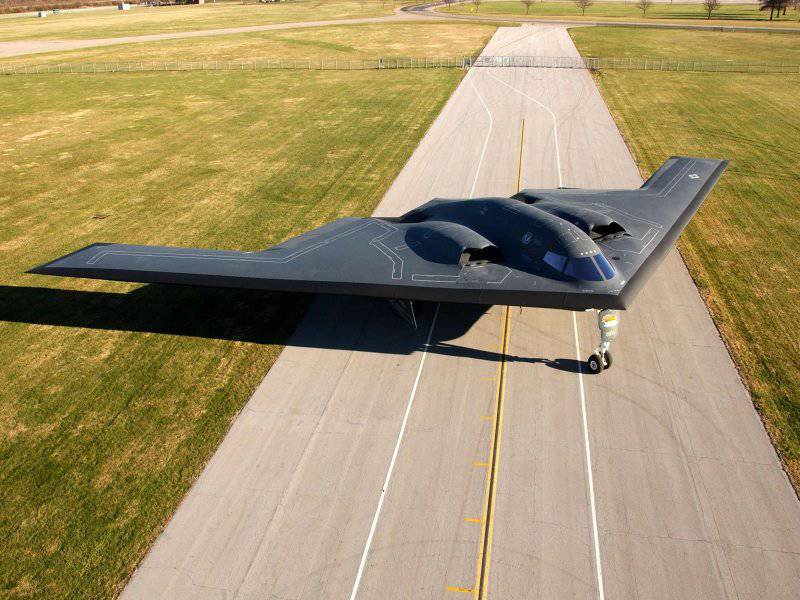 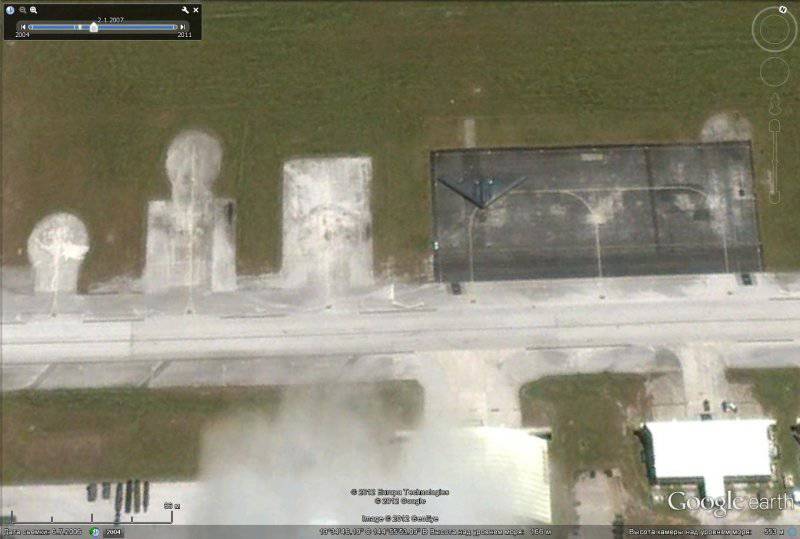 To ensure inconspicuous stealth technology is widely used: the aircraft is covered with radio-absorbing materials, the “flying wing” aerodynamic design is created, and the jet streams of engines are shielded. The exact ESR value for B-2 is not reported, according to various estimates, it is the value from 0,0014 to 0,1 m². 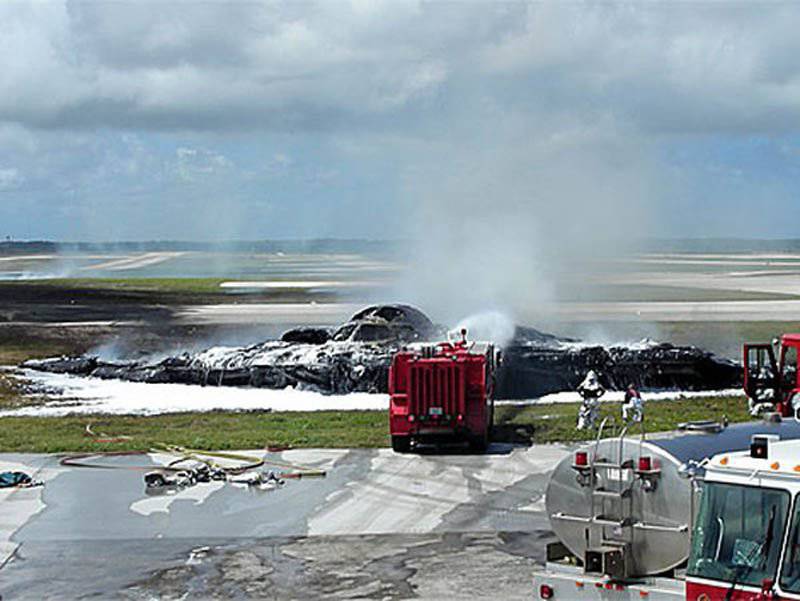 The first combat use took place during a NATO operation in Yugoslavia in 1999. More than 600 precision bombs (JDAM) were dropped on targets. At the same time, B-2 made a non-stop flight from the Whiteman Air Force Base to the unit. Missouri to Kosovo and back.

In subsequent years, B-2 were used in the wars in Iraq and Afghanistan. With an in-flight refueling, B-2 made one of its longest combat missions, taking off from the Whiteman Air Base in Missouri, completing the combat mission and returning to its home base.

During the military operation “Iraqi Freedom” in 2003, B-2 made combat missions from the atoll of Diego Garcia. From these positions, 22 combat sorties were made. From the Whiteman air base, 27 combat missions were made. During 49 departures, more than 300 tons of ammunition were dropped.

The duration of combat missions was more than 30 hours. During one of the sorties, the B-2 remained airborne without landing for 50 hours.
March 19, 2011, during the military operation "Odyssey. Dawn, ”three US Air Force B-2s were raised from Whiteman Missouri Air Force Base. Together with two B-1B bombers from South Dakota, they were sent to Libya. During the entire operation, B-2 destroyed 45, and B-1B 105 targets, among which were weapons depots, air defense facilities, command and control points, service facilities aviation and other military equipment. 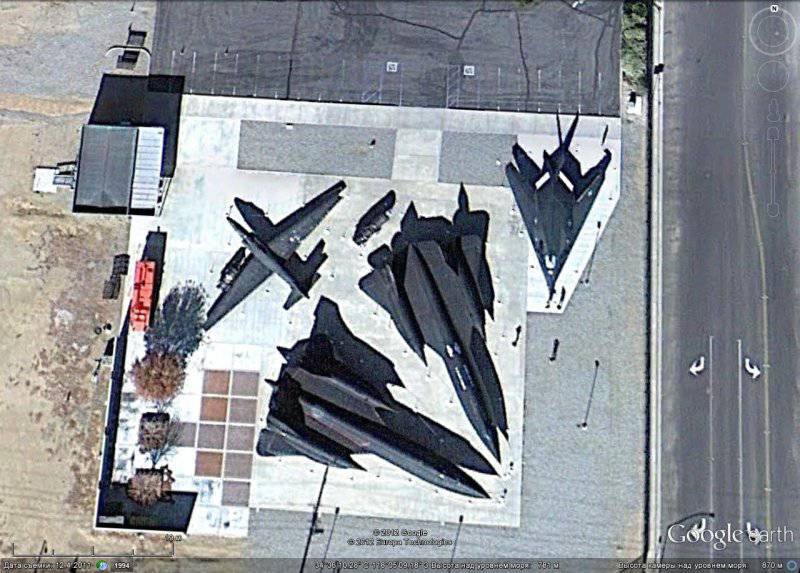 Paradoxically, in operation today are the “oldest” - U-2 and the most expensive - B-2. The rest can be seen in aviamuseums and memorials of air bases in the United States.

Ctrl Enter
Noticed oshЫbku Highlight text and press. Ctrl + Enter
We are
An-12 in AfghanistanSR-71 Blackbird: the fastest aircraft in the world
Military Reviewin Yandex News
Military Reviewin Google News
21 comment
Information
Dear reader, to leave comments on the publication, you must to register.