Serbian insurgency in the UN

April 19 2013
202
A serious scandal flared up the other day within the walls of the United Nations. For the first time since the existence of this structure, a debate has been held here on the role of international justice in reconciliation processes. Sensing where the wind was blowing from - it was clear that without a discussion of the nearly 20-year work of the international tribunal for the former Yugoslavia would not do here - the US (and Canada and Jordan that joined them) tried to thwart the discussion, declaring a boycott of the meeting. However, this “extremist” position was not found in the rest of the UN member states. 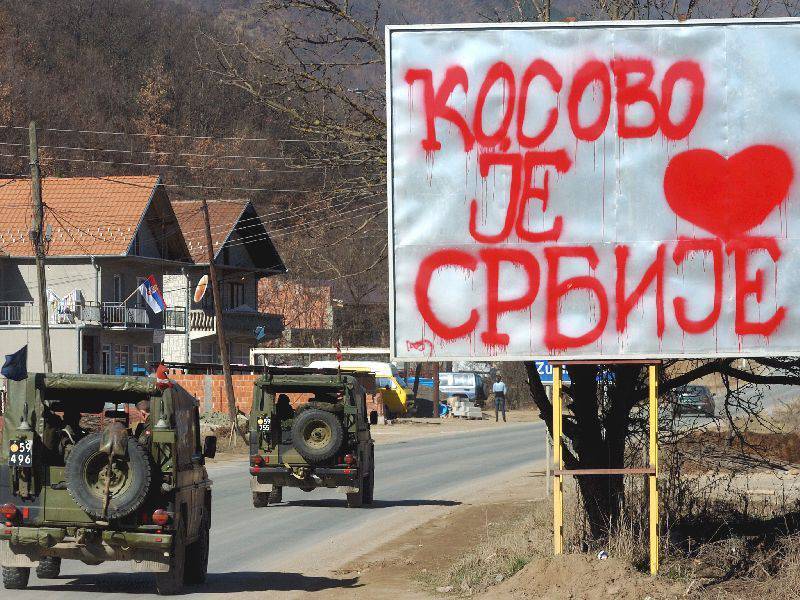 There is no doubt that such debates would never have happened if the General Assembly had not been (since September last year) known in international circles as a fierce advocate of Serbia’s interests, humiliated by NATO bombings and a “bitten” Kosovo branch, its former foreign minister Affairs Vuk Jeremic. It was he who demanded that the UN leadership conduct such a discussion. The reason was the scandalous decision of the Appeals Board of the International Tribunal for the Former Yugoslavia (ICTY), which found innocent two Croatian generals, Ante Gotovina and Mladen Markac, accused of crimes against the Serbs during the military operation "Storm" in 1995 year. The Tribunal in The Hague condemned them for a serious time (24 of the year and 18 of years, respectively). However, two years later he released the murderers in peace.

The mere appearance on the agenda of this seemingly unremarkable and boring topic about the role of international courts in reconciliation processes has already caused a storm in a glass of Western democracy. On Vuk Yeremic, who on the eve of the meeting made it clear that there are certain forces trying to prevent this, a flurry of accusations and criticism fell. That is, the scandal began even before the start of the debate itself, attracting more and more unhealthy attention to the topic that is sensitive to the West.

High-ranking court officials joined the boycotting US diplomats company. At the official debate in the UN refused to come - unheard of case until now! - The President of the International Criminal Court Sang-Hyun Song, as well as The Hague Tribunal Theodore Meron and some other experts in this field lower rank. Much of the Western countries, trying to keep a good face on a bad game, sent to the meeting, figuratively speaking, twenty-fifth deputies of their official representatives to the UN.

However, despite tough opposition and even provocations during the meeting (a Croatian non-governmental organization somehow got into the room, which is not allowed by the regulations), the debate nevertheless took place. They were opened by the Secretary General Ban Ki-moon himself. But the crux of the program was a tough, frank, and in some places undiplomatic speech by Serbian President Tomislav Nikolic.

In his almost forty-minute speech, he criticized the work of the Hague Tribunal, saying, in particular, that "the court not only did not help in resolving the conflict, but on the contrary, aggravated the situation with the reconciliation of the countries of the former Yugoslavia." He noted that "the Tribunal caused one people a feeling of great injustice towards him, and another had a feeling of triumph", that "cases against the Serbs are motivated by punishment and revenge, and revenge, especially in modern law, can never be justified and fair."

“From the point of view of science and ethics,” the president said, “I can put the processes at the Hague Tribunal on par with the courts of the Inquisition, with the Paris and Moscow trials.” (Apparently, we are talking about the well-known French "Dreyfus case", convicted under pressure from the authorities as a German spy, and about political reprisals using manual ships and "triples" in Stalin's time.)

In the speech of the Serbian President sounded a lot of shocking information. For example, the terms of the Tribunal’s sentences against Serbs were about 1150 years, and "for representatives of other nations" (read Muslims), the total punishment "drew" only 55 years. Nikolic recalled that the Croatian army drove more than 300 000 Serbs from the places that their ancestors had inhabited for centuries. The Hague Tribunal could not find those who were to blame for this over the years of 20.

The president also recalled more than 2000 Serb victims in eastern Bosnia, near Srebrenica, where Naser Oric’s Bosnian forces operated. The Serbs "expect," said Nikolic, "that at least one of the guilty will be punished." I already wrote about this thug in my time at Rosbalt. His cruelties were surprised even by Western journalists. According to their testimonies, Oric was even praising his "merits." He was happy to show, for example, journalists of the Washington Post newspapers John Pomfrey and Toronto San to Bill Schiller pictures of their exploits in Serbian villages. “Oric,” Schiller wrote in his article, “is the most bloodthirsty killer. (...) He showed me these pictures himself when we were at his home in January 1994. I was horrified at the shocking video footage of what Oric called” the best hits of Naser Oric. "I saw a lot of corpses on them, burnt houses, severed heads, fleeing people. In the next row of shots were shown the dead bodies of people killed by the explosions." We sent them to the Moon, "Orich boasted. When shots appeared ghost town, marked by bullets, without any visible corpses, Naser Or ich hurried to announce that “we killed 114 Serbs there.” After giving Nasser two years, he was released right in the courtroom.

Tomislav Nikolic also reminded the world that in Kosovo and Metohija, criminal gangs abducted and "butchered" the Serbs, their bodies were sold on the black market of transplantology. (I also had to write about this more than once in Rosbalt.) "History does not know such crimes! And the Hague Tribunal, instead of investigating them, destroys evidence, - the president threw accusations. - Hundreds of thousands of expelled, thousands killed and abducted in Kosovo and Metohija for the Hague Tribunal were not sufficient reason to punish the commanders and participants of the so-called Liberation Army. Moreover, an unprecedented case: Haradinaj, against whom the case was opened, was allowed to engage in politics. And in fact, he was allowed to intimidate and eliminate witnesses. "

At the same time, the president described in detail how sincerely official Belgrade cooperated with the Tribunal. Over the years, 20 Serbia has issued 46 suspects. Among them are two ex-presidents, members of the government, three chiefs of the army general staff, generals, including the former chief of intelligence. This, according to Nikolic, is an unprecedented case for the world. He noted that Serbia "almost gave up its sovereignty", allowing more than 750 witnesses not to invoke state secrets during interrogations.

However, with rare exceptions, Nikolic said, the Serbs in the processes of the Hague Tribunal practically do not appear as victims. “Someone with enviable persistence is trying to falsely convince the world that the Serbian side brutally murdered and created genocide, while the other sat with folded hands, doing everyday things and humanitarian work,” said the Hague judges Nikolic.

The Serbian President also cited one of the unprecedented violations of human rights in world history - the story of the Serbian radical party leader Vojislav Seselj, who has been languishing in the Hague prison without trial for the eleventh year. In his opinion, the case has not yet been brought to court, because the prosecution has no evidence of his guilt. He appealed to the Tribunal and the United Nations with a request to allow the convicted Serbs to serve their sentences in their own country - under international supervision.

Drawing attention to the fact that the representatives of the Tribunal refused to come to the UN for debate, Nikolic said: "If they do not respect the old legal rule" Audiatur et altera pars "(" Let the other side be listened as well "), then how can you expect at least a minimum right and right? "

The speech of the Serbian President at the debates of the General Assembly was, in fact, a conviction for the judges of the Hague Tribunal. And the UN tribune is a guarantee that the Serbs will finally be heard by the whole world. (Except, of course, the cynical "political animals" and their vassals justifying the barbaric destruction of NATO cities of an independent state in the center of Europe at the end of the 20 century with cluster bombs with a deadly stuffing. Among these, remember, was the famous Czech dissident, the "conscience of the nation" Vaclav Havel, who called this NATO criminal act "humanitarian bombardment.")

The “verdict” to the Hague Tribunal for the Former Yugoslavia in the name of Serbian President Tomislav Nikolic was unequivocal: “The Hague Tribunal is a court without truth and justice (...), it did not cope with the main stated goal - reconciliation in the region, and, therefore, it cannot be future international justice, but only a terrible past. It has now become clear, and this was shown by the court’s creation mechanism and its work, that the only benefit from it is that it’s impossible to work like this anymore. ”

Serbian Foreign Minister Ivan Mrkich, commenting on the speech of President Tomislav Nikolic, told journalists: "The President expressed what the vast majority of our citizens think. Everything he said is based on iron argumentation."

An interesting detail. The scandalous meeting at the UN on international tribunals with the "rebel" Serbian president was held on April 10 this year. And just the next day, the delegation of the Republic of Serbia received an observer status with the Parliamentary Assembly of the Collective Security Treaty Organization (CSTO). Does Serbia really rely on Russia, or does it only scare the West again?

Ctrl Enter
Noticed oshЫbku Highlight text and press. Ctrl + Enter
We are
Oleg Valetsky about the wars in the Balkans, their causes and Russian volunteersThey are judged so as not to be tried. To the arrest of General Mladic
Military Reviewin Yandex News
Military Reviewin Google News
202 comments
Information
Dear reader, to leave comments on the publication, you must to register.