Commander of the Armed Forces: Ecuador has completely lost its ground defense element 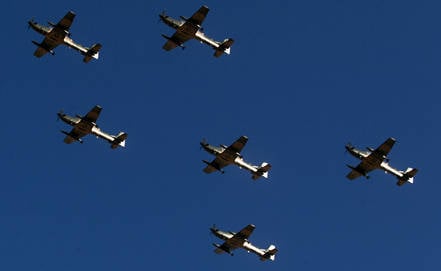 Ecuador completely lost its ground-based air defense element due to the failure of all Chinese-made radars. This was announced on Wednesday by the head of the Joint Command of the Armed Forces Leonardo Barreiro.


"Since we do not have radar now, we replace them with other means that allow us to exercise control over the sky," he said. Barreiro stressed that the Ecuadorian air force is currently using Brazilian Super Tucano / Super Tucano aircraft to patrol and curb attempts to tamper with the country's airspace. The commander added that at the moment there is not a single operating radar in the armed forces.

Four air defense radars were acquired in 2009 for $ 60 million from a Chinese manufacturer of military products, China Electronics / Technology Group Corporation, CETC /, to protect against air attack. Similar equipment was needed in the South American country after a year earlier the Colombian air force had attacked Ecuadorian territory, attacking the rebel camps of the Revolutionary Armed Forces of Colombia.