Protect the territorial integrity of Russia 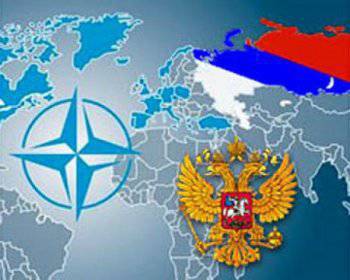 Protection of the territorial integrity of states is one of the urgent problems of our time. In the newest stories there are many cases of disintegration of states into components, attempts to separate part of their territory from states. The collapse of the USSR, the division of the former Yugoslavia into many states, the difficult situation in Moldova and Azerbaijan, the separation of South Ossetia and Abkhazia from Georgia and other modern territorial problems indicate the ongoing process of change in the world affecting the basic principle of international law - the principle of territorial integrity of states.


The Russian Federation is no exception, where the ethnic conflict potential (the North Caucasus) continues to be high and to the territory of which Americans from overseas gaze with appetite.

From the point of view of internal problems, the threat to the territorial integrity of Russia is, first of all, national-ethnic conflicts in the North Caucasus, the gangster underground of radical Islam, which organized the terrorist war in the region and nurtured the idea of ​​secession of the North Caucasus republics from the Russian Federation and the creation of an Islamic Sharia state.

A particular danger, which is clearly underestimated in our society, is the development of migration processes, under the influence of which immigrants from the southern borders of the state with a low level of education and a foreign culture rushed uncontrollably into the country. As a result, the processes of degradation of the nation, ethnic and religious strife are growing in Russia.

The indigenous population in the Far East and Eastern Siberia is declining at a catastrophic pace, and against this background the number of immigrants from China is growing rapidly. According to unofficial data, about 20 of millions of Chinese are already on the territory of Russia, are engaged in agriculture and business here. For the time being, the penetration of the Chinese into Russia for some reason is not perceived as a serious threat to its territorial integrity, and we look at it through our fingers.

A deep analysis of external dangers and threats also requires a new look at the territorial problems of the Russian state - NATO's eastward expansion, including the creation and deployment of new military infrastructure, and the plans of the alliance (with American authorship) to create a missile defense system in Europe, about which Vladimir Putin also writes in an article in Moscow the news"Russia and the Changing World." This is, first of all, about political pressure, which in recent years has been increasingly used by the United States and its allies as a tool for the implementation of their political and economic aspirations and carries a powerful potential for destroying the unity of the nations of the Russian Federation, dangerous territorial dismemberment of the country.

- the dismemberment of Russia into small states through inter-regional wars, such as those that were organized by us in Yugoslavia;

- The final collapse of the military-industrial complex of Russia and the army;

- the establishment of regimes in the republics that have broken away from Russia, which are necessary for us.

Yes, we allowed Russia to be a power, but the empire will be only one country - the United States. "

This cynical, but, unfortunately, speech reflecting the real state of affairs reflects the true face of our "partners."

In 1997, former Assistant to the President of the United States for National Security Zbigniew Brzezinski proposed to divide the Russian Federation into three parts: European Russia, the Siberian Republic and the Far Eastern Republic. “Decentralized Russia,” said an overseas political analyst. “This is a real and desirable opportunity.” He also owns this dictum: "I would prefer chaos and civil war in Russia."

"Appetites" on Russian territory were also heard from the mouths of US secretaries of recent years. Madeleine Albright: "It is unfair that Russia owns such a huge territory." Condoleezza Rice: "Russia has too much land. Siberia should belong to the United States of America." Quite definitely spoke out before resigning and Hillary Clinton on this topic, saying that, they say, the United States will not allow the integration of the former Soviet republics in the post-Soviet space under the auspices of the Russian Federation. Hillary Clinton threatened Vladimir Putin so that he "would not go beyond the red line", behind which stands the "new Russian Empire."

The Alliance, led by the United States, remains the main force capable of satisfying these “appetites” and even today has no close analogues as a military organization that has already repeatedly demonstrated its “Atlantic power” (Yugoslavia, Afghanistan, Iraq, Libya) . And one can hardly agree, in this context, with the statement of Alexander Khramchikhin, Deputy Director of the Institute for Political and Military Analysis (“Military Industrial Courier” No. XXUMX 8) that the threat of NATO to Russia is greatly exaggerated, only in the imagination of the Kremlin’s full-time propagandists and the townsfolk deceived by them. "

Today, NATO countries surpass Russia five times in population, three times in armed forces and more than 30 times in military spending. Some European countries - members of NATO (excluding the United States) currently have 1,4 million military personnel. The Alliance has a nuclear weapons and means of delivery, as well as more than 23 thousand tanks (excluding other armored vehicles), over 10 thousand combat aircraft, about 650 warships (including aircraft carriers, nuclear submarines).

One cannot agree with the statement of Mr. Khramchikhin and that “the bloc does not conduct any exercises, which in terms of scale and scenario could be interpreted as preparation for aggression against our country”. For example, in April, the command and staff exercise Baltic Host-2011 was held under the leadership of the European command of the US armed forces and the NATO strike force in April. The exercise was positioned as a virtual event for receiving and deploying the many thousands of NATO forces in the Baltic countries. As a legend of the teachings, the invented situation in a fictitious state was declared, but what kind of state it is can easily be guessed. The virtual joke of participation in the Baltic Host-2011 exercise of the NATO strike force in the Baltic countries convincingly confirms the presence in the headquarters of the military planning alliance against Russia is far from defensive in nature.

Under the pretext of a peacekeeping operation in the Baltic Sea, at the NATO exercise Baltops-2012, the military leadership of the United States and NATO actually worked out the elements of a theater operation with an amphibious assault landing on the Lithuanian coast. Under the specious pretext of clearing the territorial waters of the Baltic countries from explosive objects left over from the First and Second World Wars, the annual international mine-sweeping exercises of the naval forces of the European countries participating in the NATO Partnership for Peace program are in the process of preparing ports of the Baltic countries to receive forces gain NATO.

In this context, great importance is attached to the planned for 2013 year NATO NATO exercise Stedfast Jazz-2013, which will be held simultaneously in Lithuania, Latvia, Estonia and Poland. The planning team of these exercises is already working in the Joint Headquarters of the Lithuanian Armed Forces in Vilnius. In addition to representatives of the Baltic countries, representatives of the General Staff of the Joint NATO Forces in Europe, the Joint Base of the NATO Forces also participate in the work of the group. A special feature of the Stedfast Jazz-2013 exercises planned for 2013 year is that they will be combined with the Baltic Host-2013 NATO exercises in terms of enhancing the process of receiving the alliance forces in the Baltic countries in a threatened period.

These and other similar NATO exercises potentially reduce the security of Russia on its western borders, and they should be interpreted, contrary to the opinion of representatives of the Institute of Political and Military Analysis, only as "preparing for aggression against our country."

All the above indicates that the problem of protecting the territorial integrity of the Russian Federation is relevant today and again relevant, and once again confirms the assessment of the situation given by Vladimir Putin: "... We see what is happening in the world. As the saying goes, comrade wolf knows who to eat He eats - and does not listen to anyone. And apparently, he does not intend to listen. "

Ctrl Enter
Noticed a mistake Highlight text and press. Ctrl + Enter
We are
Nikolay Silaev, Andrei Sushentsov: Georgia after the elections and prospects for Russian-Georgian relationsReligious conflict in Abkhazia? It is possible
62 comments
Information
Dear reader, to leave comments on the publication, you must to register.