Where do Moldovan political elites lead the country? 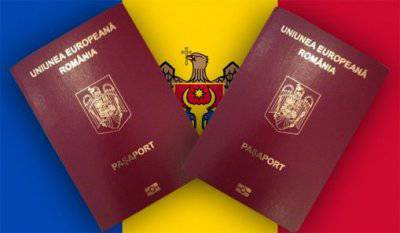 Apparently, the political crisis in Moldova is gaining momentum. The absence of a government, the place of which is still occupied by a group of officials with the status of "acting", leads to the fact that the country is thrown from fire and into the fire, at least, if the conversation is about the so-called political elites. Contradictions are observed literally in each of those issues that the Moldovan authorities are trying to solve. Consider these contradictions in more detail.


Literally the other day, Moldovan parliamentarians ratified an agreement with the European Union, which regulates the options for the participation of Moldovan military personnel in joint operations with EU military personnel under the notoriously named “European Union Crisis Management Operations”. Not only does the name itself shed light on who on our planet, it turns out, is ready to take crisis levers in its hands, so also the participation of Moldovan soldiers and officers in such actions looks more than doubtful. Why? Yes, if only because the Moldovan authorities prefer to talk about their state as an adherent of permanent neutrality.

Fuel to the fire adds information that in the near future a few dozen Moldovan soldiers will be in riots and in fact incessant civil war African states - Mali and Somalia. While the situation has relatively stabilized in Mali lately (with the active participation of the French military contingent), there is complete chaos in Somalia. Frankly speaking, today it is even difficult to call Somalia a state, because in fact it is a certain conglomerate of communities that is in the stage of permanent war. What function Moldovans will perform here cannot be said for sure even in the Moldovan Ministry of Defense. Moreover, they cannot explain there how the statements about the Moldovan neutrality are combined with participation in military operations in the African continent, and also as part of the joint EU contingent.
The signing of the document on “crisis management” caused an ambiguous reaction even among the ruling elites. Some deputies expressed the opinion that Chisinau could not curb its own crises, and therefore attempts to manage the crises of a foreign spill would not lead to anything good either.

However, this is not the end of the Moldovan power differences. The second stumbling block was the decision to open border-migration posts between Moldova and Transdnistrian Moldavian Republic. At first, the official Chisinau said that there would be no new posts at the border, and that the presence of these checkpoints would not affect the residents of Transnistria. They say that the emphasis is on using the already existing migration control points in order to establish the movement of foreign citizens between Moldova and Transdniestria. But then the situation began to show itself somewhat strange. The Moldovan side, stating that the registration procedure will be voluntary at all, continued, let's say, to breathe unevenly to Transnistrians who have a passport of a citizen of the Russian Federation or Ukraine. And if we consider that in the Transnistrian Moldavian Republic citizens of Russia are about 180 thousand people and another about 100 thousand citizens of Ukraine (in total more than half of the population of the republic), then immediately it becomes clear who the initiative with “voluntary” registration with the PMP is against ( border and migration posts) sent.

But why did official Chisinau suddenly need to keep records of Russian and Ukrainian Transdniestrian citizens moving between Transnistria and Moldova? Light on this question shed representatives of the liberal political elites. For some time, the Moldovan liberals have once again tightened the old bagpipe about the spies of Moscow and Kiev, who literally occupied Moldova and promote an "anti-democratic" policy. The lobbying oligarchic circles, and even the Kremlin’s agent, suspicious liberals in Chisinau announced Anna Guцуa, who is in favor of giving the Romanian language in Moldova the status of a state. Well, if Gutu has somehow become for liberals, to which she herself, by the way, refers, to the personification of Moscow’s influence, then what about ordinary citizens of Moldova and Transdniestria, and even with Russian or Ukrainian passports. This is where paranoia awakens, according to which all people with foreign passports living in the Transdniestrian territory and wanting to come, for example, to Chisinau or Falesti for one reason or another, urgently need to be taken as a hypothetical spy for Vladimir Putin or Viktor Yanukovich for a pencil ...

Against this background, a split is found in the camp of the Moldovan liberal elites themselves. Literally the other day, in the course of the attempt to consolidate, undertaken by members of the Liberal Party of Moldova, and the beginning of more active political actions, there was absolutely no consolidation in the camp of the liberals, but a real fight. Mihai Ghimpu, who at one time served as head of Moldova, literally attacked Vitaly Marinuta, currently acting minister of war of the republic. Ghimpu, co-leader of the party, decided that during the meeting Marinuta was making some notes for Vlad Filat, and therefore he tried to wrest from the acting president. the minister of defense of his paper. It came to an open brawl, which those present took video, and she (the brawl) became public.

After that, even supporters of the Liberal Party declared that it was not a parliamentary force, but a gathering of mentally ill people, each of whom claims to be the most violent. Best of all, this is still possible for the ardent supporter of the entry of Moldova into Romania, Mihai Ghimpu ...

After the scuffle, the assembly of Moldovan liberals for obvious reasons had to be completed in fire order. However, its work, let's say, in a separate version of the outraged Moldovan liberals continued. This continuation was the collection of signatures in support of plans for the accession of Moldova to Romania. Note: not even the unification of the two countries, namely, the entry of Moldova into another state.

The collection of signatures with the active support of liberal elites was conducted by the Romanian organization "Aktsiunya-2012". Despite the fact that supporters of the loss of Moldovan statehood while simultaneously joining the Romanian state in Moldova are no more than 7%, the organizers of the action declare its success, and call on the Romanian parliament to amend the constitution, according to which the country can expand at the expense of Moldova.

All these news They say that the Moldovan political elites, not being able to reach internal consensus, are looking for happiness on the side. But if participation in military operations in Africa and the loss of sovereignty due to absorption by another state is happiness, then the Moldovan “kingdom” is definitely not okay ...

Ctrl Enter
Noticed oshЫbku Highlight text and press. Ctrl + Enter
We are
Moldova: to the European Union though through the chimney ...New US Democratic Approach in Moldova: Unite and Conquer
Military Reviewin Yandex News
Military Reviewin Google News
41 comment
Information
Dear reader, to leave comments on the publication, you must to register.