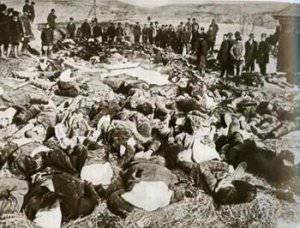 17 on April 1912 of the year in the Lena mines by government forces shot a demonstration of workers protesting against harsh living conditions.


The strike of the workers of the Andreyevsky mine of the Lena gold-mining association - "Lenzoloto" began on February 29 of the year 1912. Created in 1855, “Lenzoloto” to 1911 concentrated in its hands over a third of all Siberian gold mining, united the 423 mine and was the monopoly owner of gold deposits in the Lena, Olekma, Vitim, Bodaibo and other river basins.

Low salary of miners, working hours 11 – 11,5 hours (including overtime hours up to 15 hours), constant payments and fines, selling low-grade goods at inflated prices through gold shops, prohibiting the risk of dismissal to buy products outside the Lenzolot trading network increased profits many times shareholders, reaching more than 7 million rubles annually. Departure from the mines after the expiration of the employment was virtually impossible. 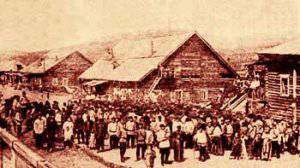 Family members of workers at the first request of the administration were required for a meager fee to go to the ancillary work. In 2 barracks, 103 hostels, of which only 15 belonged to the equipped, family lived near the idle. Mass injuries and lawless dismissals of crippled people were aggravated by the rudeness of the administration. The ripening conflict has finally aggravated the delivery of worthless horse meat to a worker at the Andreyevsky mine, Bykov. 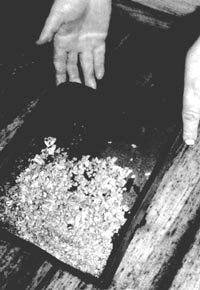 The demands of the outraged workers were rejected by the administration, and it was decided to dismiss the protesters. In response, the miners of the Andreevsky mine left work. In March, the workers of the Rocky, Vasilyevsky, Aleksandrovsky, Varvarinsky, Proroko-Ilyinsky, Nadezhdinsky, Ivanovsky, Theodosievsky and other mines went on strike in solidarity with them. By 5 March, about 6 of thousands of miners from most of the “near-taiga” mines were on strike.

By agreement with the administration, representatives of workers were selected to negotiate with the authorities and hold a general meeting, at which the central strike committee was elected, and later the Central Strike Office (CBS) was formed from it, which developed the “Our Requirements” document, approved at an elective meeting. 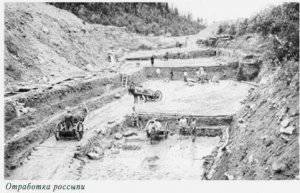 The management of Lenzoloto refused to meet these demands, promising not to dismiss anyone if the strike was interrupted. But the strike continued, having become organized. These events were reported to the Cabinet of Ministers, the State Duma, the Mining Department and the most famous newspapers.

The strikers appealed to the Exchange Committee for assistance, as a result of which the administration of Lenzoloto agreed on some concessions on 7 in March, with the condition that miners immediately go to work, but the strike again continued.

Then a military team arrived at the mine Nadezhdinsky, an investigator for particularly important cases, a friend of the prosecutor of the Irkutsk District Court, an official of the Lensky Mining District. The prosecutor accused the electorate of incitement and agitation for the strike and demanded individual complaints about dissatisfaction with the reasons for refusing to work. The miners denied the authorities' instigation of a strike, pointed to a reduction in family rations to a hungry minimum. However, the electives were outlawed, several people were imprisoned in the Bodaybinsky prison.

On the morning of April 4, in the old style, more than three thousand workers moved to the Nadezhda mine, in order to file "conscious notes" to the prosecutor, to secure the release of the arrested and take the calculation. But not far from the mine, detachment of the captain Treshchenkov, 270 demonstrators were killed, and 250 were injured. 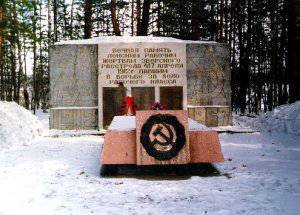 At the request of the Lena workers, the Social Democratic faction of the State Duma demanded an investigation into the tragedy in Yakutia. The Duma group of Octobrists spoke out in bringing the perpetrators of the massacre to justice. In the largest cities of Russia, Ukraine, the Baltic states, Siberia and others, strikes and protest rallies against the tyranny of industrialists and the police took place. The Minister of the Interior tried to take the punitive under protection, but Nicholas II ordered to investigate the causes and circumstances of the incident.

4 June in the mines left the commission of the State Council members, which established the facts of the flagrant lack of rights of workers. A new contract of employment was drawn up, direct perpetrators of the tragedy were removed from office, and activist workers were released from custody. Without exception, the strikers were reinstated at work, the coupon system for issuing products was canceled, an increase in salary was promised. The management of "Lenzoloto" imposed an obligation to strictly abide by the norms of the law and the Mining Regulations. 7 June, mines resumed gold mining. However, fundamental changes in the position of workers did not happen. Soon began their massive outflow from the mines.

In addition, the following events occurred on this day: 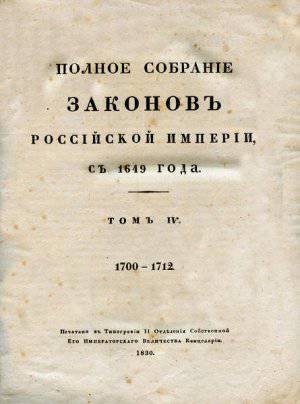 In 1830, work was completed on the release of the first Complete Collection of Laws of the Russian Empire. Among the priorities of the reign of Nicholas I was the need for the codification of laws. The emperor saw the main goal of codification in ordering, without introducing any “innovations”, to streamline Russian legislation and thereby provide a clearer and stronger legal and legal basis for Russian absolutism. 31 January 1826 was established as part of the Own Imperial Majesty's Office of the 2-e branch "for the fulfillment of the code of state laws", called "codification". It was headed by a professor at St. Petersburg University, Mikhail Balugyansky, but the actual leadership of all the work and the presentation of weekly reports on its progress to the emperor was entrusted to the well-known statesman Mikhail Speransky. Over three thousand voluminous handwritten and printed folios containing decrees, manifestos, rescripts, regulations, statutes, resolutions were reviewed. All acts were checked against the originals, then in a strictly chronological order were arranged according to volumes. At the 2 department, an own printing house was created, in which volumes of the Complete Collection of Laws of the Russian Empire were printed. The printing began on May 1 of the year 1828 and was completed by April 17 of the year 1830. Mikhail Speransky and his staff reworked this edition and extracted from it all decrees that did not lose legal force at that time: as a result, the “Code of Laws of the Russian Empire” appeared in 1832, consisting of 15 voluminous volumes containing over 40 thousands of articles. 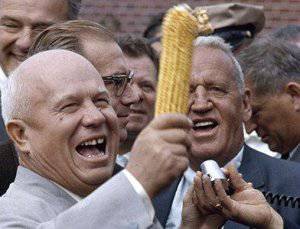 Nikita Sergeevich Khrushchev (1894-1894), a state and party leader of the Soviet era, was born in 1971. He was born in the village of Kalinovka (now - Khomutovsky district) of the Kursk province. Early began working life, with 12 years already worked in factories and mines of Donbass. Since 1918, he is a member of the Bolshevik Party. In 1938, he became First Secretary of the Central Committee of the Communist Party (Bolsheviks) of Ukraine, and a year later - a member of the Politburo of the Central Committee of the CPSU (b). During the Great Patriotic War, Khrushchev was a member of the military councils of many fronts, ended the war as a lieutenant general. After the death of Joseph Stalin in September 1953, he was elected First Secretary of the Central Committee of the CPSU, and from 1958 - Chairman of the Council of Ministers of the USSR. Khrushchev is one of the initiators of the “thaw” in domestic and foreign policy, the rehabilitation of victims of repression; made a disclosure of the personality cult of I.Stalin, attempted to modernize the party-state system, while at the same time his activities were contradictory and inconsistent. In 1964, the October Plenum of the Central Committee of the CPSU freed Khrushchev from party and state posts with the wording "for health reasons." He was a personal pensioner of union value. N.S. died Khrushchev 11 September 1971, was buried in the Novodevichy Cemetery. The monument to Nikita Khrushchev was executed by the famous sculptor Ernst Unknown, who was once subjected to fierce attacks from the General Secretary. The monument symbolizes the unity of the light and dark beginnings in the human soul.

In 1968, for the first time, a well-known television program was broadcast on zoology and wildlife research - "In the animal world."

Its founder and first presenter was the people's artist of the USSR and the VGIK professor, documentary director Alexander Zguridi. From 1977 to the present, Nikolai Drozdov began to lead her. In 1974, the program was illustrated with a screensaver with a flying monkey, running ostriches accompanied by the music of Ariel Ramírez “Alouette (Lark)” performed by the Paul Mauriad Orchestra. The screensaver existed until 2010. Initially, the program was broadcast on Sundays on the First Channel of Soviet (later - Russian) television, but in 2006, the program was broadcast on Domashniy TV channel. After more than half a year, 21 August 2010, the program resumed broadcasting on the Russia-2 channel.

Ctrl Enter
Noticed oshЫbku Highlight text and press. Ctrl + Enter
We are
Russo-Japanese War 1904-1905's. State of the Russian fleet. Bad luck and missed opportunitiesShooting on the Lena River - a "black" page in the history of pre-revolutionary Russia
Military Reviewin Yandex News
Military Reviewin Google News
18 comments
Information
Dear reader, to leave comments on the publication, you must to register.