America is not wrong ?! 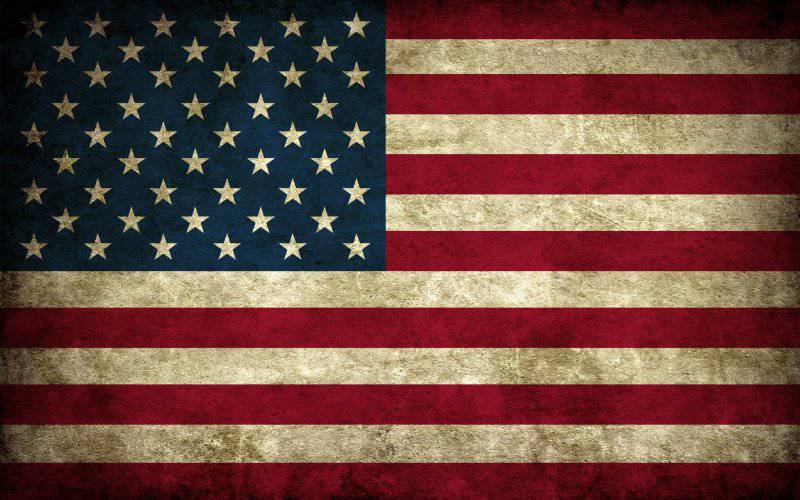 I would not again turn to this topic if it were not for one "but." In a number of media respected by me, experts once again told the bike about the erroneousness of American foreign policy with respect to Afghanistan, Iraq, Libya ... I think that Washington did not make any mistakes, what experts call mistakes, is malicious intent, a pre-planned special operation .


Somehow, recently, Americans have begun to make mistakes. They will support the wrong dictator, they will bomb the wrong country. Then they disentangle the porridge that they themselves have brewed in Afghanistan, Iraq, Libya ... For the time being, I will keep silent about Syria. There have not yet appeared knight-crusaders in cork helmets, the Americans have not yet made a mistake, but they are trying very hard to stake out for themselves another territory for mistakes. Let's talk about Afghanistan. So, the pretext for the occupation of Afghanistan by the Americans was the so-called September 11 terrorist attack on September 2001. Can we continue to believe today that there was an Afghan trail in the attack on the twin towers? Not. Can we believe that even then the Americans did not know that Afghanistan in no way relates to a terrorist act? Not. Then why should we say that the Americans were mistaken in something or did not calculate something by invading Afghanistan? Why, then, did America start a war in this impoverished Asian country? There are only two options, both complement each other, if our previous conclusions are correct: first, the Americans needed occupation and war in Afghanistan to control the region and further destabilize the situation throughout Central Asia. Secondly, it is beneficial for them to have a huge "banana republic" engaged in the production of drugs, because all this infection is doomed to eventually penetrate into Russia.

It was possible to calculate the outcome of the so-called Operation Enduring Freedom in Afghanistan 12 years ago, as well as the fact that eventually the Americans will get out of there, and Islamic radicals will come to power, expelling all American puppets from the country. In the future, supporters of Western democracy will only have to shrug their shoulders and lament that the Afghan people have not matured to freedom and democracy, and interprets all European values ​​in their own way. But in order to reach such conclusions it is not necessary to have seven spans in your forehead, you should not get into Afghanistan, since the Afghans are at a completely different level of development. I do not write that they are worse than us, I write that they are different, and it was clear before the American invasion. Afghans do not need Western-style democracy, they do not need pornographic channels and girls walking around Kabul in mini-skirts. Afghans for such a democracy have a reflex desire to grab a stone and beat them to a “carrier of democratic values” to death. It is not democratic, but it corresponds to traditional Afghan values. Poorly? It’s not for us to judge this, and especially not for the Americans.

By the way, in Europe, similar values ​​prevailed in the Middle Ages. The ancestors of tolerant Europeans quite sincerely believed that burning beautiful women at the stake was very useful for humanity. The inquisitors were convinced that by depriving a person of life, they would not be mistaken in any case, because they save his sinless soul. Well, the witches and sorceresses were not sorry. Do they have no souls? Let them burn on the fire of the Inquisition. Do not you think that in relation to the countries of the third world, the latter-day inquisitors behave in this way? The soul of the inhabitants of Africa and Asia either? Or is there? How many human lives are ruined as a result of the aggression of the West against Afghanistan, Iraq? How many people died as a result, if not initiated, then unequivocally supported by the Western democracies of the "revolution" in Libya, Egypt, Syria? Why doesn't the free press sound the alarm of hundreds of thousands of "democratization victims"? Oh yes, a tragic mistake ...

Darwin's theory that in the process of evolution a monkey turned into a man, in the twentieth century, played a cruel joke on humanity. Arrogantly disgraceful materialists decided that they were able to accelerate the evolutionary process and lift a person from one level of development to another, supposedly higher. Remember, how futile were the attempts of the Soviet Union to impose socialism on the peoples, who were essentially on the feudal level of development? While the Soviet government controlled these territories, supported the local "feudal lords", there was an active imitation of building socialism, but as soon as the Soviet missionaries left the world arena, the people immediately began to return to their primitive state. They feel better in feudalism. They need two wives, and better - three, they need their gods, not Karl Marx and Vladimir Lenin. Do not blame them in this. Once again, they are different, and there is nothing offensive about it. Let their women walk in the veil, may their men graze rams, until the fire of civilization pushes them into something else in the most natural way.

With the idea of ​​building democracy around the world, things are even worse. The West was not going to pull out the supposedly higher level of development of the inhabitants of Africa or Asia, especially the scientific and economic development and the material standard of living. Behind the facade of democracy lies neocolonialism. It’s time to learn to distinguish between politically correct verbiage from true intentions, which boil down to one simple thing: the West is eager to extract the maximum financial and economic profit in all possible ways from the third world countries. That is, the primary desire is to conquer and use the territory, and everything else is a verbal husk.

By the way, to the countries of the "third world" in need of colonization, we also belong. All история confrontation between Europeans and Russians means that they do not consider us to be equal to themselves and will not be counted. Our only consolation is that the West is afraid of us. For them, we are not just an object of colonization, but a serious adversary, with whom we must reckon as long as we are alive.

So, as Western missionaries with M16 rifles leave agitated Afghanistan, Islamic radicals will take their places. Over the long years of armed confrontation with the Soviet Communists and the Western democrats, these bearded men have forgotten how to work in the field, but have very well learned how to shoot civilizers bearing alien values. I admit that, having come to power, the renewed Taliban will lead a decisive struggle against drug producers, but this is the only plus from its arrival. Drug production, according to the media, is a profitable business for Afghans. What will the peasants do after the Taliban cover this business? With great probability they will merge into a no less profitable business, besides in their opinion a noble one - by fighting infidels. Far to America, to Europe is not close, but Russia is almost at hand. It is enough to remove the barriers from the secular regimes of the former republics of Central Asia ... A completely realistic scenario for which there are all the prerequisites. Well, the fact is that America, through its Arabian "partners", will support the war against Russia and supply weapon "dushman", no longer have to doubt.

Now once again I want to repeat the question: are the Americans who got involved in the Afghan adventure so stupid? Allow yourself to say "well, they are stupid" can imagine humorist Mikhail Zadornov. But he is a humorist. The Americans have learned very well how to calculate their moves for many years to come. There is no conspiracy, there is an elementary cold calculation. Just talking about conspiracy and world conspiracy is very convenient to chatter the problem and make it serious - ridiculous, because it is difficult to believe in the ability to control the world with a handful of "wise men". The “wise men” do not control the world, as the driver drives the car, they create conditions when the course of events that is unfavorable for them cannot exist in principle. Americans are able to build pieces on the world chessboard in such a way that any development of the situation will work for the benefit of the United States. In the end, all this provides America with global domination throughout the world. They know how to pit their geopolitical rivals with each other, possessing financial, economic, informational tools. To withstand the onslaught of Americans and confront them, it is important not only to know the technology of managing the world, but also not to be afraid to copy and apply them.

Do not be afraid that in defending our interests, we will lose ourselves and become cynical Americans. It will not work, conscience will not allow, our people will not allow, which differs from our Western rivals by the presence of conscience. For Russians, misconduct is unacceptable. It is condemned in society and, ultimately, doomed to failure.