Russian soldiers through the eyes of the Germans 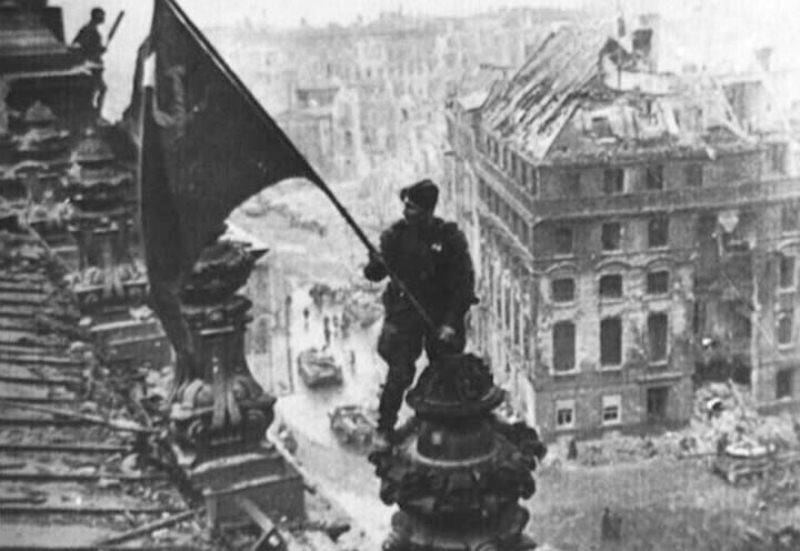 It’s not enough to kill a Russian soldier, he must also be thrown down!

Glory to Russian weapons knows no bounds. The Russian soldier suffered what the soldiers of the armies of other countries never tolerated and would not suffer. This is evidenced by the entries in the memoirs of soldiers and officers of the Wehrmacht, in which they admired the actions of the Red Army:

“Close communication with nature allows Russians to move freely in the fog at night, through forests and swamps. They are not afraid of the dark, endless forests and cold. They are not in the wonder of winter, when the temperature drops to minus 45. A Siberian, who can be partially considered as an Asian, is even tougher, even stronger ... We already experienced this during the First World War, when we had to deal with the Siberian army corps. ”

"For a European accustomed to small territories, the distances in the East seem endless ... The horror is aggravated by the melancholic, monotonous character of the Russian landscape, which acts depressingly, especially in the dark autumn and tediously long winter. The psychological influence of this country on the average German soldier was very strong. He felt insignificant, lost in these vast expanses "

“The Russian soldier prefers hand-to-hand combat. His ability, without flinching, to endure hardships causes true surprise. Such is the Russian soldier, whom we have learned and for whom imbued respect a quarter of a century ago. ”

“It was very difficult for us to get a clear idea of ​​equipping the Red Army ... Hitler refused to believe that Soviet industrial production could be equal to German. We had little information regarding Russians tanks. We had no idea how many tanks per month Russian industry is capable of producing.

It was difficult to even get the cards, as the Russians kept them under a big secret. The maps we had were often incorrect and misleading.

We also didn’t have exact data about the combat power of the Russian army. Those of us who fought in Russia during the First World War thought that it was great, and those who did not know the new enemy were inclined to underestimate it. ”

“The behavior of the Russian troops, even in the first battles, was in striking contrast with the behavior of the Poles and the Western allies during the defeat. Even surrounded by Russians continued stubborn fighting. Where there were no roads, the Russians in most cases remained inaccessible. They have always tried to break through to the east ... Our Russian entourage has rarely been successful. ”

“From Field Marshal von Bock to the soldier, everyone hoped that we would soon march through the streets of the Russian capital. Hitler even created a special demining team, which was to destroy the Kremlin.

When we came close to Moscow, the mood of our commanders and troops suddenly changed dramatically. With surprise and disappointment, we discovered in October and early November that the defeated Russians did not cease to exist as a military force. In recent weeks, the resistance of the enemy has intensified, and the tension of battles has increased with each passing day ... ”

Chief of Staff of the Wehrmacht 4 Army, General Gunter Blumentrit

“Russians don't give up. The explosion, another one, everything is quiet for a minute, and then they open fire again ... ”
“We watched the Russians with amazement. It seems that they didn’t care that their main forces were crushed ... ”
“Loaves of bread had to be chopped up with an ax. A few lucky ones managed to acquire Russian uniforms ... "
“My God, what did these Russians intend to do with us? We'll all die here! .. ”

From the memories of German soldiers 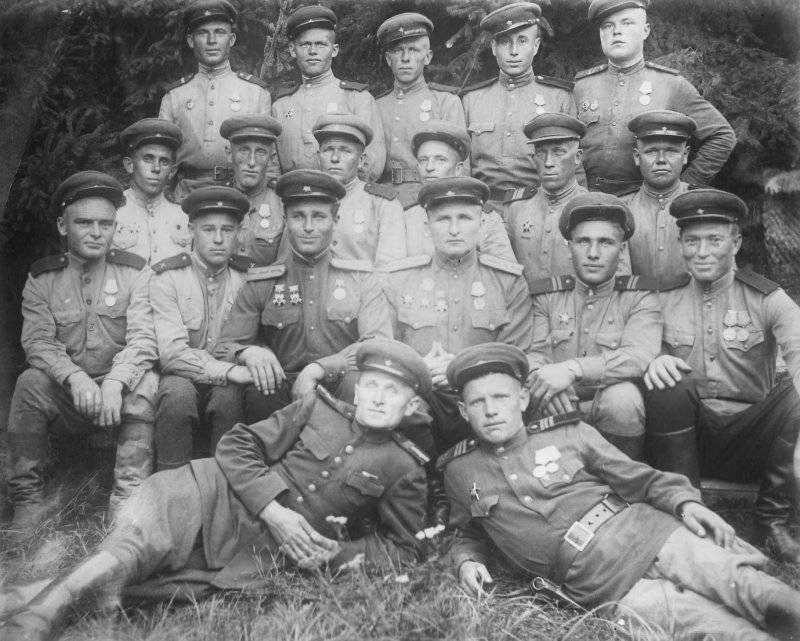 “From the very beginning, the Russians showed themselves to be first-class warriors, and our success in the first months of the war was simply explained by better preparation. Having gained combat experience, they became first-class soldiers. They fought with exceptional stubbornness, had amazing endurance ... "

“It often happened that the Soviet soldiers raised their hands to show that they were surrendering to us, and after our infantrymen approached them, they again resorted to arms; or the wounded man feigned death, and then fired at our soldiers from the rear. ”

“It should be noted the stubbornness of individual Russian units in battle. There have been cases when the garrisons of the pillboxes blew themselves up together with the pillboxes, not wanting to surrender. ” (Writing from 24 Jun.)
"Information from the front confirms that the Russians fight everywhere until the last person ... It is striking that when seizing artillery batteries it.p.v few surrender captivity." (29 Jun.)
“Fights with Russians are extremely persistent. Only a small number of prisoners have been captured. ” (July 4)

“About a hundred of our tanks, of which about a third were T-IV, took their initial positions for delivering a counterattack. From three sides we fired at the Russian iron monsters, but all was in vain ...

Layered on the front and in depth, the Russian giants were getting closer and closer. One of them approached our tank, hopelessly stuck in a swampy pond. Without any hesitation, the black monster rode around the tank and crushed it into the dirt with its tracks.

At this point, the 150-mm howitzer arrived. While the commander of the gunners warned about the approaching tanks of the enemy, the gun opened fire, but again, to no avail.

One of the Soviet tanks approached the howitzer on 100 meters. The gunners opened fire on him and got hit - it's like lightning struck. The tank stopped. “We knocked him out,” the gunners breathed a sigh of relief. Suddenly, someone from the calculation of the gun screamed heart-rending: “He went again!” Indeed, the tank came to life and began to approach the gun. Another minute, and the tank's shiny metal caterpillars smashed a howitzer into the ground like a toy. Having settled down with the weapon, the tank continued on its way as if nothing had happened. ”

The commander of the 41 th Wehrmacht Tank Corps, General Ringarth

Courage is courage inspired by spirituality. The stubbornness with which the Bolsheviks defended themselves in their pillboxes in Sevastopol is akin to a certain animal instinct, and it would be a profound mistake to consider it the result of Bolshevik beliefs or upbringing. Russians have always been like that and most likely they will always remain so. ”