The last knockout of Nikolai Stein 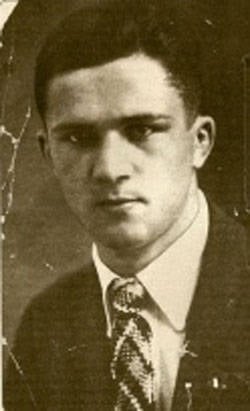 Poor king, left without empire and tea leaves! He wrote in his diary everything he did, saw and heard, without thinking about the consequences. His favorite activity was hunting ravens and stray cats in Tsarskoselsky Park. So for every killed crow and cat there was a place in the royal diary. So what? Napoleon is no match for our last king, and shot all the chickens on St. Helena. “I must kill someone!” He said.


However, I am not going to write about Tsar Nicholas. I intend to devote my essay to Vladimir Stein, who was so frivolously placed by the sovereign: his diary fell into the hands of the security officers. And not only about Vladimir Nikolaevich I am going to write. I would like to tell you about the whole Pleiade of Steins, who for two centuries faithfully served Russia and, I hope, will serve.

FROM THE KIND OF GERMAN BARONS

I lived in Germany for more than 15 years and I dare to say: there is no German who would not know who Baron Karl Freigerr von Stein is (1757 – 1831). This man in 1807 – 1808 served as Prime Minister of Prussia. Together with his successor Hardenberg, he implemented progressive reforms in this country, the main of which was the abolition of serfdom. Stein, a fierce antibonapartist, had to flee from Berlin after the defeat of Prussia by Napoleon. First, he settled in Vienna, and then in St. Petersburg. Being a man of charming and gifted by nature brilliant abilities, he quickly won the trust of the Russian emperor, became his friend and adviser. They say that it was Stein who persuaded Alexander I not to go to the world with Bonaparte and not to interfere with Kutuzov to lead military operations. But not only the advice was limited to Baron. He organized agent intelligence in the rear of the French troops, through agents, conducted decomposition work in the invading army, and when Napoleon was driven out of Russia, he set up supplying the Russian army with food and fodder for cavalry.

In those years, many honest Germans donned Russian military uniforms and fought against the "foe" under the Russian flags, showing courage and heroism. Among such Germans was, for example, an outstanding military historian and theorist of the art of war, a colonel, and subsequently General von Clausewitz, the author of the famous monograph “1812 Year”.

After the collapse of the Napoleonic Empire, Karl von Stein returned to Prussia, where he held high positions until the end of his days.

Some of the Baron’s descendants remained in Russia, accepted Orthodoxy and entered the service in the Russian army, although they retained a bit of “background” in front of their last name.

And here in front of me are the service records of Steins, obtained in the Central State Military Historical Archive of the USSR by the descendants of the famous baron, about whom Madame de Stael, the smartest woman of her time, wrote: "This is a man of the ancient stock who lives alone in the hope of seeing his Fatherland free."

All Steins were, if I may say so, exemplary officers of the Russian army. They did not ask for service, they did not refuse service. Not a single comment in all track records! Some rewards and rewards. Only a list of all Russian and foreign orders of Lieutenant General Konstantin Lvovich von Stein (1829 – 1888), a participant in the war for the liberation of Bulgaria from the Turkish yoke, takes up half a page of typewritten text. And his brother, Colonel Nikolai Lvovich von Stein (1839 – 1910), was welcomed by the authorities of that time. The son of Nikolai Lvovich, Vladimir Nikolaevich (the one who went to the tsar to Tobolsk), made a brilliant career. By the 35 years he had already been vice-governor in Kovno (the former name of the Lithuanian Kaunas), Voronezh and Mogilev. Yes, and family life has improved. On the eve of the First World War, he married a pretty girl, Ksenia Alexandrovna Malakhova. She was the granddaughter of General of Infantry (Army General) Nikolai Nikolaevich Malakhov - Commander of the Moscow Military District. Ksenia gave birth to Vladimir three sons - Boris, Nikolay and Sergey, which will be discussed below.

Let us remember that it was in Mogilev that the headquarters of the Supreme Commander of the Russian Army, whom the Tsar appointed himself, was located. Apparently, here, Vladimir Stein got into the circle of people especially close to the emperor, which entailed fatal consequences for him. Under the Soviet regime, Vladimir only briefly left prisons, camps and places of expulsion. In the end, he was still shot. This happened in 1938 during the Yezhovshchina period. It will take several decades, and the employee of the USSR Prosecutor General’s Office Viktor Ivanovich Ilyukhin (later a State Duma deputy from the Communist Party faction) will review all criminal cases against Vladimir Stein and fully rehabilitates him. And the widow of the executed will live up to 90 years. She will have to not only raise her sons, grandchildren and great-grandchildren, but also teach Soviet children the French language, which she, of course, spoke perfectly.

Stalin said that the son is not responsible for his father. To some extent, this was true. My father disappeared in the gulag, but this did not prevent me from graduating from the university and attaining a rather high position on the Soviet social scale.

How did the fate of the sons of Vladimir Stein? The eldest, Boris, was a civil engineer. Sergey became an actor, worked for a long time at the All-Union Radio. The post-war generation of radio listeners remembers him as the director of the “Youth” program. Nikolai lived a short life, but bright. In 30, the whole country knew and loved him, because he was a famous athlete, boxing champion of the Soviet Union. As a sacred relic, I hold in my hands a membership book issued to Nicholas by the Spartak company. In 41, he voluntarily went to the front. He fought valiantly. I quote the memoirs of his commander, a well-known gymnast of the prewar period, General, Hero of the Soviet Union Gleb Vladimirovich Baklanov, who would not have written these lines if Nikolay Stein did not save his life: “I bend the corner of the shed and head-on with a German. We were both taken aback by surprise. But he has a gun in his hands. Another split second - and he probably will shoot. And at that moment, because of my left shoulder, Nikolay Stein deals a direct knockout blow to the chin to the German. The German briefly twitches his head and falls backwards. Dry shot pistol. The fascist will not rise again. ”

Here I sit and think: some uncle Vasya will read my essay at a pub and say: “Fool! It was necessary in the first battle to run across to the Germans. Those would take it with open arms. Still would! The descendant of the great baron von Stein, son of the repressed! ”What shall I say to that? First, Nikolay has only one last name from the Germans. He felt like a Russian. Secondly, as the events of the newest stories, the homeland is betrayed by the rubbish and parochial cattle, not remembering kinship. People with such genetics as Nikolai Stein did not betray either their fatherland or their comrades.

Nikolai Stein accepted his last fight from the village of Lyubavino near Naro-Fominsk on October 22 of the year 1941. And he was at that time 27 years. There he lies in a mass grave. On the obelisk is clearly read his name.

The daughter of Nikolay Stein, Irina Nikolaevna Yurchenko, devoted her entire working life to sport. She was a doctor-coach of the Soviet national teams of figure skaters, gymnasts, double fighters, equestrians. The doctor-trainer seems to be an imperceptible person, and in fact many high-profile records not only on the account of world-famous athletes, but also on the account of this smallest doctor with her medicines and syringes. The sports world knows and honors Irina Nikolaevna.

It so happened that I intermarried with the descendants of Baron Carl von Stein. Native great-granddaughter of champion Nikolay Stein became my own granddaughter. Her name is Sasha. She is well aware of her pedigree. When she was seven years old, she once said to me: “Grandfather, I cannot spank on the pope, because I am a baroness.”

Time abruptly unfolded human fate. Only Irina Nikolaevna still heals athletes. Her son, Nikolai, named after his grandfather Nikolai Stein, became an entrepreneur. Baroness Sasha works in an insurance company. The son of Sergei Vladimirovich Stein, Vladimir, who speaks Italian and French, is the editor-translator in the Gosfilmofonde. There are a lot of foreign films bought today, so there is enough work.

That's all. In conclusion, I would like to sincerely thank the widow of Sergey Vladimirovich Stein - Tamara Alexandrovna, as well as Irina Nikolaevna Yurchenko (nee Stein) and her son Nicholas for providing the most interesting historical material that formed the basis of this essay.