NASA to choose between asteroid exploration and lunar base

April 17 2013
19
The US will have to make a choice between the creation of a lunar base and the development of asteroids. According to US President Barack Obama, each of these programs will be very expensive, so there’s one thing to be chosen. Until recently, the answer to this question seemed obvious. Scientists around the world seriously enough took up the study of asteroids. However, the other day a group of congressmen submitted a draft law “On the restoration of American leadership in space” for consideration by Congress, which involves sending a man to 2022 on the moon and then creating a habitable base on the moon.


The authors of this bill argue that the idea is not to repeat the tasks that stood before the Apollo program 40 years ago. The new lunar mission sets attainable and quite clear goals for the country, which, according to the developers of the law, will return to the American space program the status of a world leader in space exploration. Also attention is paid to the fact that a person’s being on another celestial body will entail the creation of new technologies and breakthroughs in many scientific disciplines. And the experience gained during the implementation of this program can be applied in future expeditions to explore deep space, for example, flights to Mars.

If we talk about the moon, then there is still a lot of work for scientists. Since the middle of the 90 of the last century, satellites have been successfully engaged in this kind of research. According to Vladimir Surdin, an associate professor of the Faculty of Physics at Moscow State University, in the past few years, spacecraft from various countries have been operating around a natural satellite of the Earth. It is also planned to land automatic stations on its surface. Roscosmos is also preparing for such work, and human participation in such programs is not required. Rather, it even seems harmful, since it can significantly increase the cost of the program, without adding anything fundamentally new to it. According to Sudrin, today there is no need for a habitable lunar base, humanity does not yet know what it is possible to develop there and what is useful for the Earth to find. 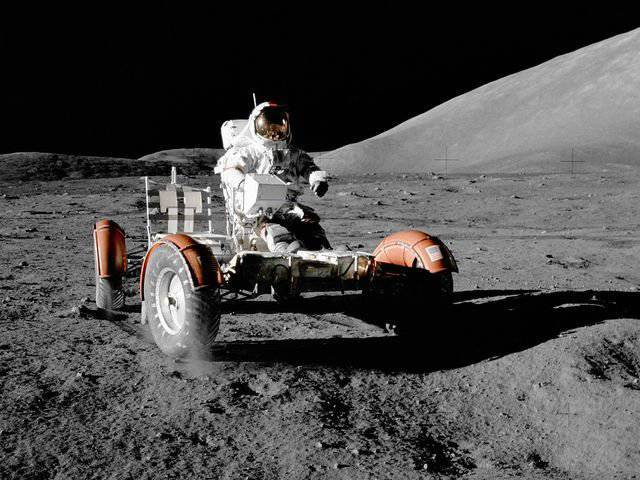 At the same time, the number of critics of the “asteroid” project is growing in America. Earlier in the United States seriously considered the idea of ​​"catching" a small asteroid and putting it into lunar orbit. Part of the amount of funding for this project in the amount of about 100 million dollars has already been included in the US budget for 2014 year. According to experts, the implementation of the entire program would require investments at the level of 2,7 billion dollars. This amount is quite adequate to the work to be carried out by scientists. She did not have examples yet. Initially, you need to find the desired asteroid. At the same time, there are quite a lot of candidates who are not so far from Earth - about 20 000 pieces. Scientists call the ideal option a small carbonaceous space body weighing about 500-550 tons and with a diameter from 7 to 10 meters. Such a small asteroid, in case something suddenly goes wrong, and it falls on the surface of the Earth or the Moon, should not cause serious harm.

Catch and tow the desired asteroid to the moon are collected using an automatic apparatus. After that, it will be possible to send space missions to it and conduct various kinds of training and experiments, including as part of the flight to Mars planned for 2030. It is assumed that if this venture was successful, astronauts could step onto the uncharted surface of the asteroid already in 2021. Previously, NASA had already planned a mission on any of the large asteroids by 2025. But, as it turned out, it is much cheaper and faster not to send a mission to an asteroid in the depths of space, but to acquire its own "home" asteroids, pulling it closer to Earth or the Moon, securing it in orbit. However, the previous version was not canceled, so it’s not entirely clear whether this is a single project or 2 are different.

Corresponding Member of the Russian Academy of Sciences of Cosmonautics Andrei Ionin believes that the very idea of ​​the US asteroid mission came into being artificially. She appeared in 2010 year, when the new president of the country, Barack Obama, canceled the moon program of George W. Bush. According to Ionin, it was necessary to pick up the goal purely for political reasons. It was impossible to simply cancel and close everything, it was necessary to choose a new direction. So the idea came up with asteroids. At the same time, there is not much sense in it, since everyone understands that this goal is not reasonable and in itself gradually recedes into the background. 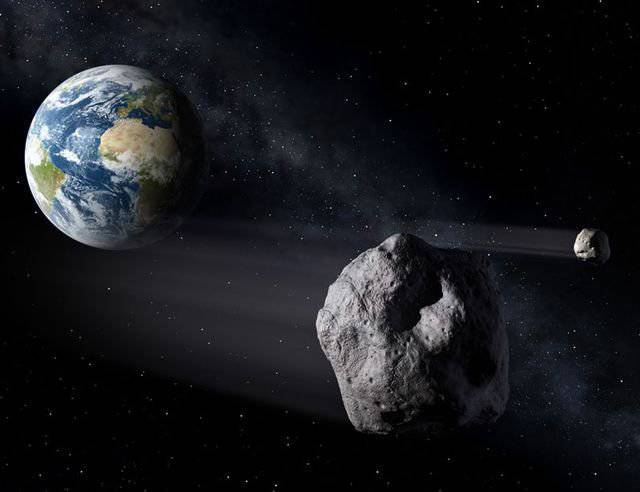 The differences of opinion about what is better for the United States in space in the next decade, was the result of a kind of ideological deadlock, which modern cosmonautics has already climbed for quite some time. After the implementation of the Apollo missions, the tasks of the same scale were never again set. Therefore, some big space project is needed today, which would allow to provide a number of conditions. Such a project should be interesting for people and businesses working in the space sphere and should be understandable for politicians and the public, says Andrei Ionin.

In his view, the flight to the asteroid does not correspond to any of the two points above. But the moon is responsible, albeit partially. At the same time, in his opinion, the only possible project that would meet all these conditions is only a mission to Mars. And the preparatory stage for such a mission would be the return of a man to the moon, but only to then fly to Mars.

As arguments in favor of the new lunar programs, US congressmen refer to the plans and programs of other states for disembarking people on the moon. Such programs are available in the PRC and Russia. But in this particular case, we are talking only about giving the topic a sharpness, and not about competition in space, says Andrei Ionin. The head of NASA, Charles Bolden, has almost certainly met the congressmen’s initiative. In early April, 2013, he confirmed the US plans for the development of asteroids, stressing that the United States is not engaged in planning expeditions to the Moon. Although it is rather difficult to imagine a situation in which a state official would make a statement that went against the space policy of the current President Barack Obama. 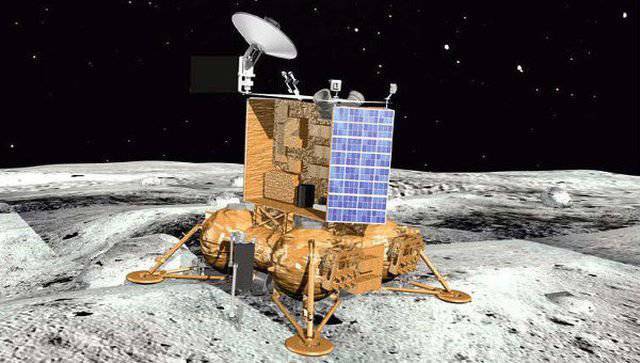 And if the US still does not fly to the Moon in the coming years, then in Russia, the Moon is chosen as the closest space target. Currently, the Luna-Glob and Luna-Resource projects are being actively implemented in Russia. The first of these is the orbital probe, which is part of the national space program, which is implemented by the NPO named after Lavochkin. This program is aimed at the study and practical use of the natural satellite of the Earth and near-moon space with the help of automatic spacecraft. Luna Resource is a more complex program that involves the use of full-fledged landing modules and lunar rovers.

At present, the control systems of the Russian Luna-Glob and Luna-Resource apparatuses, which should be launched after 2015, are undergoing significant alteration. Instead of on-board computers inherited from Phobos-Grunt, it is planned to install new on-board computers on the devices, which are used on satellites made by the AIS to them. Reshetnyova, reports RIA News with reference to its own sources in Roscosmos.

It is assumed that the first Russian lunar device "Luna-Glob-1" will be launched as early as 2015. Mainly, it is designed for testing the landing platform. In 2016, the launch of the Luna-Glob-2 orbital probe is planned, and in 2017, the Luna-Resource apparatus with the landing module is sent to the Moon. This version has more weight and significantly greater opportunities for scientific research than the Luna-Glob apparatuses.

Ctrl Enter
Noticed a mistake Highlight text and press. Ctrl + Enter
We are
Soviet lunar scientific station "Barmingrad"Our path lay across the moon ...
19 comments
Information
Dear reader, to leave comments on the publication, you must to register.