April 17 2013
54
“The fight against terrorism in the United States consists mainly in the use of scientific and technical means. Are they effective? As practice shows, ineffective. And the fact that after 2001 they could all be traced is a bluff, ”said Sergei Shestov, president of the International Public Organization of Veterans of the Special Forces of the State Security Bodies, told the VZGLYAD newspaper. 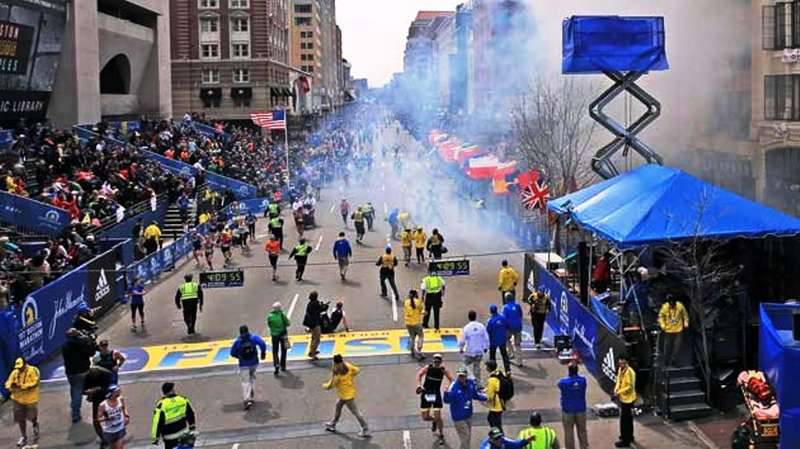 The former head of the FSB of Russia, State Duma deputy Nikolai Kovalev, on Tuesday expressed the opinion that the US intelligence services “missed” the terrorist attack in Boston. He noted that the explosion is a serious flaw in the special services of any country. However, in his opinion, the terrorist attack with explosive devices, which requires lengthy preparation, is more difficult to prevent than suicide bombings.

Kovalev explained that this time the terrorists took advantage of the fact that a large number of people had gathered at the marathon, and under these conditions it is quite difficult to carry out total control of everyone for the presence of explosives.

Speaking about the motives of the terrorists, the former head of the FSB suggested that they could choose a marathon, which is shown live on all of America, for propaganda purposes. At the same time, Kovalev did not rule out "a variant of some kind of revenge from one of the participants of the marathon, who was either deprived of the prize for something or took part for a long time in the marathon, but could not win."

And the leader of the Liberal Democratic Party, Vladimir Zhirinovsky, made a far-reaching conclusion from the incident that democracy provokes terrorist acts, RIA “News».

“Twelve years was quiet in the USA, they learned to prevent, there were many attempts of terrorist attacks, but the first one happened to the victims. This will continue because the country is huge America and because democracy provokes terrorist attacks, ”Zhirinovsky said, adding that the United States“ is bombing the Islamic world and what they can answer is only to respond with a terrorist attack. ”

Vitaly Mutko, Minister of Sport of the Russian Federation, also took the terrorist attack in Boston painfully. According to him, what happened is a serious call for Russia, which will soon have to hold the Olympics in Sochi and a number of other major sporting events. “Of course, we are tightening security measures,” he said.

The newspaper VZGLYAD asked the president of the International Public Organization of Veterans of the Special Forces of the State Security "Vympel" Sergey Shestov to evaluate the work of the American special services during the terrorist attack. 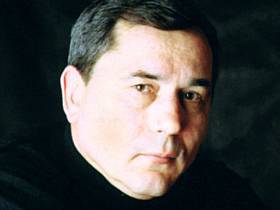 VIEW: Sergey Semenovich, are the US special services really relaxed? Why did they allow this?

Sergey Shestov: In my opinion, this is domestic terrorism. It comes from those American citizens who have decided that the “Islamic direction” of fighting evil, and the evil in this case is the United States itself, now the best, most fashionable, etc. And the security services could not prevent it. That's all.

VIEW: How can you assess the professionalism of US intelligence?

LOOK: It turns out that the measures that were taken after the September 11 attacks of the 2001 year, do not protect against serious threats?

S.Sh.: These were just technical measures. At some stage, when they said that you were constantly being watched, at every corner, etc., it worked. But a year passes, two, three, and already those who are watching get tired ...

VIEW: If we compare the security measures taken in 2001 year, and those that were on the eve of the terrorist attack in Boston, how they differ?

S.Sh.A: In my opinion, the fight against terrorism in the United States consists mainly in the use of scientific and technical means. Are they effective? As practice shows, ineffective. And the fact that after 2001, they could all track down is a bluff.

For comparison: in Germany, as is known, there is a lot of Muslim population. But it is almost impossible to carry out such sabotage terrorist acts. Because the immutable law for Germany from the ancestral times - should be conducted high-level intelligence work. Someone for some reason does not communicate information to the competent authorities, there it is impossible. Every person there must report any extraordinary event.

VIEW: In the States, an agent network is not so developed?

S.Sh.: Maybe there is an agent network there and a large, say, half a million Mexicans. But what's the use? You can flood the entire country with agents. But the network must first be effective. By the way, in England, the intelligence work is also conducted at a good level. In America, I think, more for show, they rely on technical capabilities, including in the fight against terrorism.

VIEW: What do you think, after the terrorist attack in Boston in the United States will again tighten the screws?

S.Sh.: I think they will definitely take advantage of this opportunity. And the nuts will tighten, and the unwanted evicted, and shuffle.

VIEW: Does Russia after Boston need to reconsider its attitude to security?

S.Sh.: And we have traditionally, since tsarist Russia, the intelligence work was at a good level. However, in a certain period, starting somewhere from the 1985 of the year to the end of 1990-x - the beginning of 2000-x, there was a failure in this work. And to fill the failure takes years.

As for major Russian events, for example, the Olympics in Sochi, now we have a lot of attention paid to intelligence work.

VIEW: What is the specifics of ensuring security at sports events? In Boston, the marathon was held ...

S.Sh.: There were ordinary roads. The terrorists used the method of blasting urns. By the way, our craftsmen began to use it. Back in Soviet times, two Armenians in Moscow undermined two or three urns, and we looked for them for a year and a half. This is the most convenient for them in this configuration, with a mass race.

In general, any mass gathering, a crowd of people is always dangerous, and not only from the point of view of terrorism.

VIEW: The ex-head of the FSB, Nikolay Kovalev, suggested that the terrorists decided to detonate a bomb during a marathon, as it was on the air.

S.Sh.: I think they decided to take advantage of a bunch of people. And where there is a large crowd of people, there will always be a lot of media representatives. If this were not a marathon, let's say everyone would start to dance en masse, it would be the same.

VIEW: And what does the fact that several bombs have not exploded? Inappropriate training?

S.Sh.: As I said, this is local terrorism, homegrown such.

LOOK: Do you think this is the beginning of a new phase of confrontation or just a single terrorist attack?

S.Sh.: I think this process will now go on increasing.

Ctrl Enter
Noticed oshЫbku Highlight text and press. Ctrl + Enter
We are
What you didn't want to know about EnglandRevealed the secret of provocation in the American Boston
Military Reviewin Yandex News
Military Reviewin Google News
54 comments
Information
Dear reader, to leave comments on the publication, you must to register.