April 17 2013
63
What useful did Rosnano Corporation for five years, having received more than a hundred billion rubles from the budget as a gift from the budget? Yesterday State Duma deputies tried to find out the answer to this question from the head of the corporation, Anatoly Chubais. The interest in Chubais’s brainchild is understandable, because in two years Rosnano should create a new industry with a turnover of 900 billion rubles. More recently, the leadership of Rosnano promised to overwhelm the country with flexible monitors, new optics or a cutting tool. However, while billions of rubles are measured only claims to Rosnano by the Accounts Chamber. 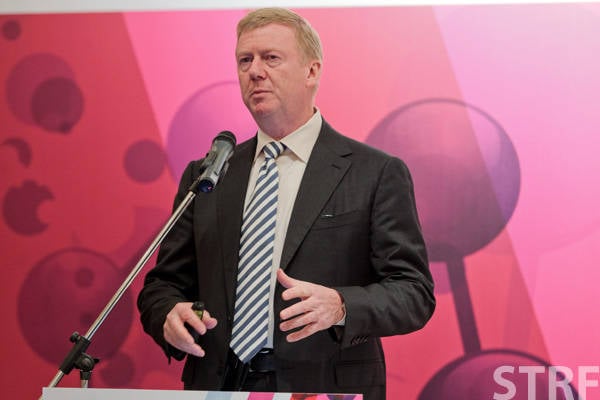 Instead of flexible monitors, new optics and cutting tools, Rosnano’s management reported an abundance of subsidiary expenditures and their revenues. “In 2012, the revenue of nanocenters amounted to 365 million rubles. The boards of directors of nanocenters approved the financing of 48 startups - new technology companies. There are more 2013 startups in the plans for the end of 200, ”Chubais said cheerfully yesterday. The main goal of creating nanotechnology centers is the development of institutions for the commercialization of research results. A key feature of these centers is the concentration in one place of technological equipment and competencies for incubating small innovative companies (marketing, management and information support).

Meanwhile, as reported by NG in the press service of the corporation, as of 1 on April 2013, Rosnano registered 2205 requests for project financing, of which 107 was approved for co-financing production projects and venture funds. The main four criteria for project approval are technical feasibility, belonging to the field of nanotechnology, the creation of production in Russia and the planned annual revenue of at least 250 mln. Rub. five years after the start of the project. "In total, as of 1 April, Rosnano finances 100 production projects and funds in which the corporation invested 133 billion rubles, and co-investors invested over 130 billion," the press service explained.

Meanwhile, Chubais’s brainchild may soon have problems, and very serious ones. The Accounts Chamber (JV) is preparing a report on the audit of its activities, and last week the JV’s auditor Sergey Agaptsov announced “significant violations in the work of the company”. Earlier, the initiator of the check - the Communist Party faction in the State Duma - noted that from 36,3 billion rubles invested by Rosnano in the 61 project in 2011, only 0,17% fell on its own funds. All other investments are borrowed funds received from the placement of bond loans and from banks that have provided Rosnano with loans under state guarantees. “Over the same period, Rosnano deposited 29,4 billion rubles,” the deputies calculated, and the company spent 11 billion on interest payments on debt only in the period from March 31 to December 2011 in December. Moreover, as noted by the first deputy chairman of the State Duma, Ivan Melnikov, “the average salary of an official in this structure is 4,1 thousand rubles. per month".

Representatives of the nanocompany announced in early April that they are preparing to write off about 22 billion rubles, insuring against unsuccessful investments. Among the projects that did not bring her success was a flexible plastic computer, which Anatoly Chubais presented to President Vladimir Putin in 2011 year. It was on him that the corporation lost billions of rubles ...

According to the leading expert of the engineering company 2K, Sergey Voskresensky, Rosnano, which today is a conductor of innovative solutions in Russia, is moving at a rather slow pace along the path of technical progress. “This confirms one of the latest examples: about 3 billion rubles. the company lost in the production of plastic logic "bent" plates. "Rosnano" could not compete with the giants of the electronics market, - he said. “Meanwhile, the early sale of flexible monitors was planned for May last year ...”

Also, as Voskresensky reminds, there is an opinion in the expert environment that some of today's inventions of Rosnano are based on materials discovered by scientists in Soviet times. That is, some of the latest developments of the domestic nanotechnology corporation are Soviet inventions in a new capacity. “In general, we can conclude about the laboriousness of today's implementation of innovations in the Russian Federation,” the analyst complains.

Ctrl Enter
Noticed oshЫbku Highlight text and press. Ctrl + Enter
We are
Armament and equipment acquired for the modernization of the "Admiral Nakhimov"
63 comments
Information
Dear reader, to leave comments on the publication, you must to register.