What happens if the Minister of Education Livanova is dismissed?

April 17 2013
103
It seems that in the absence of such a person as Anatoly Serdyukov in the Russian government, all popular “love” has spread to the head of the Ministry of Education and Science, Mr. Livanov. And if the publication “Military Review”, which is not indifferent to the present and future of the Russian education system, began to draw readers' attention to Lebanon, excuse me, for a long time, then only today the activities of the Minister of Education of the Russian Federation and the ministry headed by him began to be interested, let's say, real wide.


The matter even reached the point that the main educational reformer of the country, who continued Andrei Fursenko’s “great achievements”, got into the topical issues of the Russian Twitter segment. The name of Dmitry Viktorovich was thoroughly highlighted in the service of microblogging in a very eloquent form. #LivanovDavayDOsVidaniya...

This phrase is the quintessence of that all-Russian discontent with the policies of the ministry as a whole and its leader in particular, which has been rapidly gaining momentum lately. The Russian public, expecting “in exchange” for Fursenko, an initiative and soul-sick minister for the domestic system of education and science, received a kind of clone, which periodically allowed itself to issue such tirades from which people from that very environment of education and science looked at each other and turned their eyes to the side. 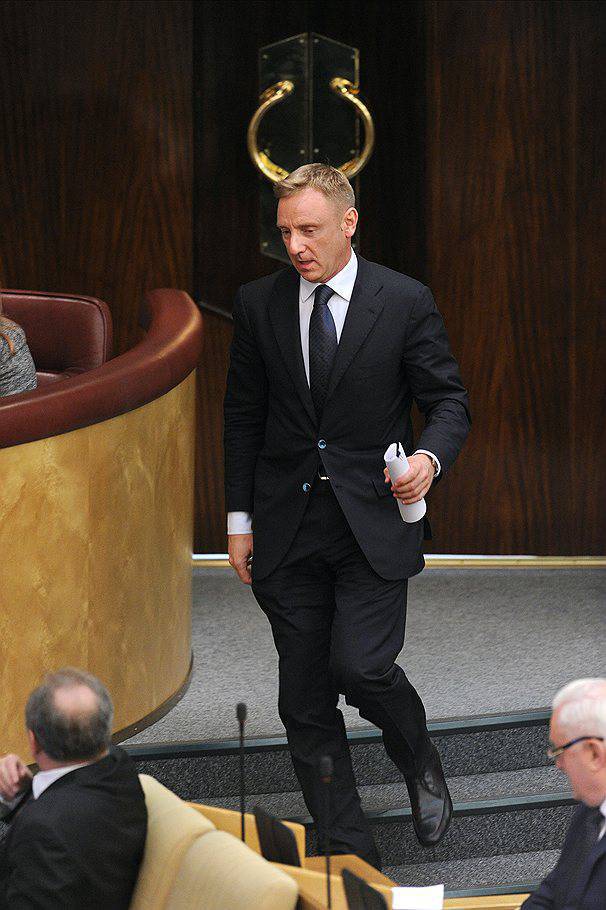 We present to your attention a selection of quotes that have made a lot of noise from the currently acting Minister of Education of the Russian Federation.

I believe that this form of organization of science in the 21-th century is unpromising. She will not live, she is not viable. But she lives with us ... What I depend on, I will do in order for this situation to change.
It turns out that Dmitry Viktorovich directly declares that he is ready to go to any length, so that the system of organization of Russian science ceases to live at all. Well, if translated into the category of medicine, then the meaning is approximately as follows. The doctor bent over the patient and said: of course, the patient will not live, but while he is still breathing. And I will do everything that depends on me to stop breathing as quickly as possible ...

A sort of Mr. Euthanasia for education and science.

If in 10-15 years such a public consensus is fixed, one can safely say that we have achieved the final result of the changes that are taking place today.

Analyzing this statement, one can come to the conclusion that, in the opinion of the Minister of Education, only after a decade and a half Russia will be able to reach a common opinion on the reform. But here Dmitry Viktorovich should uncover the mystery: the public consensus on the implemented model of education reform in Russia has already been reached: the overwhelming majority of people see the variations of educational system reform evident in the chosen Ministry of Education as obvious and huge drawbacks, beyond which any existing advantages are barely distinguishable.

We voted, colleagues, why go back?

This is a kind of ministerial version of the famous phrase "Carthage must be destroyed." Indeed, if we started to tear down, then “why go back” and think about the deed, giving in to the desire to fix something after all ...

As soon as we get away from universal free higher education, mechanisms will appear that will help attract valuable personnel to enterprises. For example, an educational loan. If a good education is expensive and the person is forced to pay for it, he will be able to take out a loan, and the future employer will pay it in exchange for obligations.

Amazing words for a person who positions himself as a government official, advocating the development of Russian science and education. If we even reach the point where the educational sphere is relocated on credit rails, then this system will have to put a large oak cross. Can you imagine the crowd of employers who will repay their educational loans for their potential subordinates? .. If such employers exist in Russia, then they will be able to erect bronze monuments with statues up to their full height.

Well, and finally, the main pearl Dmitry Livanov on how to properly vote on a particular issue:

Unfortunately, we cannot give the full version of this ministerial quote to our subordinate, which appeared not so long ago on live television, for moral and ethical reasons. But on 99%, the activists of the notorious movement FEMEN, who quoted Dmitry Viktorovich with small bills on their half-naked bodies, could afford it, and also entering the trend, demanded the resignation of Livanov ... It is noteworthy that the “vocal” girls “excited” news not about the strangeness of reforming the education system in Russia, but the total introduction of the Antiplagiat system in Russian universities. This introduction, according to FEMEN, can provoke widespread harassment of female students by university professors. They say, Livanov, do not block off the oxygen they write off ... Well, a kind of answer to the Lebanon logic ...

However, all twitter trends and performances of girls with a naked torso is one thing, but the collection of signatures by State Duma deputies for the resignation of an ineffective minister is quite another. The initiative to "build" Dmitry Livanov in the "rank" of the EX-Minister is being acted upon at once by three Duma factions: the Communist Party of the Russian Federation, justice and the Liberal Democratic Party. In addition, supporters of the resignation of the Minister of Education and Science are in the party of power. In particular, a deputy from the United Russia faction Vladimir Burmatov (deputy chairman of the Duma Committee on Education and Science), who not so long ago, responding to the Military Review question about why the Committee could not counteract the promotion of the ambiguous Education Act, said that this document was concocted at the Ministry of Education and Science, and the Committee could not counteract these developments, decided to strike at the Ministry of Education from the other side. Burmatov decided to check the activities of such a university as MISiS for the period when Dmitry Livanov was at the helm of this university. According to Vladimir Burmatov, it was precisely at that time that the 57 of millions of budget rubles evaporated at the university, and the criminal case on this issue was hushed up. Now the Chamber has to verify this information. If the data about which the deputy Burmatov speaks turns out to be reliable, then new questions will be added to Livanov, and not only in terms of educational reform ...

And now about what will happen if Livanov is really decided to dismiss. If we take into account that we (something to hide) were happy about the resignation of the previous minister Fursenko and pinned hopes on the minister of the new (Livanov, in fact), will the Lebanon resignation bring positive results for Russian education and science? Since the task is to complete the initiated (dubious reform option) to the end, here Livanov is just an ordinary member of this reform, who conducted it on certain patterns that he inherited from the previous leadership of the ministry. And so one Livanov will leave - another Livanov will come, who will also first be met with applause, and then we will begin to scratch our heads ...

It turns out that the change of the Fursenko-Livanovs' places will not change the result as long as the plans of the chosen reform option themselves are methodically put into practice.

In general, Dmitry Viktorovich, if you really stand up for the development of the Russian scientific and educational system, then it is time to finish making a garden. You did not take loans for training at one time ... But your university, because there were no “sufficient” foreigners in it, and you clearly had problems with “self-sufficiency”, did not record ineffective ones. And the system in which the Nobel Prize winners in physics work was not recorded as unviable. And for some reason, at that time no one had any questions about the quality of education and science in the country. So, the dog is buried in a slightly different place ...

Ctrl Enter
Noticed a mistake Highlight text and press. Ctrl + Enter
We are
Another Penalty Ministry
103 comments
Information
Dear reader, to leave comments on the publication, you must to register.