Briefly about the status of the Pacific Fleet

April 17 2013
109
Before the collapse of the Soviet Union, Pacific development fleet special priority was given. This operational-strategic association of the Soviet Navy carried out a number of especially important tasks, which were the reason for the corresponding attitude towards it. Nuclear strategic submarines of the Pacific Fleet were on combat patrol in the Pacific and Indian Oceans and were ready at any time to launch a nuclear missile strike on enemy territory. Surface ships and multipurpose submarines tracked the movement of ship groups and submarines of the likely enemy, and the specially created 8th operational squadron patrolled the Indian Ocean and the Persian Gulf. Unfortunately, after the collapse of the USSR, the Pacific Fleet, like other components of the country's defense, lost the necessary support at the state level. As a result, in a few years its potential decreased significantly and even two decades after the start of catastrophic changes, the Pacific Fleet is far from its previous capabilities. 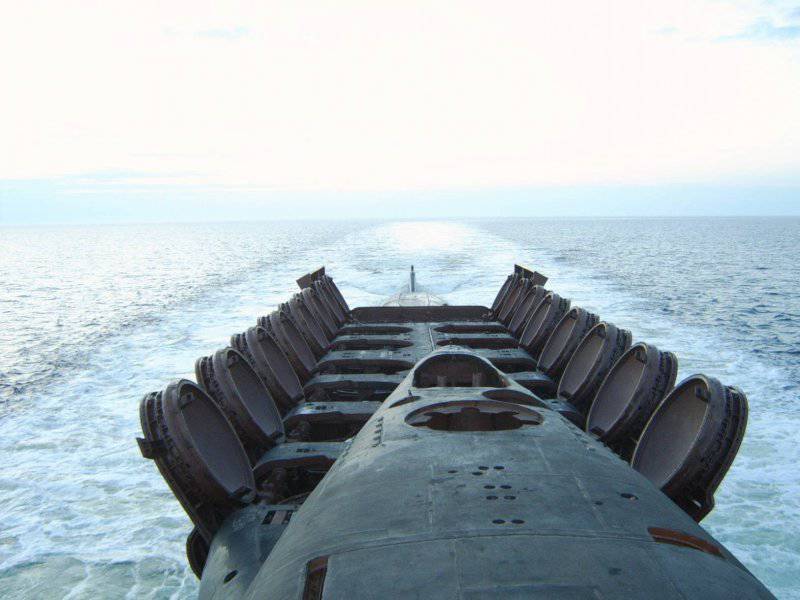 Currently, the Pacific Fleet has only three submarines capable of carrying strategic missiles. These are the ships of the Kalmar XNUMBDR project: K-667 Podolsk, K-223 Saint George the Victorious and K-433 Ryazan. The newest of them, Ryazan, began service in the 44 year and is now under repair. Three "Kalmar" Pacific Fleet - the last representatives of this project in the Russian Navy. Ten other submarines were decommissioned and disposed of or are being disposed of, and another one (K-1982 Orenburg) was converted into a carrier of ultra-small submarines. Thus, over the next few years, all the remaining boats of the 129BDR project will be withdrawn from the fleet due to moral and material obsolescence.

The state of the Pacific Fleet multipurpose nuclear submarines does not look so bad. The fleet includes five submarines of the 949A Antey and 971 Pike-B projects. Six multi-purpose submarines of both types are currently under repair. It is worth noting that the progress of repair of one of the submarines (K-391 "Bratsk" of the 971 project) was recently severely criticized by Defense Minister S. Shoigu. The fact is that this submarine has been at the dock for six years and the only noticeable result of such a repair is the enormous expenses of the Ministry of Defense. The date of the return of "Bratsk" in the composition of the combat-ready forces has not yet been named. 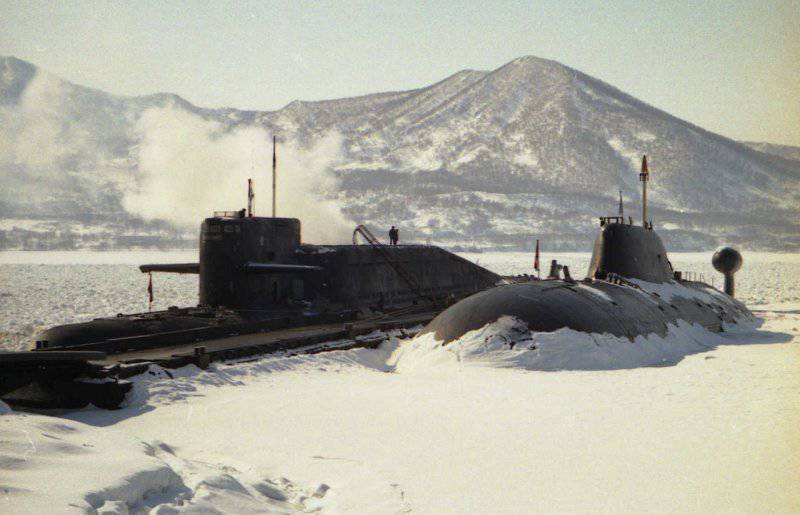 The best situation is observed with diesel-electric submarines. Of the eight submarines of the 877 "Halibut" project, at present, only two of them are B-187 and B-394. All the others are in the ranks and ready for combat service. At the same time, 877 boats are not the youngest in the Pacific Fleet. They began their service from 1988 to 1994 year. For comparison, the last "Antey" (K-150 "Tomsk") joined the fleet a little later, in 1996. 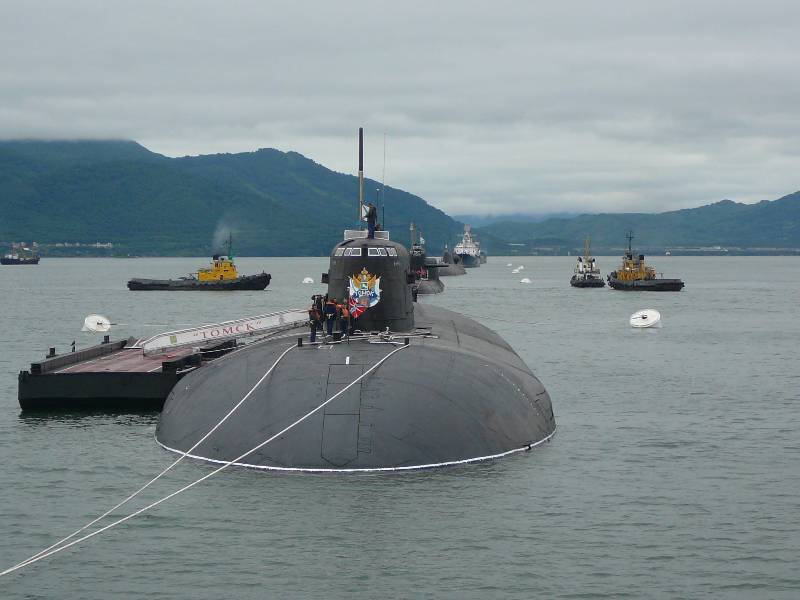 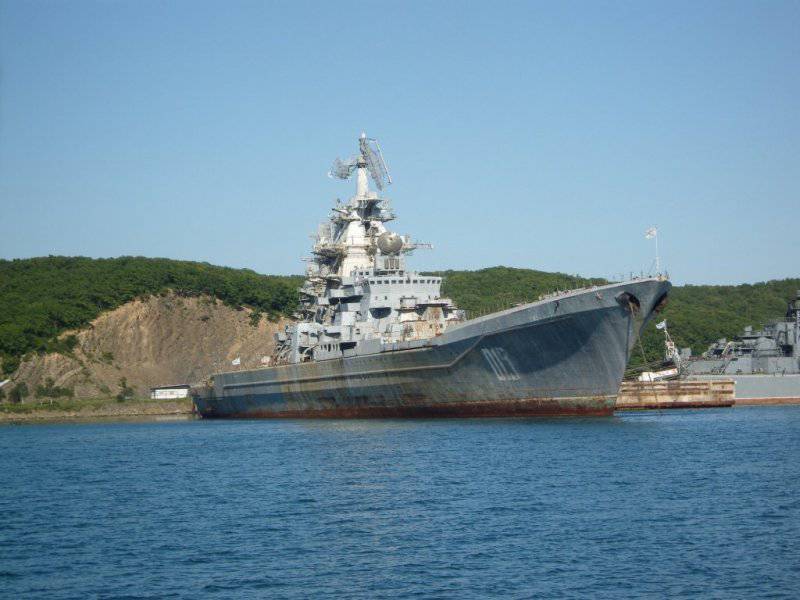 The situation with missile cruisers looks depressing. The largest ship of this class, the Admiral Lazarev of the 1144 Orlan project, has been in sludge since the end of the nineties. From time to time there are messages about the possible repair and modernization of the ship, but for now they remain just words. The second missile cruiser of the Pacific Fleet is in the ranks and is its flagship. This is “Varyag” of the 1164 “Atlant” project. This cruiser is actively involved in various exercises and campaigns. According to various estimates, “Varyag” will be able to serve another 15-20 years. With timely modernization, this period can be significantly increased. 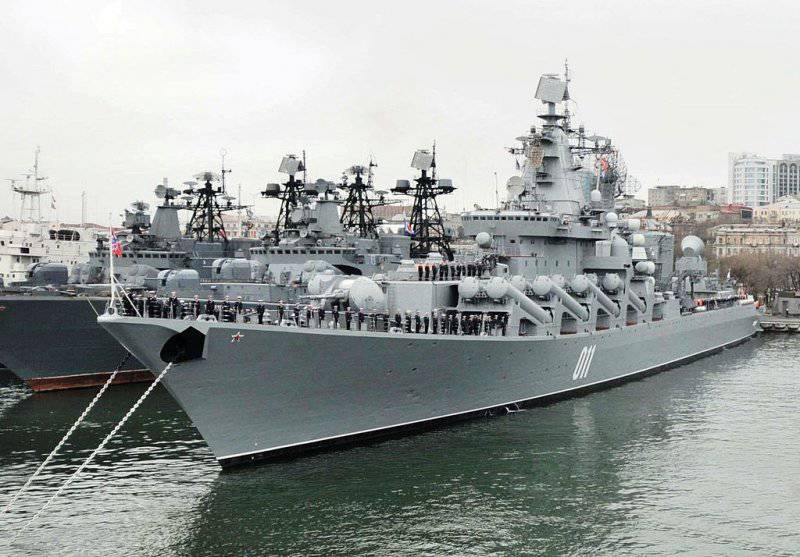 The Varyag cruiser in Vladivostok in 2010 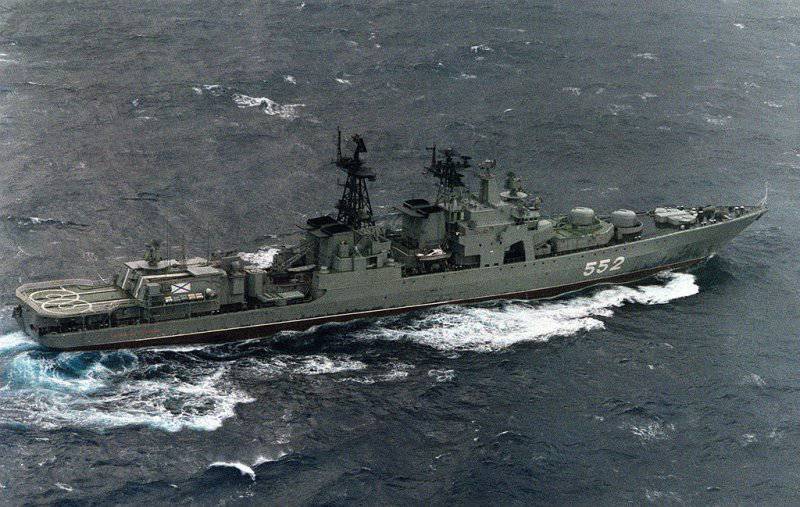 Against the background of other ships stand out large anti-submarine. All four BOD projects of the Pacific Fleet 1155 (Marshal Shaposhnikov, Admiral Tributs, Admiral Vinogradov and Admiral Panteleyev) are in service. Despite some minor problems inherent in the operation of any such ship, all large anti-submarine ships of the Pacific Fleet can perform the tasks assigned.

With the destroyers of the project 956 situation is much worse. Of the four such ships in the ranks, now only one is “Fast.” "Fighting", "Stormy" and "Bezboyaznny" are under repair or conservation. In the future, it is planned to modernize and return all these ships to the composition of the Pacific Fleet.

It is easy to see that the Pacific Fleet lags far behind the North in terms of quantitative and qualitative composition. In addition, various sources claim that at least half of the ships and boats of the fleet are in operation with exceeding the recommended turnaround time. Also, a number of ships exceeded the estimated service life or is approaching it. In recent years, construction of several ships has begun, which will serve in the future in the Pacific Fleet. Over the next few years it is planned to seriously upgrade the material part of this operational-strategic alliance. 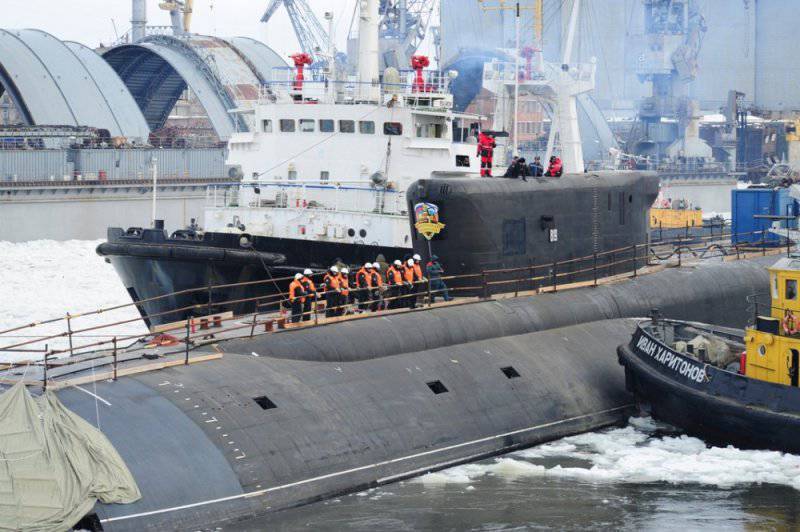 First of all, it is necessary to note the strategic submarines of the Borey 955 project. The Alexander Nevsky, the second submarine of this project, will be part of the Pacific Fleet. Also in the fleet bases in the coming years the first two universal landing ships of the Mistral type will come. The transfer of these ships is scheduled for 2014 and 2015 years. Before 2020, the Pacific Fleet will receive several 20380 project corvettes, anti-diversion boats of the 21980 Rooks project and several types of landing craft. In addition, repairs and upgrades of the heavy rocket cruiser Admiral Lazarev are possible, and similar work continues on destroyers of the 956 project and the submarine Ryazan.

In the future, it is planned to update a large number of surface ships and submarines of various types. Some time ago, a new organization appeared in the United Shipbuilding Corporation specifically: the Far Eastern Center for Shipbuilding and Ship Repair. The responsibilities of this organization include coordinating the actions of various enterprises and providing full service to ships and auxiliary vessels of the Pacific Fleet. Moreover, it should be noted that the creation of the Center is only the first step. Judging by the situation with the submarine "Bratsk", it will take a lot of checks and structural changes before the Far Eastern shipbuilding and ship repair enterprises can fully carry out the tasks entrusted to them.

It is also necessary to address the topic of infrastructure Ships cannot serve without properly equipped berths, etc. At the end of March, an article appeared in Izvestia, in which, with reference to a certain representative of the Ministry of Defense, they spoke about the degree of readiness of the base in Vilyuchinsk to receive the new Alexander Nevsky submarine. According to the source, the new pier and a number of auxiliary facilities necessary for the service of submarines were planned to be completed a year ago, but they are still not ready. In this regard, it is alleged that the Minister of Defense decided to personally inspect the planned location of the placement of the infrastructure and approve it. In addition, it is required to build infrastructure for submariners: houses, schools, hospitals, etc.

All the necessary work and measures are associated with large expenditures of finance, effort and time. However, there is no choice. During the time that has passed since the collapse of the Soviet Union, the number of ships of the Pacific Fleet has decreased by about two times. This accordingly hit both the prospects of the fleet itself and the defense capability of the whole country. Now there is an opportunity to engage in updating and improving the fleet and it needs to take advantage. Despite all the financial, political, social, etc. the problems that plagued our country in past years, the importance of the Pacific for the Russian Navy remains the same. It should still be powerful and combat-ready fleet.

Ctrl Enter
Noticed a mistake Highlight text and press. Ctrl + Enter
We are
Atomic torpedo and multipurpose submarines. 671 project16-I Red Banner Squadron of submarines
109 comments
Information
Dear reader, to leave comments on the publication, you must to register.