"Our ancestors are Scythians ..." 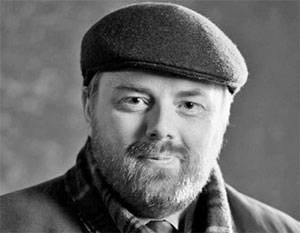 There was a paradoxical situation - despite the fact that historical the processes on the Russian Plain were much more organic than the historical processes in Western Europe, our history begins as if from scratch.


"Our ancestors Scythians were brave riders and fine connoisseurs of art." Nothing bothers you in this phrase? I, frankly, no. Although it was built on the pattern of an anecdote phrase from a French textbook, according to which African children in the colonies allegedly taught history: “Our ancestors of the Gauls were tall, blond and blue-eyed”.

Mark Ferro in his remarkable book “How a story is told to children in different countries of the world” (M., 1992, p. 37) strongly refuted this myth, referring to the study of Denise Bush - in colonial Africa of the era to which the anecdote relates to school only the white descendants of the Gauls walked, and French historical thought did not even include the Celtic heritage in its horizon. It began with Clovis and the Soissons bowl.

The expansion of French history into Celtic Gaul began later, but was so thorough that it gave rise to this anecdote — after all, it’s obvious that everything started with the Gauls, that Obelix is ​​the direct ancestor of Gerard Depardieu. And now, Fernand Braudel in his latest study "What is France" devotes a third of the second book to the Gallic period and the deep historical structures left by the Celts. At least yesterday (what happened to the French identity today - I don’t know, no matter how new textbooks “Our Ancestors Living in Timbuktu ...”) for the French, there was no doubt that their national history does not begin with Chlodwig and even not from Vercingetoriga, but from the first painters of the Lasko cave.

Anyway, a similar expansion of Russia into its own past, it seems, did not take place. If they remembered about the Scythians, it was in the form of Vasnetsov’s curious picture “The Battle of the Scythians with the Slavs”, or in no less curious lamentations of Blok: “Yes, we are the Scythians! Yes, Asians are we, With slanted and greedy eyes! ”And this is despite the fact that by that time the works of one of the greatest historians who ever gave birth to Russia, Mikhail Ivanovich Rostovtsev, were published, in particular,“ Hellenism and Iran in southern Russia ". Everything was told there about the Indo-European origin of the Scythians and their lack of "slanting eyes", about their cultural synthesis with the Hellenes ...

From the pre-revolutionary “history of Rurik” we moved to the “history of the USSR”, which was a scattered mosaic of mechanical inclusions of republican stories in the Marxist model of Russian history. Do you remember what was written in the classic Soviet textbook of Nechkina-Leibengrub for the 7 class about the same Scythians or about the Greek cities of the northern Black Sea coast? Me not. Although for some reason I remember unexpectedly detailed stories about the kingdom of Urartu or the revolt of Babek. I also remember an unexpected patriotic pride in the Tripoli culture — it seems the only attempt to somehow integrate the Russian Slavonic past of the Russian Plain into an (inter) national model of history.

For those who are older, there were still experiments by academician B. A. Rybakov with the contact of the Gerodotsky Scythians-plowmen to the Slavs. The very logic of this experiment was unexpectedly biologizing for Soviet internationalism. If the “Scythians-Pahari” are Slavs, then this is our history, and if not, then it’s not ours either. The author of these lines least of all can be suspected of inattention to the ethnic origin in history, but such a question is absurd in essence and educationally harmful.

A paradoxical situation has arisen - despite the fact that the historical processes on the Russian Plain were much more organic than the historical processes in Western Europe, our history begins from scratch, as it were, from the Slavic settlement in the 7 century. At the same time, we subconsciously compete with Western Europe, where the French are the ancestors of the Gauls, the British Celtic leader Boudick resists the Romans, the Germans of the same Romans smash Arminius in the Teutoburg Forest, I generally keep quiet about the Italians and their direct origin from Mars through Ray Silvius.

Why, at the same time, Russian history begins with the second act - I don’t really understand. Neither from the position of modern science, which prefers to study the history of a long time span, nor from the position of patriotism and pedagogy, which should eradicate the complex of historical inferiority, and not contribute to it. The result is that our educator and half-educator invents and absorbs designs of pop history, Fomenkovism, “Etruscans are Russians,” “Protorus cities of Sunghiry,” filling up the need for an epic scale that cannot be found in textbooks.

In my subjective opinion, of course, there will be no misfortune if our schoolchild begins to study his native history with a detailed and colorful story about the finds in Kostenki, Sunghiri, Malta and even if he encounters such a paradoxical (but gradual entering into circulation) expression, civilization of mammoth hunters ".

If they tell him about the oldest metallurgical centers in our country and its protocities, the curtain over which the excavations of Arkaim were opened (why this topic was, in fact, left by our science to the occultists and the mentally ill, I am also not very clear).

If he finds out that it was from the Russian steppes that the broad expansion of Indo-Europeans, which changed the face of the ancient world, was launched.

If he realizes that those Scythians, the mounds of which were scattered across the Russian steppe, these are the Scythians who defeated the Assyrian empire and terrified the Ancient East for several decades — its quiver was like an open coffin; they are all men of courage ”(Jer. 5: 16).

If he gets an idea of ​​the strategic role played by the victory of the Scythians over Darius and the best Persian troops in that huge Persia could not crush the small policies of Greece.

If he perceives as his legacy of the Greek Black Sea cities - their art, the urban way of life and civic consciousness brought by them.

If the tragic picture of the rapid creation of the Black Sea power is ready and the fall of it is under the blow of the Huns - an event that changed the history of Western Europe, where the Goths and Huns came, and Eastern Europe, where they left, freeing the place of the new historical forces.

If, finally, the dispute about the Vikings, which he is doomed to find out, will take place for him not in the void of ideological confrontations, but in a particular node of the closest relations between the Slavs, the Scandinavians and (let's not forget!) The Balts and Finns in the Circum-Baltic region.

And when, finally, in the 882 year, with the capture of Oleg Kiev, a single Russian state will appear on the historical scene, it will appear before our schoolchild as the fruit of thousands of years of historical processes, and not as a random, isolated and incomprehensible phenomenon.

Ctrl Enter
Noticed a mistake Highlight text and press. Ctrl + Enter
We are
What you didn't want to know about EnglandOn the other side of the "red" and "white." Report Izborsk club
98 comments
Information
Dear reader, to leave comments on the publication, you must to register.