Texts of the military oath of a number of foreign states 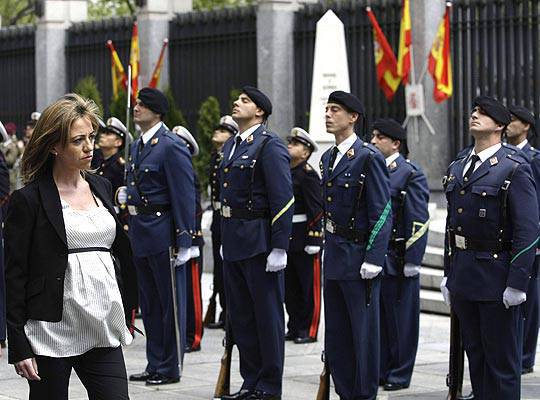 Raising the question of how the text of the military oath in Russia was transformed, it would be natural to compare the text, at least of the latest edition, with the text of the oath in the armies of foreign states. Which I did not fail to do. Based on a comparison of the texts, I would like to draw some conclusions. But I want to hear one, I made these conclusions, or someone will come to something similar, so I omit my conclusions. SO:

I (name, surname, patronymic) enter military service and I swear to the people of Ukraine to always be faithful and faithful to them, honestly carry out military order, orders of commanders, adamantly implement the Constitution, laws of Ukraine, keep state and military secrets.

I swear to protect the Ukrainian state, adamantly stand guard over its freedom and independence.

I swear not to change the people of Ukraine.

If, however, I break this solemn oath of mine, then may the severe punishment of the law and the universal contempt of the people befall me.

I, a citizen of the Republic of Kazakhstan (surname, name, patronymic), joining the Armed Forces, take the oath and solemnly swear to the last breath to be loyal to the people of Kazakhstan and its lawfully elected president, faithfully observe the Constitution and the laws of my sovereign state.

I swear unquestioningly to fulfill the duties entrusted to me, military regulations and orders of commanders and superiors, to endure withstand and military service.

I undertake to conscientiously study military affairs, to protect military and national property, to strictly keep military and state secrets.

I swear to be the courageous and courageous defender of my homeland, the state interests of independent Kazakhstan.

If I break the military oath taken by me, then let me be beaten by the severe punishment set by the laws of the Republic of Kazakhstan.

In case of non-performance of their duty, let me be punished to the fullest extent of the law.

As a member of the Armed Forces of the Republic of Albania, I swear to be a loyal soldier of my people, a worthy, brave and disciplined soldier. I will fulfill all the requirements of the Constitution, laws and will be ready at any time and in any place, without sparing my life, to defend the Fatherland. And may the most terrible punishment of the law fall upon me if I break my solemn oath! I swear

I swear allegiance to the Constitution of the German state and my home country, I swear at any time as a brave soldier to defend my Fatherland and its legitimate institutions and to obey the state president and my superiors.

Oath of the Wehrmacht soldier

I take this sacred oath before God that I will unquestioningly obey the Supreme Commander of the Wehrmacht, the leader of the German state and people Adolf Hitler and will be ready as a brave soldier at any time to lay down my life for my oath.

I swear at all times to faithfully serve the German Democratic Republic, my Fatherland, and protect it by order of the government of the workers and peasants from any enemy.

As a soldier of the National People’s Army, I swear to always be ready on the side of the Soviet army and the armies of the socialist countries allied with us to defend socialism from any enemies and give their lives for the sake of achieving victory.

I swear to be an honest, courageous, disciplined and watchful soldier, to show unquestioning obedience to superior military officials, to execute orders with all determination and always strictly keep military and state secrets.

I vow to consciously master the knowledge of the military, to comply with military regulations, always and everywhere to support the honor of our republic and its National People’s Army. If I ever break this solemn oath that I have given, let me suffer severe punishment according to the laws of our republic and the contempt of the working people.

The oath of the Bundeswehr soldier

I swear to faithfully serve the Federal Republic of Germany and bravely defend the rights and freedom of the German people. God help me!

I, a soldier of the Polish Army, hereby swear to faithfully serve the Republic of Poland, defend its borders and independence, abide by the Constitution, protect the honor of the Polish soldier and defend the flag. If the need arises, I swear not to spare either my blood or my life for the sake of my country. And may God help me in this!

I (first name, last name) solemnly swear to remain loyal to the United States of America, to faithfully serve them against any enemies, to obey the orders of the President of the United States and the appointed senior officers in accordance with military law. God help me!

I (last name, first name), taking office (indicated position or rank), solemnly swear to support and protect the Constitution of the United States from all its enemies, foreign or domestic, to treat it with faith and devotion. I accept this obligation freely, I understand it literally and have no purpose to violate it. I will perform in good faith and in good faith the duties imposed on me by the title I receive. God help me!

I hereby swear on my honor that in peace and war, on land, at sea and in the sky, always and everywhere I will serve my nation and my republic with faith and love. I will obey the laws, the rules and my commanders. I will cherish the honor of the army and the glory of the Turkish flag more than my own existence. If necessary, I am ready to spare no life in the name of the country, the republic and the debt.

I (last name, first name) promise to God, omnipotent and omniscient, to be a worthy citizen devoted to the Finnish state. I will honestly serve my country and will put all my strength to strengthen its happiness and well-being.

I will be everywhere in any conditions, in peacetime, as in wartime, to protect my Fatherland, its constitutional state system and the legitimate head of state.

If I find out about something that threatens the legitimate head of state or the foundations of the country's constitutional order, I will immediately inform the authorities.

I will under no circumstances leave the location of the military unit to which I belong, or my post within this unit and until the last forces I will perform the task that is entrusted to me.

I promise to behave honestly and openly, to obey my military commanders, follow the laws and orders, and also keep official secrets that are entrusted to me.

I will also keep exactly with my mates arms and I will help them.

I will never break my call of duty, whether due to kinship, friendship, envy, enmity, to receive gifts, or for any other reason.

If they put me in a leadership position, I pledge to be fair to my subordinates, take care of their well-being, learn about their desires, be their advisor and leader, and will also strive to be a good and inspiring example for them. I will do all this, following my honor and conscience.

In Sweden, taking the oath replaces the solemn ceremony, during which the commander read out to the recruits the Soldier’s Memo, the text of which is approved by law.

Since you have just begun your basic military education, I remind you of what it means to be a soldier in the service of our country.

The Swedish Self-Defense Forces are designed to safeguard our peace and our independence. They must protect our freedom to determine their own legal structure and their culture. If Sweden is attacked, we must use force to prevent our country from falling into the hands of the aggressor.

The strength of the Self-Defense Forces and the security of the country are determined by your personal contribution and the contribution of all of us and our general willingness to cooperate in order to solve the tasks entrusted to us.

The significance of your contribution is determined by the knowledge and skills that you acquire during the period of study, and by your will to achieve your goals.

Both in peacetime and in wartime, we must consciously and without sparing our forces solve the tasks set before us and observe the established order.

We must be vigilant about anything that could threaten the security of a country. By our personal example, we must strengthen solidarity and a healthy mind in the Self-Defense Forces. If war breaks out, we must work together to defend our country until our last breath.