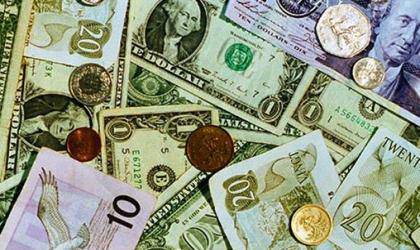 Since April of this year, the topic Offshore leaks has become a hit of the world media. Against its background, even the theme of Cyprus has faded. Offshore leaks is broadly understood as a leak of classified information about offshore companies and their customers.

This is a well-planned global operation. On April 4, leading media outlets from various countries almost simultaneously produced a sensational news that a certain organization called the International Consortium for Investigative Journalism (ICCRM) has a powerful database of offshore companies and their clients. The total size of the files at the disposal of the MCLR exceeds 260 gigabytes. This is 160 times more information about embassy reports that Wikileaks made public in 2010 year ... The ICCR files contain 2,5 of a million documents: 122 registration data of thousands of offshore companies in the British Virgin Islands; lists of persons using offshore companies; copies of personal documents, including passports; correspondence; information on banking operations and other databases related to world-class politicians and businessmen, major companies and banks. Documents have a different dating, the earliest of them were born 30 years ago. The documents include the names of 130 thousands of people from 170 countries.

At the first stage of this operation, a certain anonymous author collected primary information on offshore companies. How much time he collected it, what methods of obtaining information used, we do not know. Maybe, the ICFH, some journalists know the answers to these questions, but they are silent: they say, we cannot put our informant at risk. Although we note that to obtain such an array of information to one person can not do. By the way, the version of such a loner has already appeared in the media - as unbelievable as the version that 11 of September 2001 of the year was the work of a handful of terrorists led by bin Laden.

The second phase began in January 2012. The database for offshore companies was transferred by an anonymous organization of the ICCR. It was a huge array of poorly structured and weakly systematized information. Actually, the MCLR began work on putting this semi-finished product in order, using, besides its own journalists, the media capabilities of a number of countries. The main work was carried out in the field. The largest external participants in the project were the Air Force Broadcasting Corporation and the British The Guardian. In the course of the work, the data received from the anonymous author was supplemented by new information that the participating journalists extracted. Programmers and IT specialists from the USA, Great Britain, and Costa Rica were involved in the work. At this stage, the operation received the official name: “Secrecy For Sale: The Global Offshore Money Maze” (“Secrecy for sale: inside the world maze of offshores”). Work at this stage was not only not hidden, but also received advertising in the media. At the end of 2012, a tiny fragment of an offshore database (BDO) was published for a dozen offshore companies and their management schemes. It was a powerful time bomb.

The third stage began in early April 2013. Through the media of different countries, separate fragments of the database were made public. In each country, these are a few selected "authorized" media. In Russia, for example, Vedomosti and Novaya Gazeta act as such “authorized” media. It is noteworthy that the organization of the ICWR, which serves as the holder of BDO, has banned the national media that use BDO from transferring any documents from the database to law enforcement and competent authorities of their countries. Apparently, there is a risk to light their informants. So, the message has already passed that the German media refused to provide the German authorities with information about local tax dodgers, which were mentioned in their first publications in April.

The third stage of the measured emissions of information from the BDO can take many years. However, already the first portions of the “information trotyl” can lead to revolutionary upheavals in the modern world order.

Many wonder: what are the objectives of the operation? There is, of course, the official purpose to which the ICFD refers. This is the fight against offshore companies, which have become an insurmountable brake on social and economic development. It is hard to argue with the fact that the process of offshore global economy has gone too far. The most recent valuations of those assets that are hidden in the shadow of offshore companies are called: from 21 to 32 trillion. dollars (almost half of global GDP). Only the loss of budgets as a result of tax offshore clients leaving taxes each year is measured globally by hundreds of billions of dollars. As of 2011, the US budget losses from tax underpayment were estimated at 345 billion dollars, including through the use of offshore tax dodgers around 100 billion dollars. In the European Union, through the use of tax optimization schemes and gross tax evasion, losses reach 1 trillion Euro. However, how much of this amount can be charged to offshore companies, we do not know. If we proceed from the percentage of the United States, we get 290 billion euros, or at least 350 billion dollars. Total for the EU and the USA, annual tax losses due to offshore "holes" amounted to about 450 billion dollars.

Many believe that the fight against offshore companies is just an excuse covering other goals. A review of world media shows that in many publications, not the offshore companies as such, but individual oligarchs, politicians, statesmen, are the main targets. The targets are individual countries. Sometimes - world famous banks, transnational corporations, financial groups.

One of the versions of the real motives of the operation is to strike a specific blow to a specific offshore in order to overtake the money of their clients into a small group of “chosen” and “untouchable” offshores. Please note that almost all BDO documents are related to the offshore, called the British Virgin Islands (BVI). This territory due to the high degree of secrecy of information about the owners of companies is one of the most reliable and popular offshore companies. Since 1984, when the UK overseas territory declared itself a "tax haven", the islands have sold more than a million companies whose real owners do not disclose their names. In the press release of the ICCR, besides the BVI, other offshores are also mentioned - Singapore, Hong Kong, Cook Islands. However, it is emphasized that they are considered only to the extent that they act as "branches" of the British Virgin Islands.

However, there are other versions of the true objectives of the operation: not to “bomb” a separate offshore, but to destabilize the world economy as a whole, cause a political crisis in individual countries and ultimately translate the world into a state of controlled chaos. At the same time, the operation of Offshore leaks is considered not as an independent, but as a link of a more extensive, global plan. In this case, the operation of Offshore leaks is a logical continuation of the operation to undermine the banking system of the offshore island of Cyprus.

Of course, the objectives of the operation Offshore leaks can only be judged fortunately. Since the most important organization participating in the project is the ICHR, it raises numerous questions. Information about it is very scarce, it is only known that it was created in 1997 year. The central office is located in Washington. It includes journalists from 160 countries around 60 (88 journalists from 46 countries are involved in the Offshore leaks operation). The ICWR was created as a project by the large public organization Center for Public Integrity (CPI). The CPI is sponsored by the Knight Foundation, the Ford Foundation and George Soros. All this leads to the idea that the operation has truly global goals.

In the first batch of materials published by the media, we see a variety of defendants. They can act in documents under different titles: the beneficiary, shareholder, owner, owner, recipient of “trust services”, director, owner, co-owner, principal, etc. All of them are united nevertheless by the fact that these are “tax draft dodgers”. In the list of tax evaders, you can find the names of politicians and officials, businessmen and swindlers, members of wealthy families and bankers from different countries - from the USA, Great Britain, France, Canada and Germany to Russia, Ukraine, Mongolia, Azerbaijan, Venezuela, Iran, Indonesia India and the Philippines. The Guardian points out: according to the documents, the largest number of owners of offshore companies is recorded in China, Hong Kong, Taiwan, the Russian Federation and the former Soviet republics. The list also includes the names 4 of thousands of US citizens.

In addition to offshore companies and individuals, various intermediaries also appear in the documents, which act as a kind of “pilot” for individuals and legal entities that fall into the intricate labyrinths of offshores. Mediators are different: law firms, trust funds, banks, gasket companies, etc. Mediators sometimes act as beneficiaries, but intermediate. Sometimes complex chains of intermediate beneficiaries line up in order to securely keep the real owner, the ultimate beneficiary, secret. As for the role of banks in offshore schemes, then, according to the ICCR, the German banking giant Deutsche Bank, the American JP Morgan and the Swiss UBS and Clariden are most active here.

Already a few days have passed since the first volley from the guns Offshore leaks. Government and political figures from a number of countries have managed to react. The tax services and law enforcement agencies of Germany, Great Britain, Belgium, India, Greece stated that they would consider the issue of verifying public facts related to their citizens. And the Minister of Finance of Luxembourg declared his readiness to cooperate with other EU countries on the exchange of information on clients of tax evading banks. This means that the main banking offshore of continental Europe made it clear that he was ready to start dismantling the institution of banking secrets following Switzerland. Only the government of Austria decided to go against the stream. It reassured clients of Austrian banks, stating that it is not going to “hand over” them to the tax authorities of other countries.

Ctrl Enter
Noticed a mistake Highlight text and press. Ctrl + Enter
We are
The Status-6 Ocean Multi-Purpose System is a strange leak about the new Russian nuclear weapons."Black holes" of the world economy
46 comments
Information
Dear reader, to leave comments on the publication, you must to register.